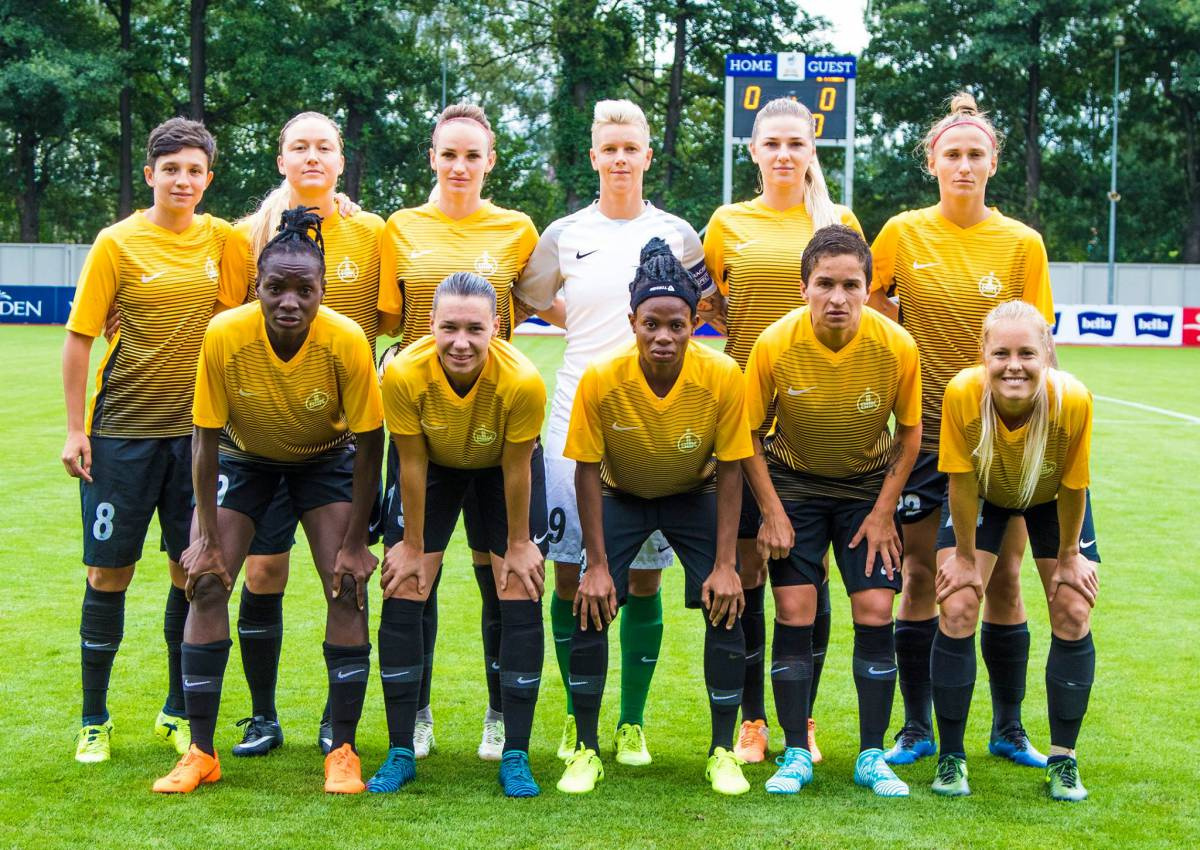 FC "BIIK-Kazygurt" defeated "Barcelona" in the first match of the round of 32 of the Women's Champions League.

The match took place in Shymkent. Kazakhstani footballers opened the scoring in the time added to the first half. The captain of "Barcelona" Alexia Puteljas scored an own goal.

In the second half, the Kazakhstan team managed to double their lead thanks to the goal of Fazila Iquat. In the 60th minute Gulnara Gabelia scored the third goal.

After six minutes, the forward of "Barcelona" Tony Duggan scored one goal.

The return match will be held on September 26 in Spain.

Kazakhstan Women's Team Participates in the First Futsal Euro 2019
UEFA C Licence - Second Training Module
Lost to Slovenia
Slovenia U21 - Starting Line-Up
Kazakhstan U21 - Starting Line-Up
Football Lesson Project Master Class For Teachers Held in Astana
Stadium In Aktau May Host KFF And PFLK Matches
Stanimir Stoilov: "We have serious problems in attack, if we score only one goal for two games"
Koldo Alveres: "Our team is increasing..."
Failed to Win in Andorra
Up