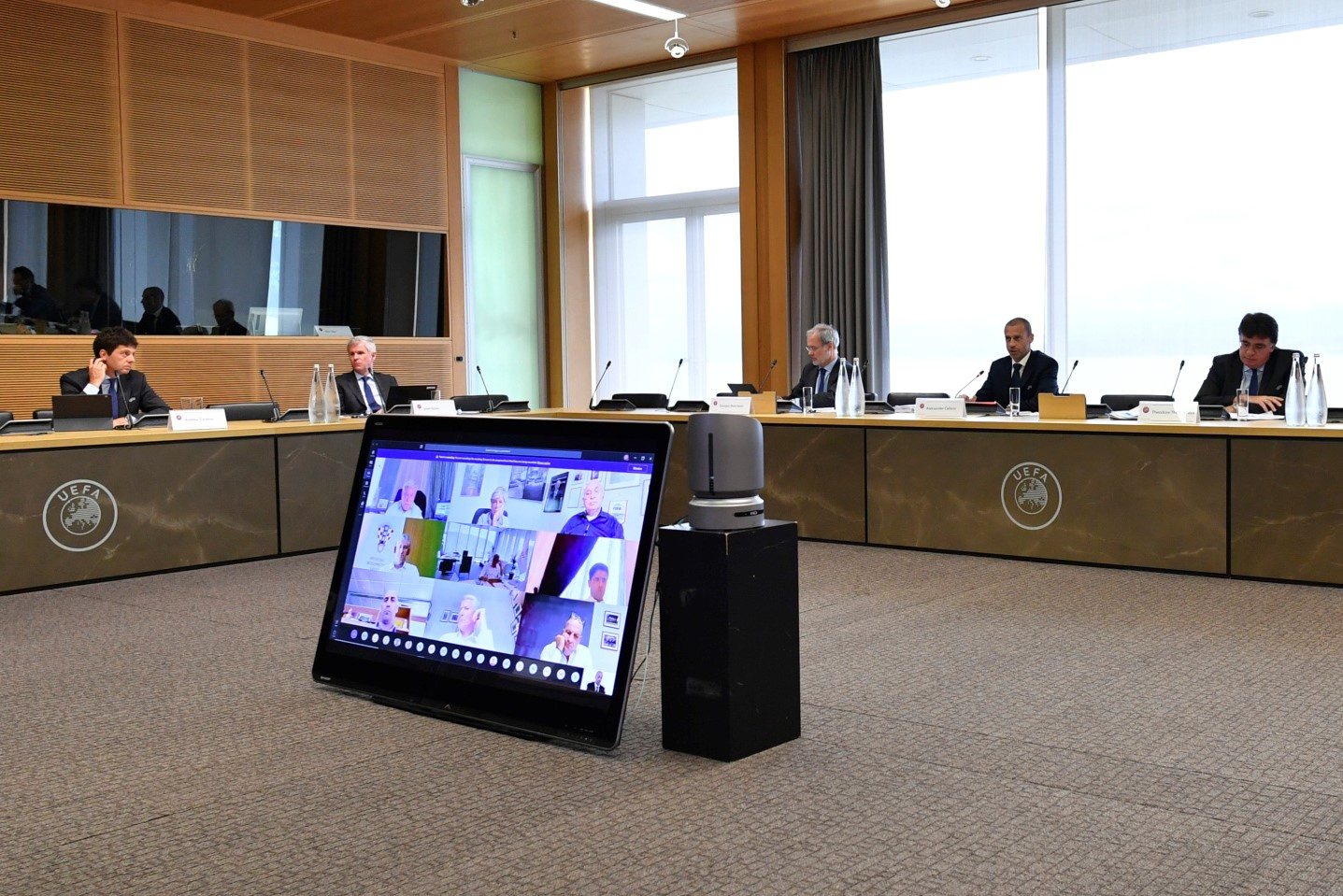 The UEFA Executive Committee today met via videoconference and took several decisions regarding the regulations, format, calendar and venues for a variety of UEFA club and national team competitions.

"I am delighted that we are able to resume almost all of our competitions. I am confident that we will not have to endure the fans’ absence for long and that they will be allowed into stadiums sooner rather than later.

"UEFA took a bold decision when it decided to postpone EURO 2020. But in doing so, we created the space which has allowed domestic club competitions across the continent to resume, where possible, and play to a conclusion. While the game has suffered huge difficulties as a result of the pandemic, those blows would have landed much harder if we had not shown leadership in those early days.

"The football community has worked together and shown tremendous unity during this unprecedented crisis. I would like to thank FIFA, our sister confederations, national associations, clubs, leagues, players and the relevant authorities for their continuous support and commitment and I am convinced that we come out of this crisis stronger and with closer links than ever before.

"It is of the utmost importance for us not only to complete our men’s and women’s competitions but also to finish our youth and futsal competitions whenever possible. We are firm believers of their importance and significance of the overall growth and development of the game, and I am delighted that we found solutions to stage the final rounds of all those competitions. Particularly with the Women’s Champions League, it was important to send a strong signal that it is possible to complete this season, in a time where women’s sports have suffered substantially. This competition has exciting times ahead with the format change in 2021/2022 and we want to enhance the momentum in the women’s game, not lose it.

"Finally, I would like to convey a heartfelt message of appreciation and gratitude to the hundreds of thousands of unsung heroes who worked tirelessly on the frontline during the COVID-19 pandemic. It is their dedication and bravery that has allowed our societies and football to return so quickly. Without their effort and sacrifices, none of this would have been possible."

All decisions taken today by the UEFA Executive Committee are listed below:

The key principles of the UEFA medical protocol were approved, and detailed guidelines will now be finalised over the next few weeks to ensure that a thorough sanitary plan be put in place to protect the health of all participants to UEFA matches when the competitions resume.

UEFA will be regularly assessing the situation across the continent and will liaise with local authorities to see when spectators could gradually return.

Quarter-finals, semi-finals and the final will be played as a final eight straight knock-out tournament at the Estádio do Sport Lisboa e Benfica and the Estádio José Alvalade in Lisbon between 12 and 23 August 2020.

The remaining Round of 16 second-leg matches will be played on the 7/8 August, pending a decision on whether they will take place at the home team’s stadiums or in Portugal.

The Estádio do Dragão in Porto and the Estádio Dom Afonso Henriques in Guimarães will be added to Lisbon venues for the Round of 16, if necessary.

The draws for the 2019/20 UEFA Champions League quarter-finals and semi-finals will take place on 10 July 2020 at UEFA’s headquarters in Nyon and the exact match schedule will be communicated following such draw.

All quarter-final and semi-final matches will go to extra-time and penalty kicks in case of a draw at the end of the regular playing time. The same regulatory change will likewise apply to matches in the other competitions for which the same decision has been taken.

Istanbul, which was originally appointed to stage the 2020 final will now host the 2021 UEFA Champions League Final, whereas the venues for subsequent finals have all agreed to host these a year later than originally planned, with St-Petersburg in 2022, Munich in 2023 and London (Wembley) in 2024.

Quarter-finals, semi-finals and the final will be played as a final eight straight knock-out tournament in Cologne, Duisburg, Düsseldorf and Gelsenkirchen between 10 and 21 August.

The matches FC Internazionale Milano v Getafe CF and Sevilla FC v AS Roma, whose first leg was also postponed, will be played as a single leg at a venue to be confirmed.

All subsequent matches in the competition will be played as a final eight tournament, with quarter-finals on 10/11 August, semi-finals on 16/17 August and the final in Cologne on 21 August, all kicking-off at 21:00CET.

The draws for the 2019/20 UEFA Europa League quarter-finals and semi-finals will take place on 10 July 2020 at UEFA’s headquarters in Nyon and the exact match schedule will be communicated following such draw.

Gdańsk, which was originally appointed to stage the 2020 final will now host the 2021 UEFA Europa League Final, whereas the venues for subsequent finals have all agreed to host these a year later than originally planned, with Sevilla in 2022 and Budapest in 2023.

All remaining matches in the competition will be played as a final eight straight knock-out tournament at the San Mamés Stadium in Bilbao and the Anoeta Stadium in San Sebastián, with quarter-finals on 21 (18:00CET) and 22 August (20.00CET), semi-finals on 25/26 August at 20.00CET and the final taking place in San Sebastián on 30 August at 20.00CET.

A draw will also take place at UEFA in Nyon on 26 June to determine the order of matches and the final match schedule will be communicated following such draw.

The UEFA Women’s Champions League finals of the coming years will take place in Gothenburg (2021), Turin (2022) and Eindhoven (2023) as originally planned.

Teams will be allowed to register three new players on their List A for the remainder of the 2019/20 season, provided such players were already registered and eligible for the club since the last registration deadline (3 February 2020 for UEFA Champions League and UEFA Europa League; 18 March 2020 for the UEFA Women’s' Champions League). List A will still only be able to contain a maximum of 25 players. It will not be possible for clubs to register newly-transferred players.

Five substitutions will be allowed in all the remaining matches in season 2019/20, in accordance with the temporary change to the Laws of the Game, whereas the number of substitutions for season 2020/21 will remain at three.

The remaining Round of 16 match(es) (pending the outcome of disciplinary proceedings on FC Internazionale Milano v Stade Rennais FC) will be played on 16 August in Nyon, and a final eight tournament will be staged at the Colovray stadium in Nyon between 18 and 25 August 2020.

Quarter-finals will take place on 18/19 August, semi-finals on 22 August and the final on 25 August.

The 2020 UEFA Super Cup which was originally due to be hosted by Porto, will now be played at the Puskás Aréna in Budapest on 24 September 2020 at 21.00CET.

The following editions of the UEFA Super Cup will take place as originally scheduled in Belfast (2021), Helsinki (2022) and Kazan (2023).

In order to achieve the necessary separation with the final phase of the 2019/20 season and avoid impact on the access list and on clubs potentially involved in both competition phases, the qualifying rounds of the two competitions will be played in single legs (instead of home and away), with the only exception of the UEFA Champions League Play-offs which will remain over two legs. The draw will determine which club will play the single leg in their stadium.

The new calendar of the qualifying phase and group stage 2020/21 is as follows:

Preliminary round: 8 and 11 August

There are no changes to the dates of the subsequent rounds.

The group stage draws for the 2020/21 UEFA Champions League and UEFA Europa League will take place in Athens at the Stavros Niarchos Foundation Cultural Centre on 1 and 2 October 2020 respectively.

The qualifying round draw will take place at the House of European Football in Nyon in the first week of September.

The 12 original host cities have been confirmed as venues for the final tournament in the summer of 2021 and consequently the updated match schedule was also approved.

All existing tickets remain valid for the tournament in 2021. Existing ticket buyers who nevertheless wish to return their ticket(s), will have a final opportunity to request a refund from 18 June to 25 June via euro2020.com/tickets. Dates for potential future ticket sales including for fans of the four teams that will qualify via the play-offs will be confirmed at a later stage.

The UEFA Executive Committee also expressed its appreciation to the host associations, host cities and their authorities for their continuous support and commitment in organizing the postponed UEFA EURO 2020.

The national team football windows of October and November 2020 will now feature triple-headers instead of double-headers, thus allowing the postponed European Qualifiers Play-Offs to be rescheduled at the beginning of the respective windows, on 8 October and 12 November.

Friendly matches will be played on 7/8 October and 11/12 November.

The fixtures with confirmed dates and kick-off times will be announced in due course on UEFA.com

The qualification competition that is currently underway will finish in September, October and November 2020. The nine group-winners and the five best runners-up will be joined by hosts Hungary and Slovenia for a group stage of four groups of four from 24 to 31 March 2021, with groups hosted by Hungary and by Slovenia.

The four group-winners and the four runners-up will then qualify for the final tournament which will be played as a straight knock-out final eight (quarter-finals and semi-finals in Hungary and Slovenia and the final in Ljubljana) from 31 May to 6 June 2021.

The Elite Round will take place between 12 and 20 September, whereas there will be a final eight straight knock-out competition from 4 to 10 October. The tournament, which serves as qualification to the FIFA WU-17 World Cup, will be hosted by Sweden pending final confirmation.

The Elite Round will take place between 2 and 8 September.

The final tournament will be split over two periods. A group stage featuring two groups of four teams will be held between 7 to 14 October in Northern Ireland.

The two group-winners and the two runners-up will qualify for the finals, whereas the two third-placed teams will participate in a play-off match to determine the fifth team qualified for the FIFA Under-20 World Cup. All such final matches will be played in Northern Ireland between 11 to 14 November.

The UEFA Futsal Champions League Finals will be played in Barcelona with semi-finals, a third-place play-off and the final from 8 to 11 October. Minsk which was originally appointed to host the 2020 finals will now host next year’s finals in April 2021.

The play-offs have been rescheduled between 2 and 11 November 2020.

The qualifying rounds play-offs will take place between 2 and 11 November, whereas the group stage and play-offs will be played between 6 December 2020 and 17 November 2021.

The final tournament will take place between 1 and 7 November 2021.

The 2020/21 edition of the competition has been cancelled.

The introduction of the recently approved new format with teams split into three different leagues with promotion and relegation and a final tournament involving eight teams in the summer of 2022 has been postponed to the 2021/23 edition of the competition. Consequently, there will be a 2021-22 UEFA European Under-19 Championship played under the standard format that had been used until now.

The UEFA Executive will meet again tomorrow to discuss further matters as announced in media release 027. 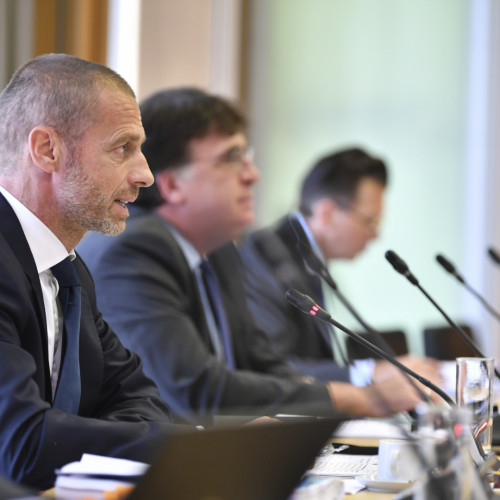 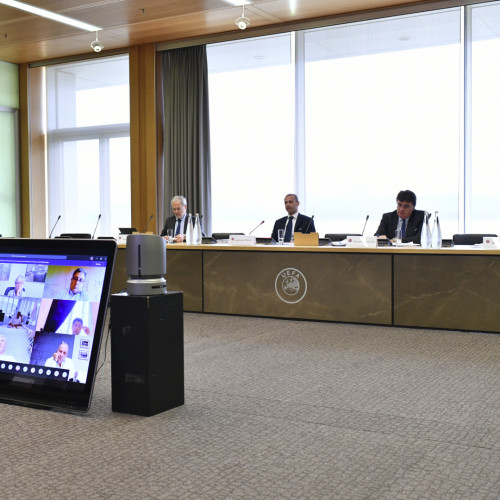 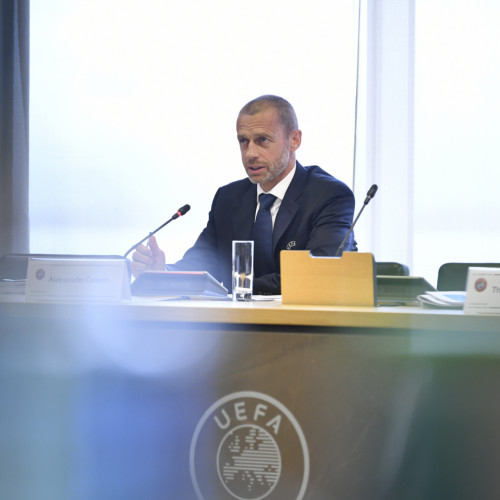 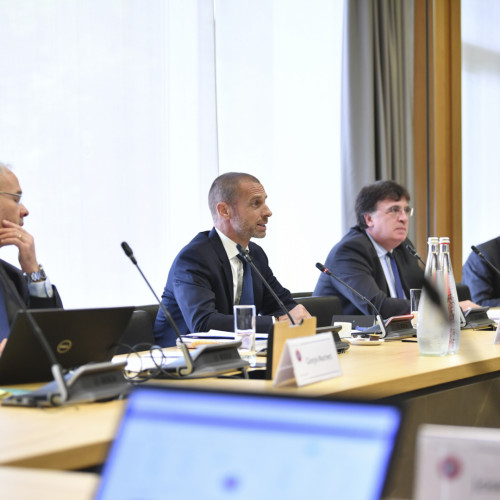 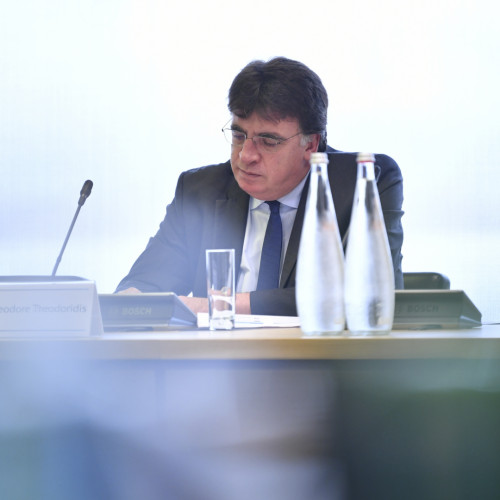 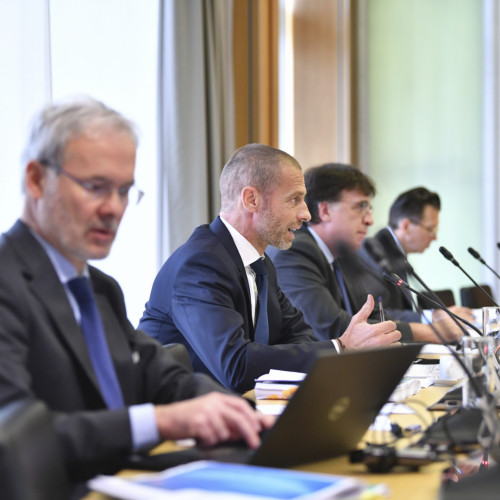 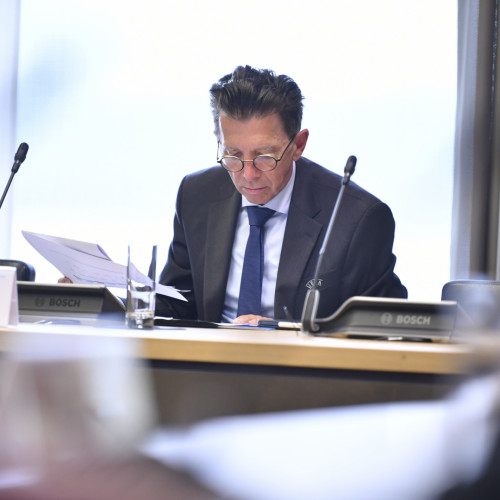 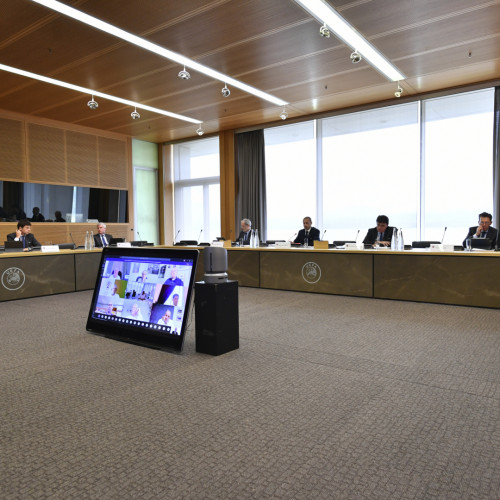