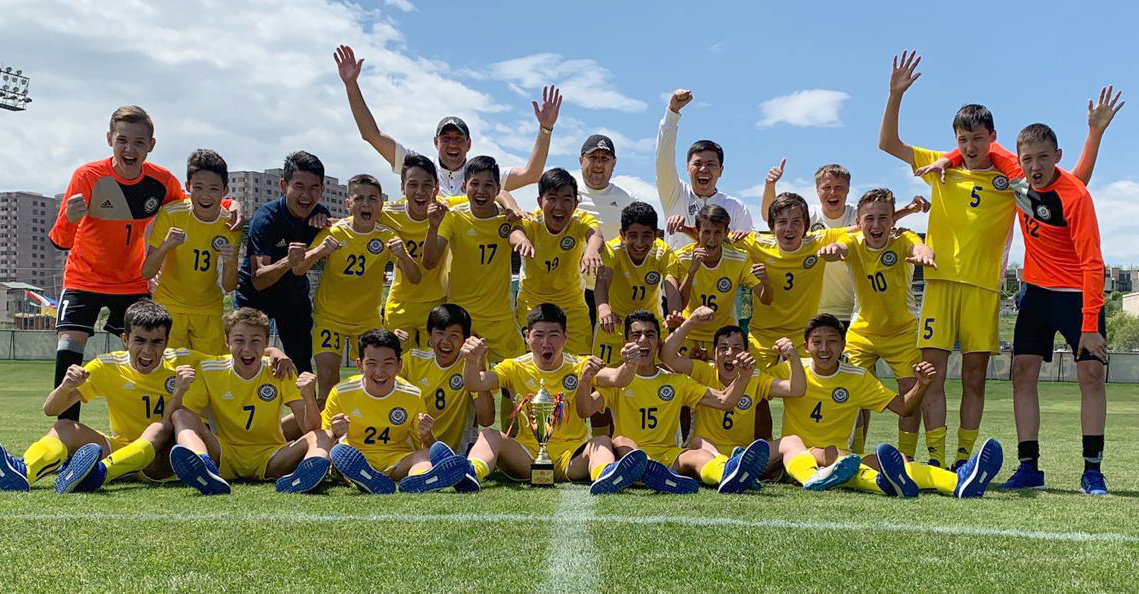 The Kazakhstan national U15 team took the first place at the UEFA Development Cup 2019, which was held in Armenia.

In total, three national teams took part in the tournament. Our team played two matches. In the first match, Kazakhstan with a minimum score lost to the hosts - 0:1, but in the second game, Kazakhstan achieved a major victory over the national team of Belarus - 4:1.

In addition, our team coached by Alexander Kuznetsov played a friendly match with the youth team of the Armenian Banants and won with - 2:1. Olzhas Baibek and Koshali Izmullayev scored goals for Kazakhstan.