On June 12-13, the Kazakhstan Football Federation held a training seminar in Astana for Kazakhstani arbitrators. It was attended by 27 chief referees of the  Kazakhstan Championship and Kazakhstan Cup.

The event was attended by the FIFA  and UEFA inspector, member of the UEFA Referee Convention Panel Alan Snoddy from Northern Ireland. The 63-year-old specialist attended during the tests for refeees, got acquainted with the new composition of the Refereeing Committee, with the leaders and employees of the KFF Refereing Department.

At the end of the seminar,  Mr. Snoddy presented a project of the main changes in the 2018/2019 Games Rules. 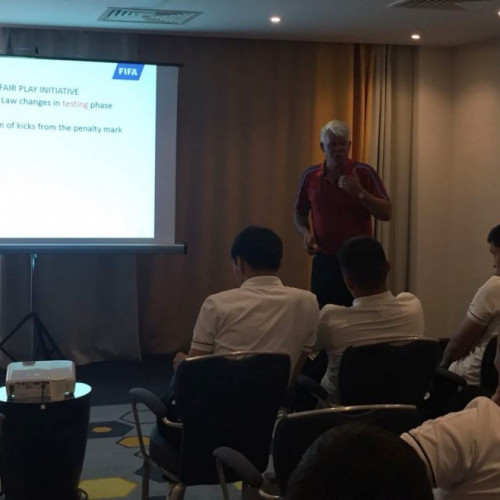