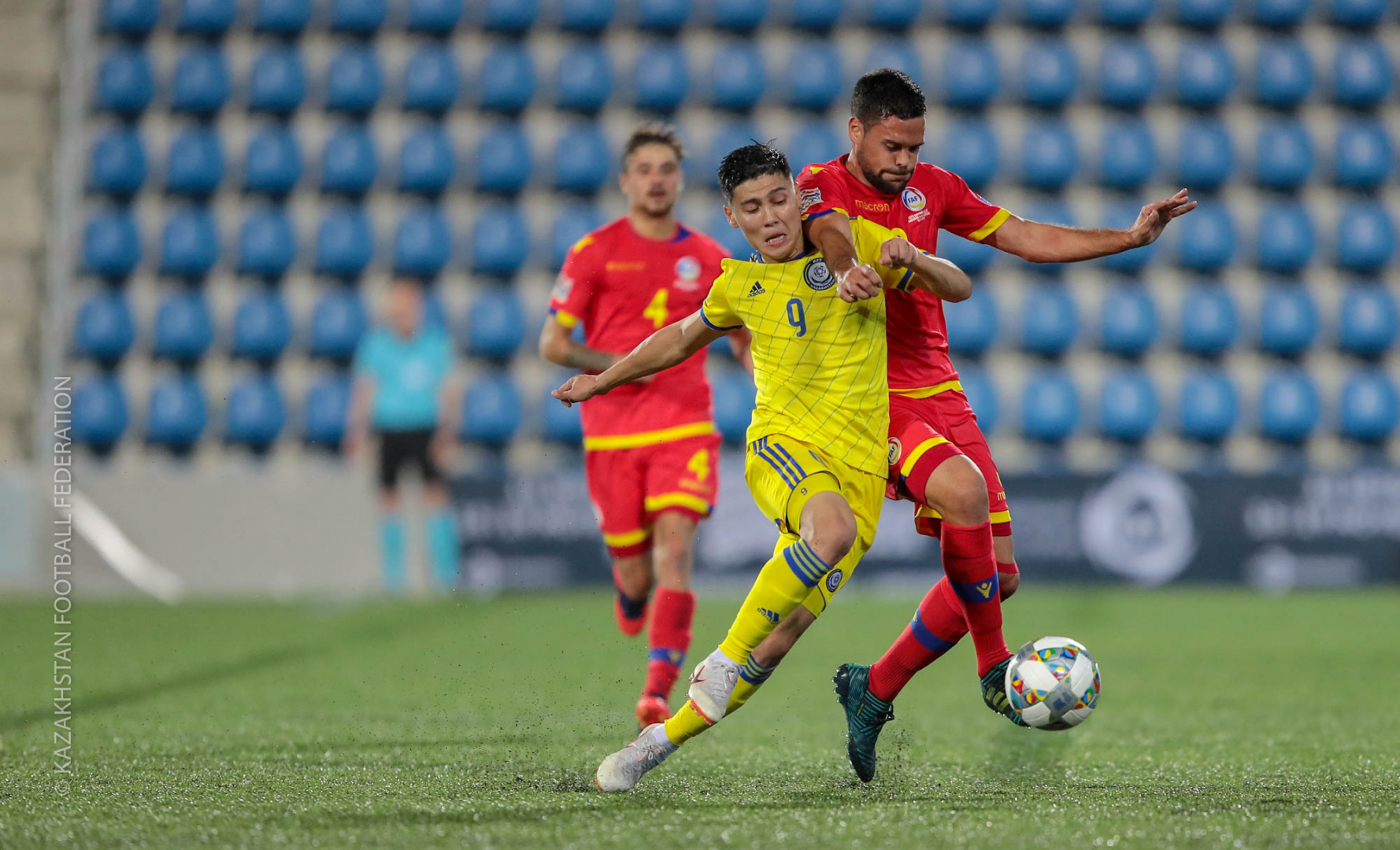 The second match of the UEFA Nations League gave only one point for Kazakhstan.

As expected, the match began with a confident game of Kazakhstan. Our players tried to flank attack, the team captain Dmitry Shomko tried especially hard.

In the middle of the first half, Kuat kicked from outside the penalty area - the shot went strong and hit the captain of the rivals' team Lima.

The first half was completely under the control of our team, but with no goals scored.

The second half began in the same manner as the first. Kazakhstan continued to press, the team attacked more aggressively. At the beginning of the second half, Kazakhstani footballers filled the opponent's penalty with  corners and penalties.

In the 68th minute our team earned the next corner. Bauyrzhan Islamkhan passed, and Yuri Logvinenko managed to open the scoring - 0:1.

A few minutes after Serikzhan Muzhikov received his second yellow card and the national team of Kazakhstan remained in the minority.

In the 86th minute, the Andorran national team held as it seemed not very dangerous attack. However, Shomko played inaccurately - took interception and substitute Jordi Alaes equalized the score - 1:1.