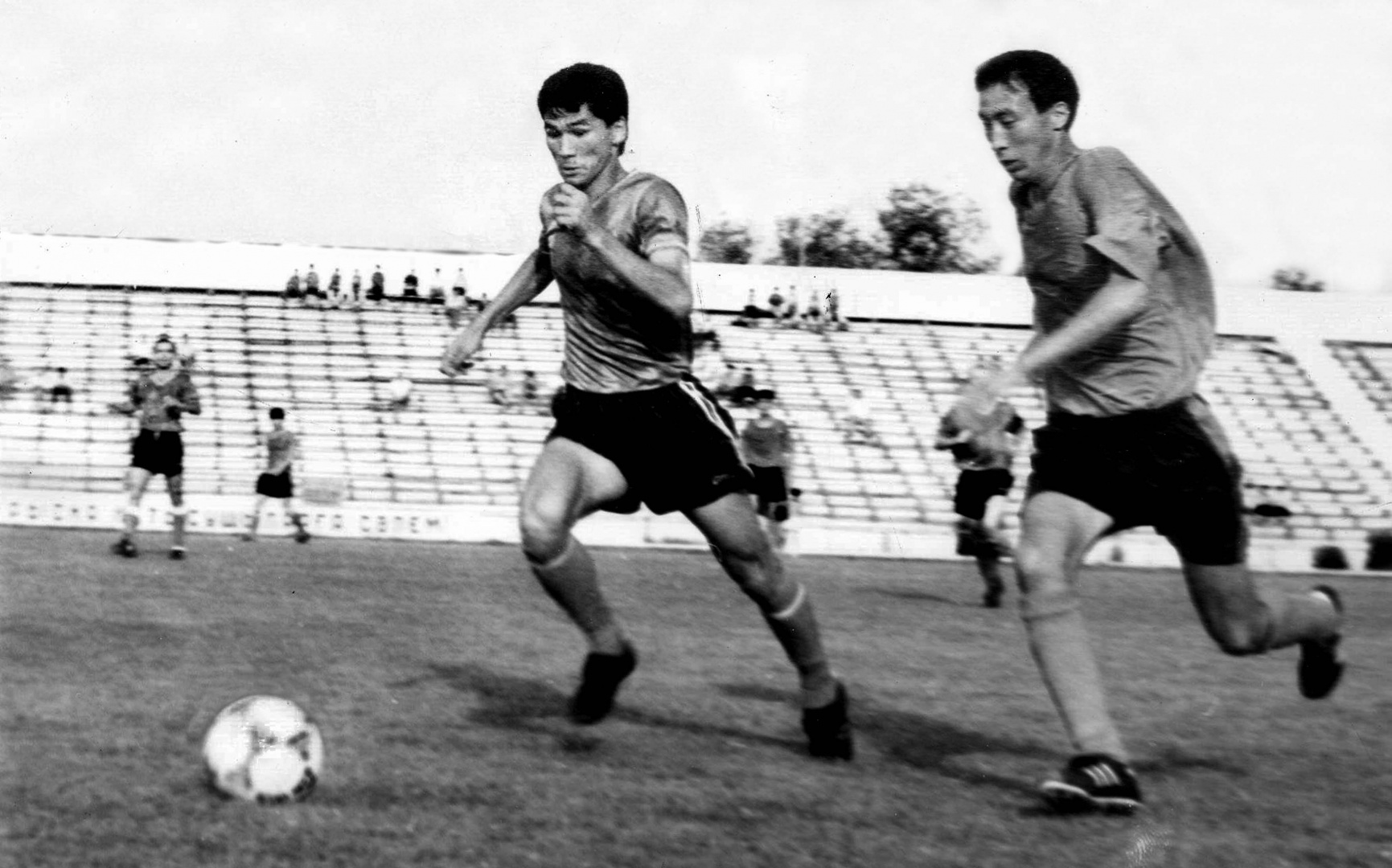 On March 21, one of the brightest Kazakhstani football players of the '90s, a midfielder of the Kazakhstan national team, Sultan Abildayev has celebrated his 50th anniversary.

Sultan Tokataevich Abildaev was born in Kyzyl-Orda. Since childhood, he has dreamed of football. His first coach in youth football was Vladimir Olshansky. And his idol was the famous French midfielder, three-time winner of the Golden Ball and European Champion 84 - Michel Platini.

In 1985, at the Republican tournament "Leather Ball", the young player together with his team took 3rd place and Sultan Abildaev was recognized as the best midfielder of the tournament. Three years after, the 18-yaer-old player made his debut in the match between FC “Meliorator” (Kyzyl-Orda) and "Avangard” (Petropavlovsk), which took place on April 24, 1988.

On August 21, 1991, he scored his first goal in the match against the Kokshetau team.

After the collapse of the Soviet Union, Sultan Abildayev played for his home team “Kaysar”. In the 1992 season, he played 35 matches and scored three goals.

In that season, Sultan Abildayev played for the national team in two more games against Libya (1:0) and Kyrgyzstan (2:0).

“The match against Kyrgyzstan is particular memorable for me. We played in Kyzyl-Orda, with support of our home city and felt more responsibility'' - Sultan Abildayev says.

The next season, Sultan Abildayev played for FC “Ansat” (Pavlodar). Totally, he played 17 matches and scored two goals. In the 1993 season, FC “Ansat” won the Kazakhstan Championship, and according to the results, Sultan Abildayev was recognized as the best left midfielder.

- The 1994 season was also interesting. The team took bronze. On September 4, in the match between FC ''Ansat'' and the team ''Batyr'' from Ekibastuz, Sultan Abildayev scored 2 goals and two more were scored by Askar Abildaev! ''So, four goals from the Abildayevs”! - Sultan Tokataevich tells.

According to the results of the season-94, he again got in the list of 33 best football players of Kazakhstan, however, this time under number 3.

In that season, Sultan Abildayev was again awarded as the best player of Kazakhstan.

During the 1996 season, he played nine games for FC ''Kairat'', but after got back to his home team.

“The 1997 season was good and exciting,” said Abildayev. - In the match against ''Taraz'', we could win the championship only in an additional match. I consider that game the best in my career!''

Sultan Abildayev twice won the Kazakhstan Cup. In 1998, he played for FC ''Irtysh'' from Pavlodar against his home team ''Kaysar''. ''Irtysh'' won with  2:1 in extra time. And the next year, when he returned to ''Kaysar,'' they won a victory over FC ''Vostok'' in penalty shoot-out.

It is worth noting that since 1999, he had played only for ''Kaysar'', with the exception of the 2002 season, when Voit Talgaev, invited him to Atyrau. Sultan Abildayev played 22 matches for the team. He also played in the first European competition against FC ''Matador'' (Pukhov, Slovakia), after Kazakhstan had joined UEFA in 2002.

Sultan Abildayev ended his playing career at the age of thirty-five, as coach of ''Kaysar'', when in the 2005 season his team in the first league qualified for the Super League.

In total, during his playing career he won 438 matches, scored 54 goals in the games of the country's championship - the USSR (2 leagues) and Kazakhstan (the highest and the first); he played 50 games in the Cup competitions (Kazakh SSR, the Republic of Kazakhstan) and 1 match for the USSR Cup, as well as 14 international games.

Sultan Tokataevich Abildayev, at the end of his playing career, worked in the coaching staff of his native FC ''Kaysar''. In 2016, under his leadership, the team won the championship among the teams of the First League of Kazakhstan, and he was recognized as the best coach among his colleagues according to the PFLK results. In the same year he was awarded the Medal of 25 years of Independence of Kazakhstan. He has four children.

The author is grateful to Zhenis Kozhamkulov (Kyzylorda) for help in preparing this article.

UEFA Video Conference Meeting Held
Gianni Infantino: “We must do everything to protect all participants in our beautiful game”
Kazakhstan Football Federation Suspends Sporting Events
Happy Women's Day!
Arman Tournament Final Starts in Taraz
'Kairat' Heads The Table
Michal Bilek: “The level of teams in our group is about the same”
2020/21 UEFA Nations League Calendar
Kazakhstan Will Play in Group 4 in UEFA Nations League
KFF Executive Committee Holds Meeting
Up