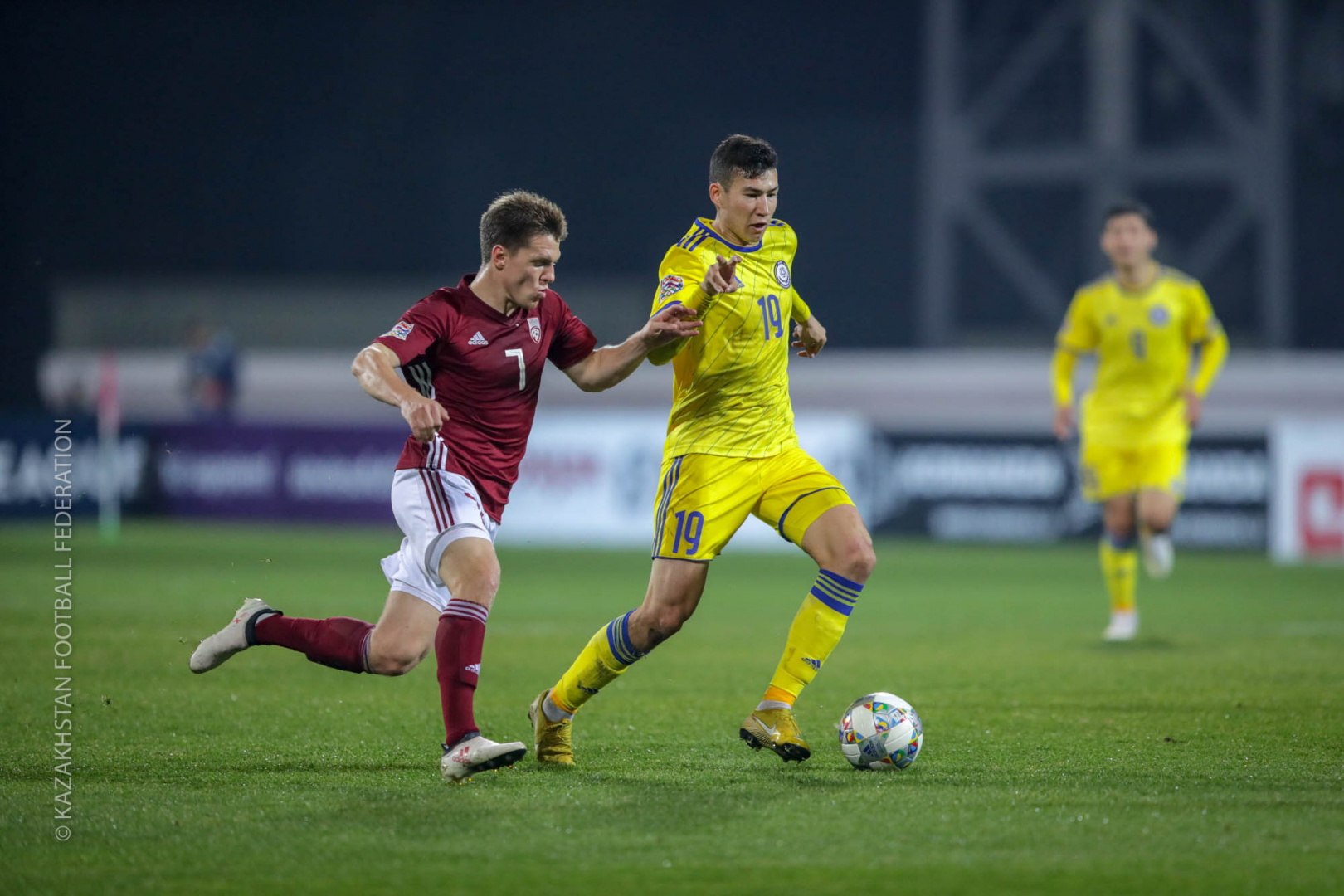 The UEFA Nations League match between the national teams of Kazakhstan and Latvia ended in a draw.

From the first minutes the home team tried to take the lead in possession the ball. Several times, the players of the Latvia national team took a corner, but those chances were not dangerous for our team.

In the 18th minute, after a key pass of the Kazakhstan team, Shomko made an accurate pass to the rivals' penalty area and Baktiyar Zainutdinov managed to score the first goal. Kazakhstan took the lead.

It the 40th minute, Latvia leveled the score. After a free-kick, Arthur Karashauks easily put it in the back of the net. The score was 1:1.

The second half began with a dangerous chance for Latvia. The defender Evgeny Postnikov had a good chance to score, but failed.

In the middle of the second half, Abzal Beisebekov also had a chance to score, however also failed, the goalkeeper of the rivals Vanin played well in that episode.

At the end of the match, the substitute debutant of the national team Maxim Fedin had an excellent chance to score the second goal, but Vanin managed to save his team.

Kazakhstan U-17 Team Win Wales
Kazakhstan vs Latvia Starting Line-Up
Kazakhstan WU-17 Played First Match in the EURO 2019 Qualifying Tournament
Stanimir Stoilov: “Tomorrow we will try to do our best and we will wait for the results of other teams in our group”
Mixu Paatelainen: “Kazakhstan has individually strong and fast players, so we will try not to give them lead to possess the ball”
Arthur Karashauks: “I think that it's hard to single out the favorite of our group”
Kazakhstan National Team Arrive in Latvia
Schuchinsk Hosts Kazakhstan Futsal Super Cup
Harald Lechner Will Referee The Match Latvia vs Kazakhstan
Kazakhstan U-17 vs Portugal U-17
Up