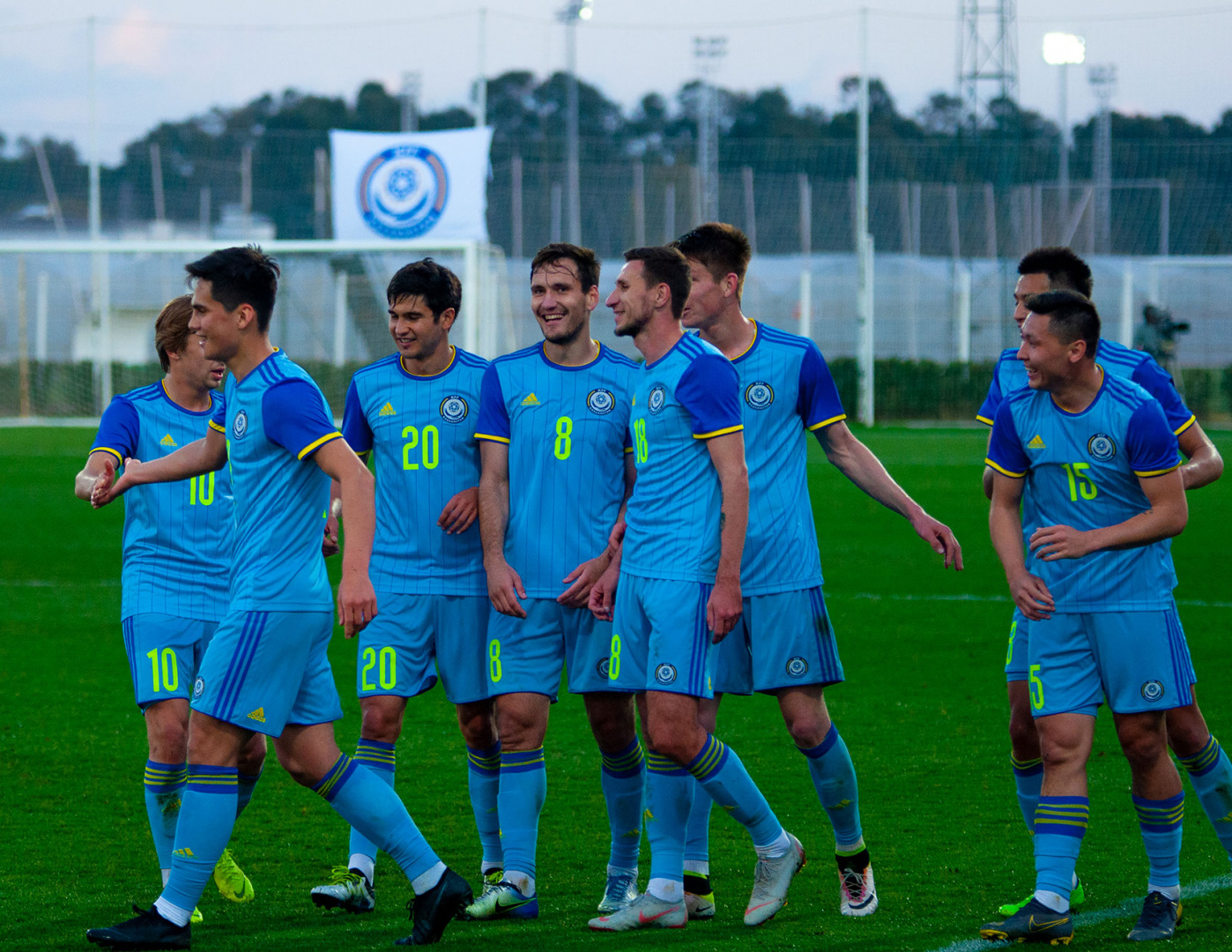 Kazakhstan national team beat Moldova with the minimum score in the friendly match in Turkey.

From the first minutes both teams attack, mostly Kazakhstan takes the lead.

In the 25th minute the first corner for the national team of Kazakhstan takes place, but with no goal scored.

In the 41st minute, Bauyrzhan Turysbek has an excellent opportunity to open scoring, however fails.

In general, the game in the first half seems more static. Both teams mostly play closer to the center of the pitch, maintaining neutrality and giving the players the opportunity to fight.

The second half both teams starts more aggressively.

In the 58th minute, Maxim Fedin, could score but the ball goes wide.

Toward the end of the match, Kazakhstan defense looks very confident.

The Moldova national team demonstrate a very compact game throughout the match.

The match ends with the victory of the Kazakhstan national team with 1:0.