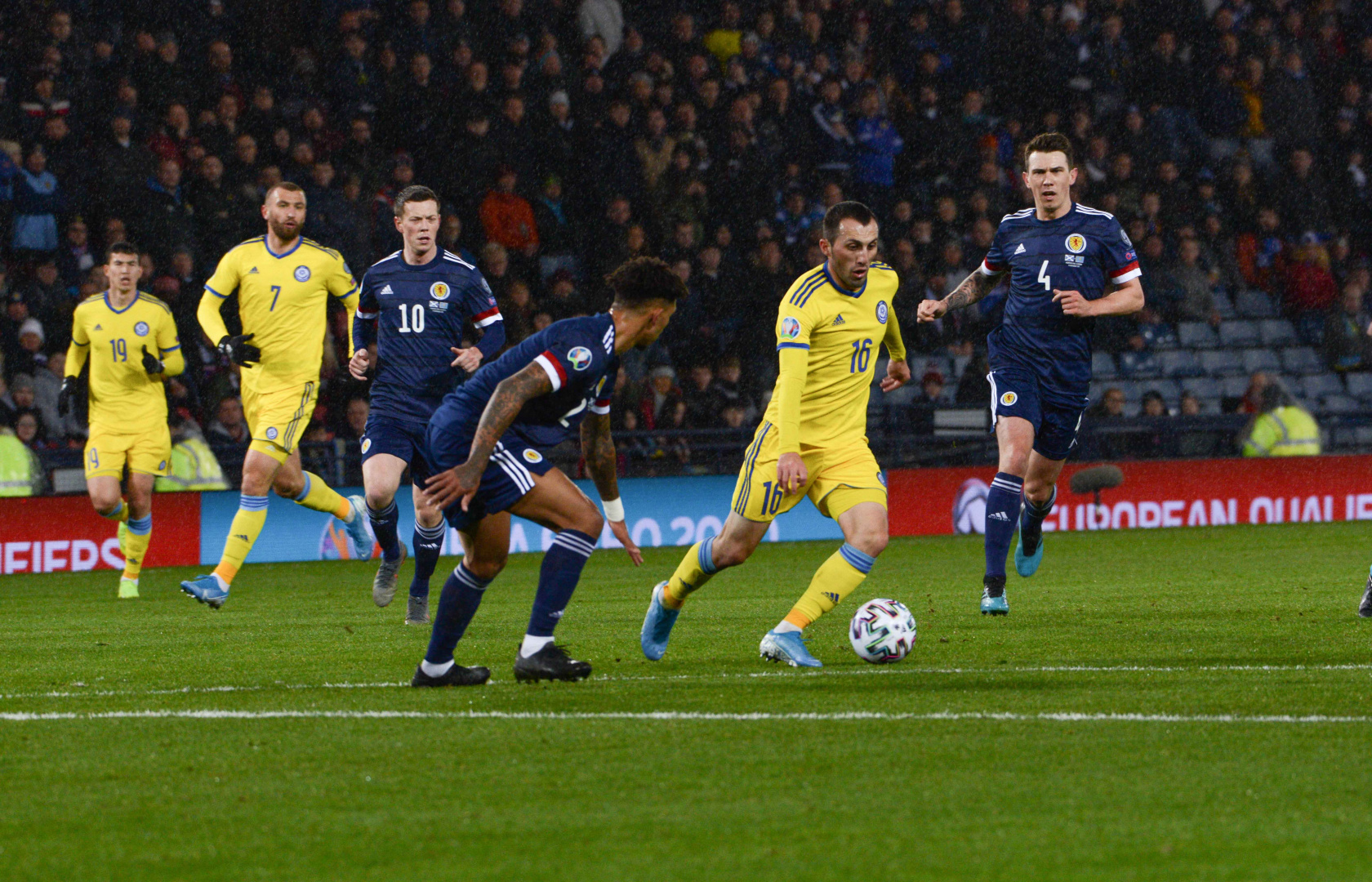 The Kazakhstan national team lost to Scotland in the away match of the UEFA Euro-2020 qualification.

In the 34th minute, Baktiyer Zainutdinov opened the scoring. The goalkeeper of Kazakhstan, Dmitriy Nepogodov, several times saved his team from the return goal. The first half ended in favor of Kazakhstan - 1:0.

At the beginning of the second half, Scotland tied the scoring with a free kick. John McGinn scored - 1:1. Soon, the hosts scored the second goal, but with a clear violation of the rules in the Kazakhstan penalty area - 2:1.

In added time, John McGinn took a brace. The result of the match is 3:1.

The national team of Kazakhstan gets 10 points in the qualifying round. Our team scored the same number of points with the Cyprus national team, but lost fourth place in the group because of a home defeat in October.