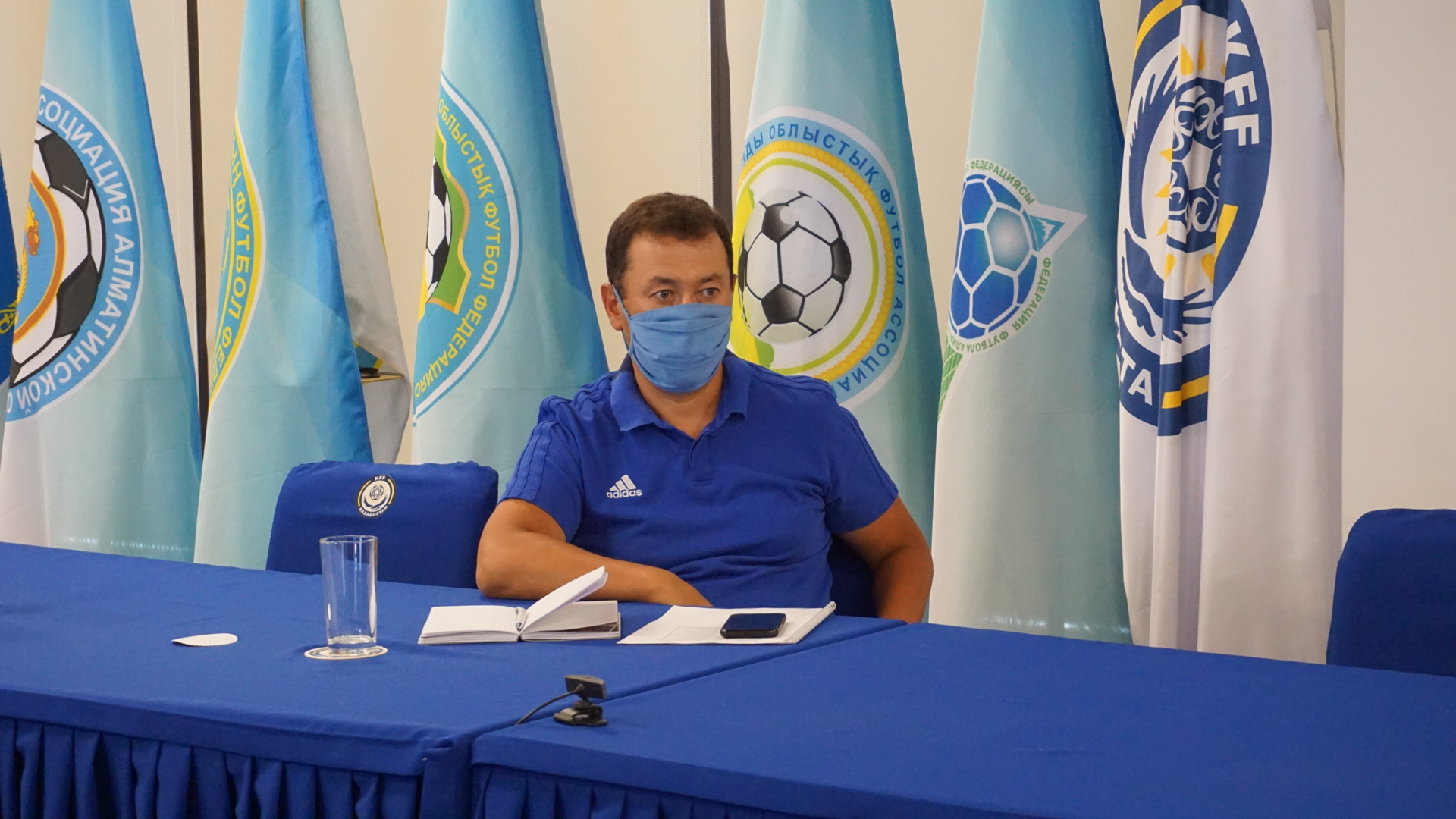 Kazakhstan Football Federation General Secretary Azamat Aitkhozhin took part in the videoconference meeting with the leadership of the Culture and sports ministry of Kazakhstan on the current epidemiological situation in the country and its impact on sporting events.

Azamat Aitkhozhin informed that football and futsal tournaments of all levels were suspended due to quarantine measures and also that KFF is planning to resume competitions gradually according to a specially developed protocol. This document is a roadmap to ensure a strict sanitary regime at sports facilities, subject to the presence of the minimum possible number of employees.

The parties agreed that in the existing epidemiological situation it is not possible to resume children's and youth football tournaments, including the Second League, due to the large number of minor players playing in the tournament.

As for professional competitions, videoconference participants discussed the project of continuing championships in a single location, which will significantly reduce the risk of infection and the spread of infection due to the complete exclusion of teams moving around the country.

Each club will choose a hotel for its stay in the selected region and will be responsible for living in the regime of internal quarantine measures with minimizing contacts with the outside world.

According to the results of the videoconference, taking into account the imminent start of the international tournaments of the UEFA Champions League and the UEFA Europa League with the participation of four domestic clubs, the upcoming matches of the national football team as part of the UEFA Nations League, the parties decided to contact the State Commission for Countering the Spread of Coronavirus Infection and The Ministry of Health of the Republic of Kazakhstan with a request to consider the option of holding football matches in the open air with the most limited number of club personnel, a sports facility, in closed enhanced quarantine mode.

At the end of the videoconference, the KFF Secretary General held a working meeting with the head of Professional Football League of Kazakhstan and the Department of Refereeing and Inspection, during which the mechanisms for the implementation of the project for holding matches in a single location were considered.