Yerlan Jamantayev: "We will carefully prepare for the next stage of the EuroLeague"

Yerlan Jamantayev: "We will carefully prepare for the next stage of the EuroLeague" 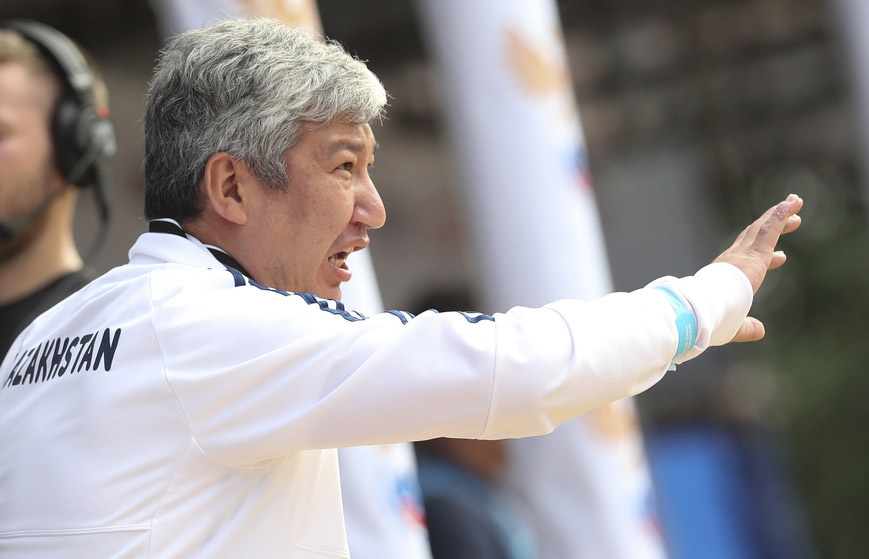 Фото: bsrussia.com
Kazakhstan beach soccer team took the first place in group 3 in the Euroleague-2018. The Head of the Grassrootss, Women's Football and Futsal Department Erlan Jamantayev shared on the tournament in his interview with the KFF Press Service.

- Erlan Aitpayevich, tell us about the group stage?

- For the fourth time for our team the group stage of the competition has been held in Moscow. The national team of Kazakhstan fought with Moldova, Greece and Lithuania for the place in the next stage. As for our rivals, we have the same as the team of Moldova. Three times participating with this country in one group, we finally managed to win. Despite of the fact that now they play with young squad, we were waiting for an intense game. The team cohesiveness and their intensity played a key role in this victory.

Greece played in the division "A" last year and was a kind of a favorite of their group. The team is strong and we worked hard to prepare for this match. We watched the last three matches of the Greek national team, analyzed their style and key players. We were serious about the game with the Greeks, they strictly played on the defensive, not forgetting the attack, carrying out all the tactical tasks of the coaching staff.

Regarding the Lithuanian team, it should be noted that they are newcomers to the tournament. We knew only that the first two matches the Lithuanian national team had lost. Nevertheless, we tried not to lose concentration and did our best.

Our team played with great intensity at this tournament, showed their spirit and proved their skills. By the way, the team is 80% composed of players of Pavlodar FC "Arman". This club has recently participated in the Eurasian League, where the players got a good practice, which helped us in the future at the Euroleague.

- What difficulties did the team face with?

- Two players had already arrived at competitions with injuries. However, they were looking forward to doing their best. The team physician did a great recovery job.

- What can you say about the next stage?

- Promo-final will be held in September this year in Italy. The teams of Romania, Norway, Bulgaria, Moldova, Kazakhstan have alrady qualified for this stage. The rest of the participants will be known in the near future. In total, 8 teams will play in the promo-finals. It will be a difficult match.

To date, the Kazakhstan team has reached a high level. The team faces serious goals. We want to not just take part or gain experience, but to get into the elite division "A", where such great teams as Spain, Russia, etc. play. In addition, the team that will win in the promo-finals of division "B", the next year will have the opportunity to play at the European Championships in Minsk. If we want to develop, we need to participate in international matches. We will carefully prepare for the next stage of the competition to honor the colors of the Kazakhstan national team and achieve the result.

I want to say a special thank you to the Kazakh diaspora living in Moscow. Throughout the group stage, our compatriots came, supported us, as well as Russian spectators, and representatives of other countries of the former Union. It was very pleasant to feel this support.