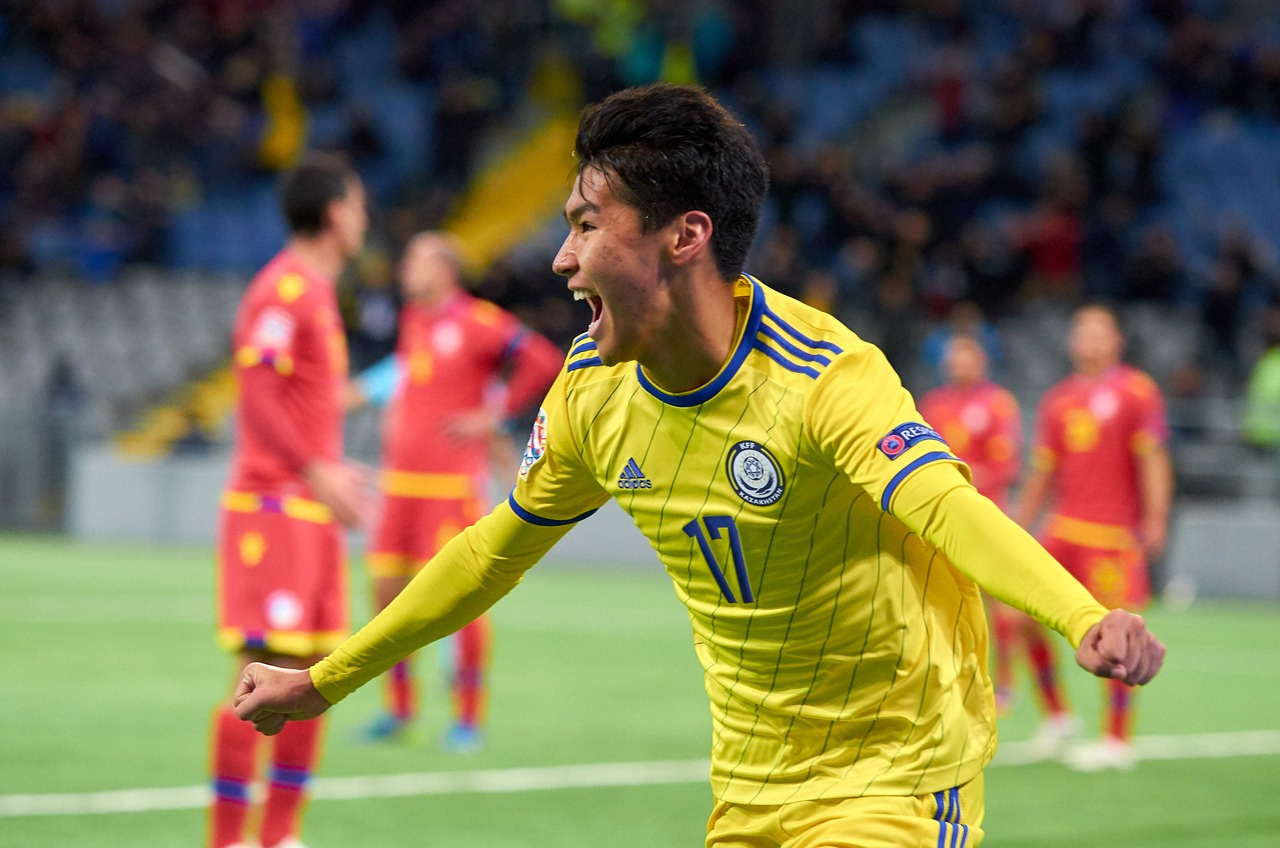 The match started with confident attacks of the Kazakhstan team.  The guests also tried to create chances. The defender of Andorra could open the scoring after a pass of Cervos, but missed the goal.

In the 21st minute, the hosts attacked through the left side. Islamkhan passed to Seidakhmet, who managed to put it in the back of the net. The scoring was open - 1:0.

In the 39th minute, another one attack of the Kazakhstan team. This time  Erkebulan Seidakhmet gave a pass to Bauyrzhan Turysbek, who scored the second goal 2:0.

At the added time, Yury Logvinenko had a chance to score, but his header got exactly in the hands of the rivals' goalkeeper.

In the 65th minute of the second half, Andorra's goalkeeper Josep Gomez scored an own goal 3:0.

After a moment, the home team took the free kick. Turysbek kicked, but the ball again got into the hands of the rivals' goalkeeper.

It the 74th minute, Suyumbayev successfully passed into the penalty area, where the header of Roman Murtazaev scored his fourth goal in that match.

The result of the match - 4:0, - Kazakhstan won a convincing victory!