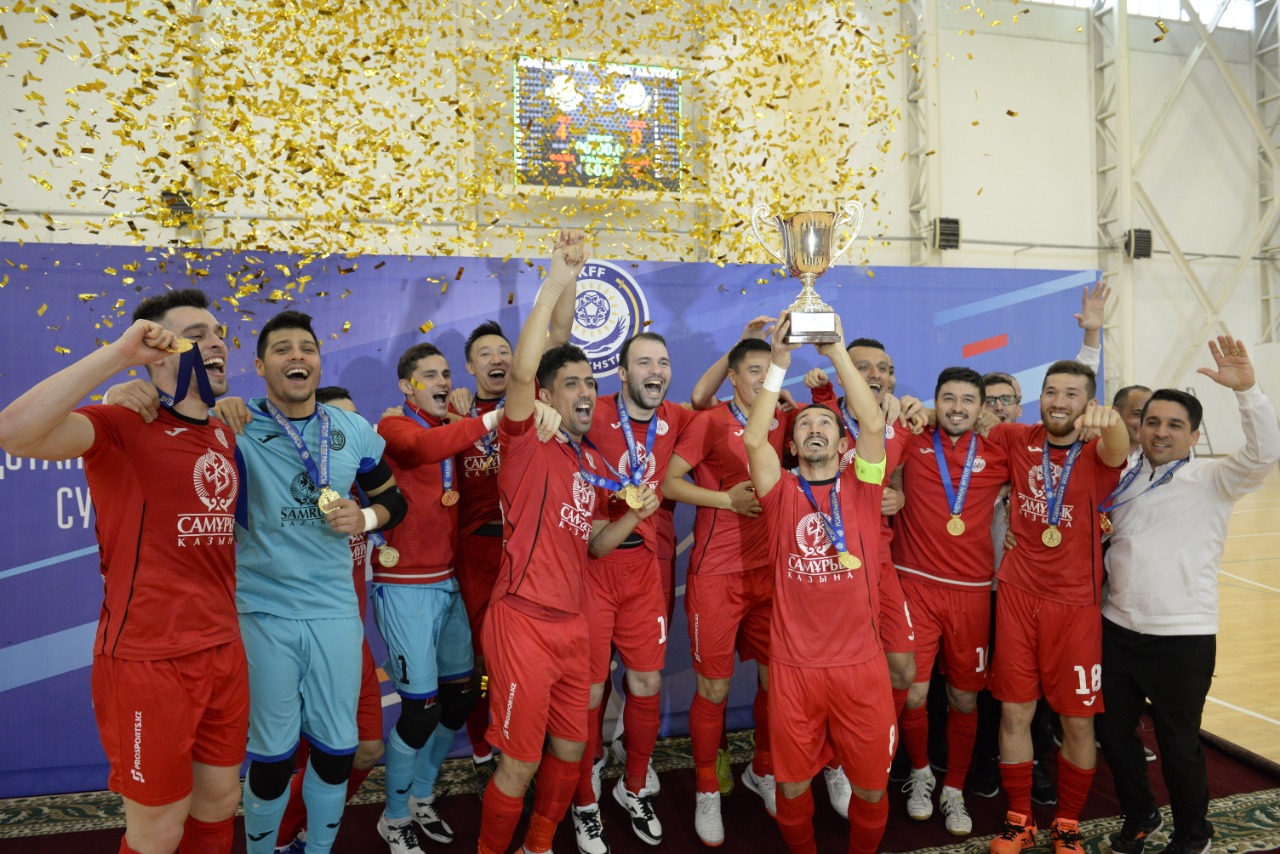 The match for the Kazakhstan Futsal Super Cup between the teams "Kairat" and "Aktobe" took place in Schuchinsk.

Almost from the first minutes, the champions of Kazakhstan - the players of "Kairat" took the lead. Having made several attacks, Dauren Nurgozhin managed to open the scoring.

''Aktobe'' players tried to create dangerous attacks, but those attempts ended with either losing the ball or good play of the goalkeeper.

At the start of the second half, ''Kairat'' managed to double the lead, Dauren Tursagulov scored the second goal. Following ''Aktobe'' made another one mistake - 3:0 in favor of ''Kairat''.

Toward the close of the second half, “Aktobe” intensified. However, it did not give a result. Having played another combination, the teams went over to the side of the Aktobe club. Serik Zhamankulov from the middle distance put it in the back of the net 4:0.

Askar Abildayev, Director of the Futsal Department of the Kazakhstan Football Federation took part in the awarding ceremony after the match.

Tickets for the Match Kazakhstan vs Andorra
Stanimir Stoilov: “We created more dangerous chances than the rivals”
Unfortunate Draw In Riga
Kazakhstan U-17 Team Win Wales
Kazakhstan vs Latvia Starting Line-Up
Kazakhstan WU-17 Played First Match in the EURO 2019 Qualifying Tournament
Stanimir Stoilov: “Tomorrow we will try to do our best and we will wait for the results of other teams in our group”
Mixu Paatelainen: “Kazakhstan has individually strong and fast players, so we will try not to give them lead to possess the ball”
Arthur Karashauks: “I think that it's hard to single out the favorite of our group”
Kazakhstan National Team Arrive in Latvia
Up