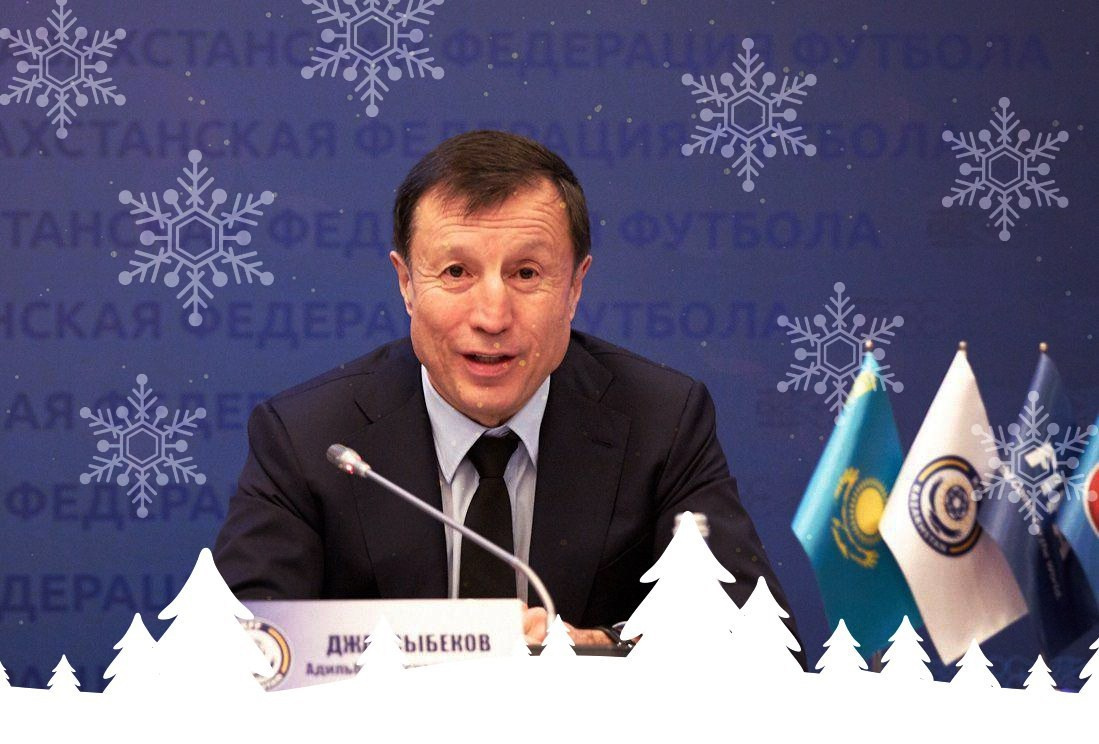 The President of the Kazakhstan Football Federation Adilbek Jaxybekov congratulated all football fans with the upcoming New Year:

“This year turned out to be interesting for Kazakhstani football. A lot work has been already done to develop sport number one in our country. And we are looking forward to following the development strategy, which was launced in April of 2018.

Many stadiums and football fields have been renovated, so that football players, both amateurs and professional, could play in more comfortable conditions. Thousands of schools in Kazakhstan have launched the “Football Lesson” - a project initiated by the Kazakhstan Football Federation with the support of the Ministry of Education and Science of the Republic of Kazakhstan. A large number of various tournaments and competitions have been held, in order to develop grassroots in Kazakhstan.

Professional football is also developing. The national championship among the teams of the Premier League, Championships of the Republic of Kazakhstan among the teams of the First and Second leagues are getting more and more popular among fans. The most successful domestic football clubs compete in European Cup tournaments. I am glad that Kazakhstan footballers play an important role in the success of our clubs. Also having the opportunity to play with such strong legionaries as Andrei Arshavin, Pedro Enrique, Marin Tomasov, Isael, Carlos Fonsek and many others, our Kazakhstani youth are getting stronger. The coaching staff of the national team gave a chance some young players who managed to do their best. Baktiyar Zainutdinov, Maksim Fedin, Yerkebulan Seidakhmet, Oralkhan Omirtaev, played in some friendly and official matches in this season.

I wish everyone prosperity, well-being and good health! And of course new victories for your teams! Happy New Year!”