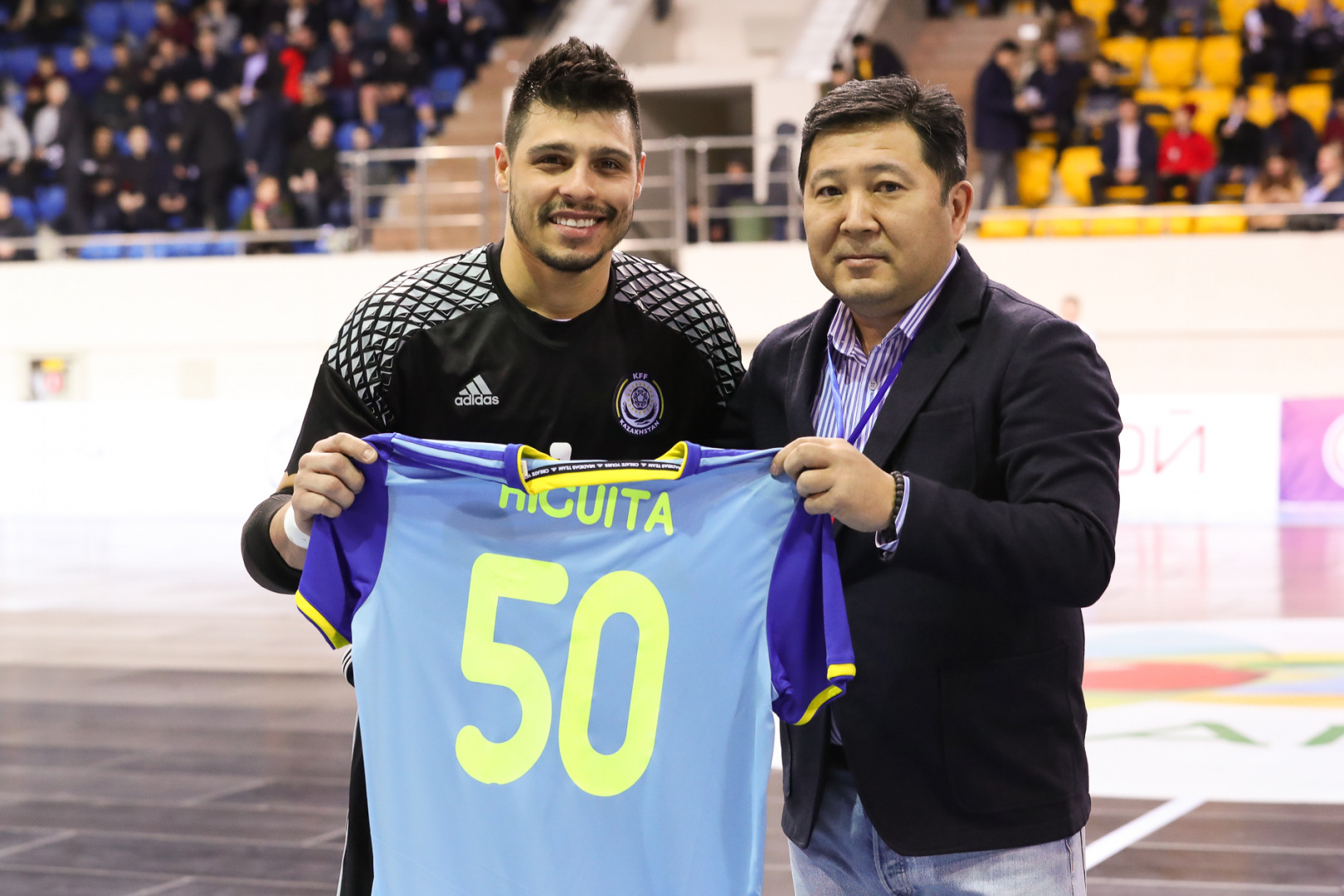 The goalkeeper of 'Kairat', Higuita, played his 50th anniversary game for the Kazakhstan national team in the frendlier Kazakhstan - Croatia.

Director of the KFF Futsal Department, Askar Abildayev, before the start of the match, expressed gratitude the goalkeeper for his invaluable contribution to the development of futsal and presented him with a memorable T-shirt.

After the match with the Croats, the goalkeeper was awarded the top best goalkeeper in the world from Umbro Futsal awards-2018. This award was presented by Advisor to the President of Kazakhstan Football Federation, Seilda Baishakov. For the 32-year-old Igita, this is the third such achievement, previously he received the title of the top in 2015 and 2016. 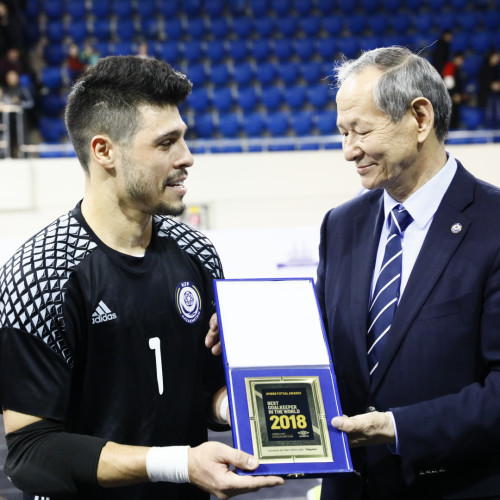 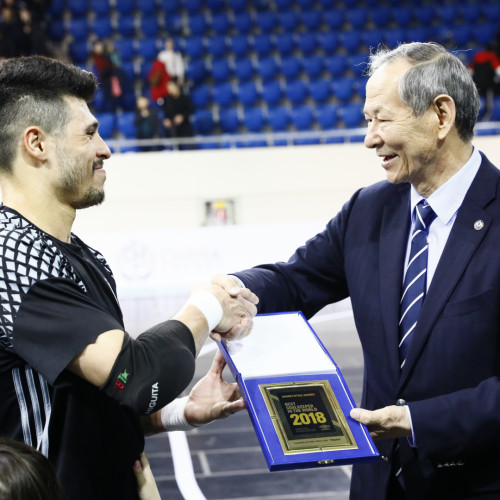 Kaka: “I enjoyed the game of our team, but we are far from ideal”
UEFA Futsal Championship League Final Four Draw
First Press Conference of Michal Bilek As Coach of Kazakhstan National Team
Mato Stankovic: “No other team has the same style of football as yours”
Kaka: “It is important not only to win, but also to show a good game”
Aleksandr Familtsev Appointed Head Coach of Kazakhstan U19 Team
Kazakhstan - Croatia Futsal Rivalry
Kuznetsov Joined the Kazakhstan U21 Coaching Staff
Awarding For Contribution To Women's Football Development
Kulshinbaev and Ferapontov Appointed Coaches of the Kazakhstan U17 Team
Up