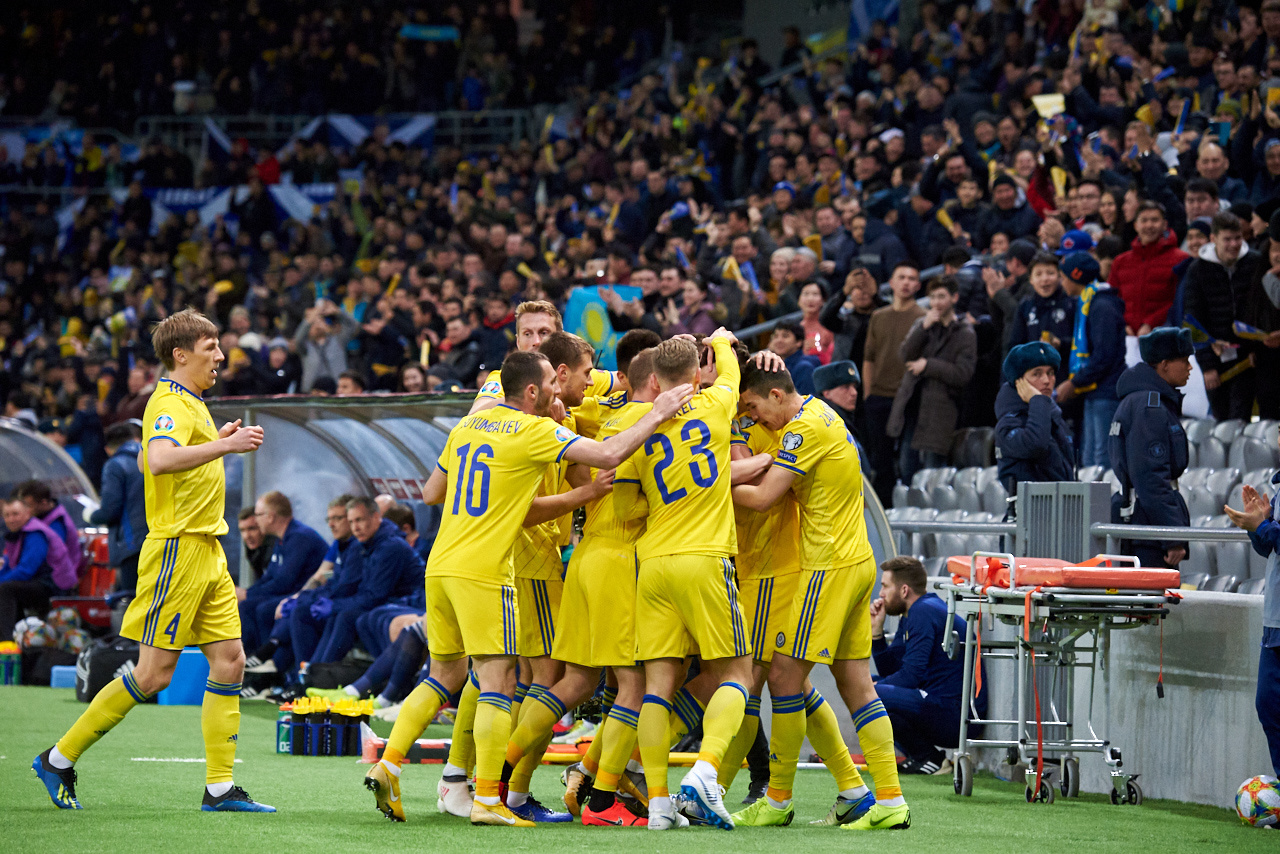 In the 6th minute, Merkel played a lovely ball over the top for Pertsukh - 1:0.

In the 10th minute, Islambek Kuat slid the ball to Vorogovskiy, who put in into the back of the net - 2:0.

Shinnie allowed both Yuriy Pertsukh and Yan Vorogovskiy to get in behind him to net.

Oliver Burke played very active, who over and over again at the expense of high-speed inclusions tried to sharpen the game, but our defenders did their best.

In the 28th minute, Kuat tried to score, breaking through from the middle distance - the ball flew under the crossbar, but Bain made a great safe.

The first half ended with 2:0.

The second half started in a similar vein to the first.

Zainutdinov headed a simple third in the 51st minute.!

In the 55th minute, our goalkeeper, Dmytro Nepogodov, performed his skills and made a great safe.

The match ended with a beautiful victory of Kazakhstan coached by Michal Bilek - 3:0.

Alex McLeish: 'The British teams are notable for their speed, but today Kazakhstan was faster'
Michal Bilek: 'We deserved this victory'
Adilbek Jaksybekov: 'Kazakhstan national team made a wonderful gift for the Nauryz holiday'
Scotland Line-Up for The Match Against Kazakhstan
Kazakhstan vs Scotland Starting Line-Up
Grigori Babayan: 'Scotland strong on the wing'
Oralkhan Omirtayev: 'The most important thing is to benefit. I wish our team won'
Sergey Malyy: 'Both teams will fight'
Michal Bilek: 'I hope that our team will surprise us tomorrow'
Islambek Kuat: 'We will fight for our country'
Up