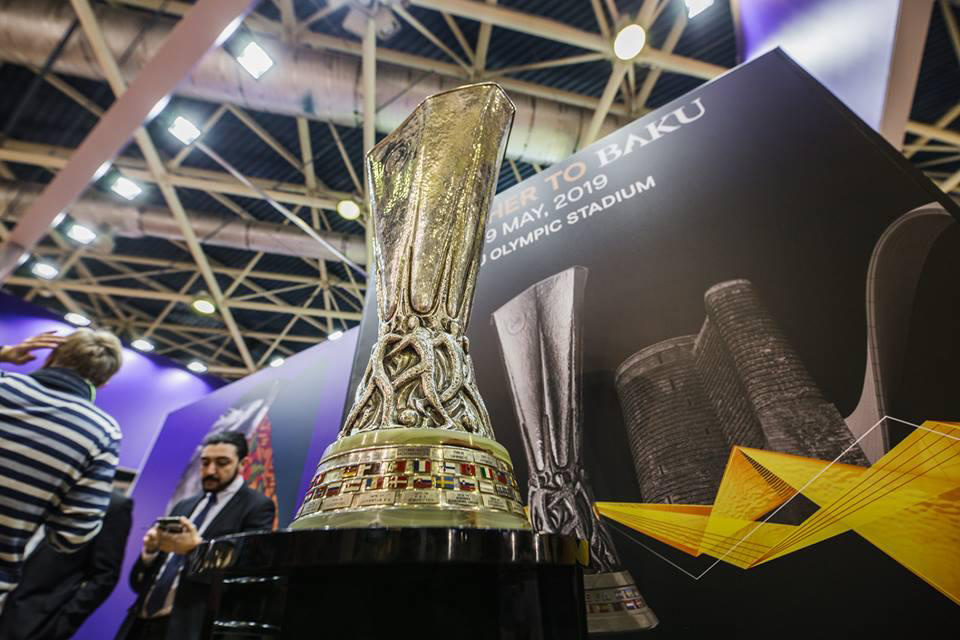 The Organizing Committee of the UEFA Europa League Final in Baku will take part in an international exhibition in the southern capital of Kazakhstan.

The organizers of the UEFA Europa League final, which will take place on May 29 in the Azerbaijani capital Baku, will take part in the international exhibition of Tourism and Travel in Kazakhstan. The event will be held from 17 to 19 April in Almaty.

The exhibition will present all the information about the upcoming Europa League finals, as well as the UEFA Europa League Cup. Everyone will be able to take a photo with this trophy. The event will take place at the Atakent Park Hotel, Timiryazev St. 42.

Yerlan Jamantayev: 'The Futsal Student Girls League may open the door to professional women's football'
Kazakhstani referees work at Women's Under-19 Championship
KFF representatives take part in UEFA coaching workshop
Blind Football Project
Adilbek Jaxybekov: ‘Kazakhstan Cup is an excellent tournament’
UEFA financial affairs workshop Held in Nur-Sultan
Askar Abildayev: ‘Our goal is to qualify for the elite round of the 2020 World Cup’
Kazakhstan Futsal Championship winners awarded
Erzhan Musabekov: 'Implementing of a licensing system has had an impact on the development of football in Kazakhstan'
Kazakhstan national team one position up in the FIFA World Ranking
Up