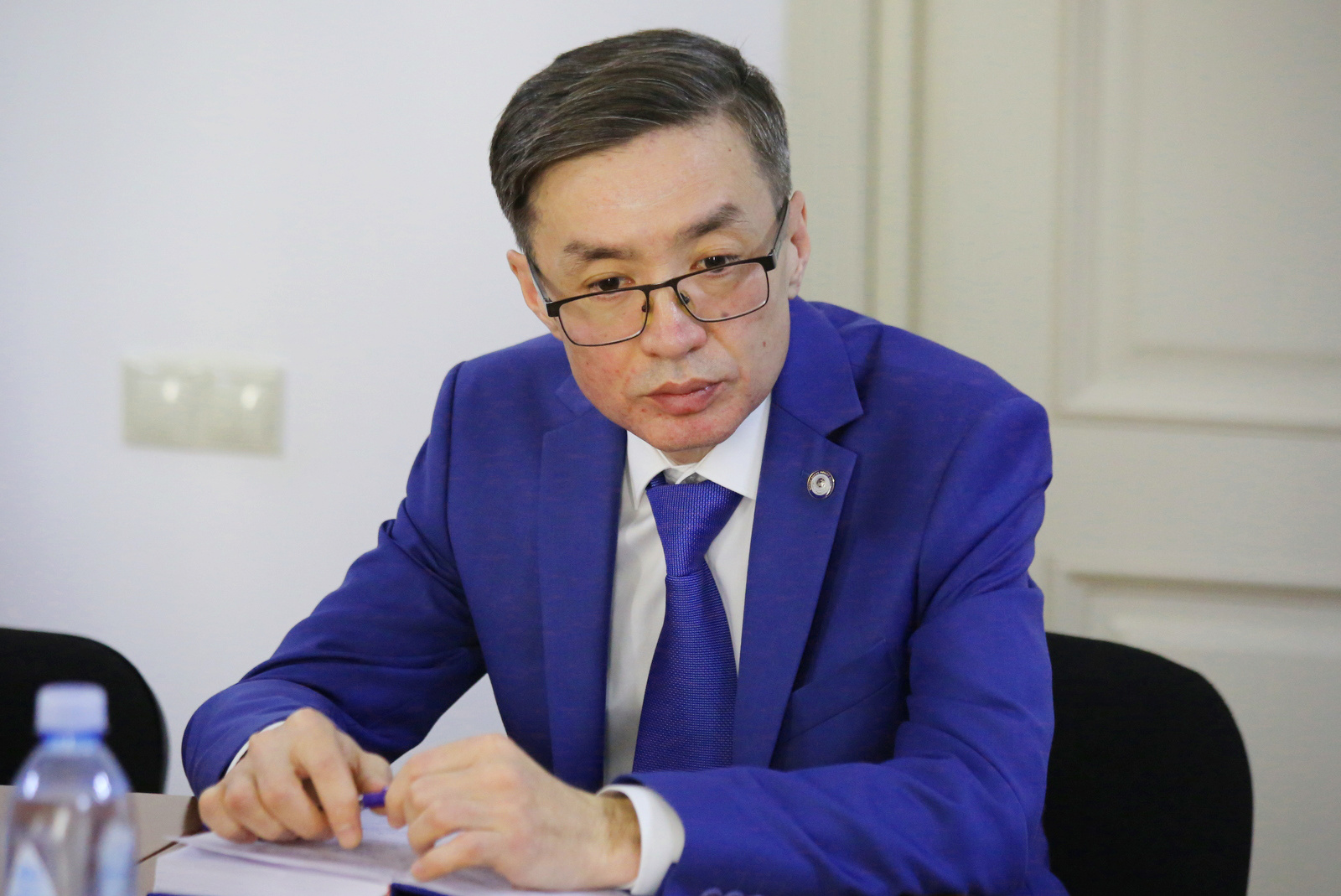 The Director of the KFF Certification and Licensing Department, Erzhan Musabekov, told about the work done since the beginning of the year.

- According to our strategy 'Alga, Qazaqstan! Forward, football!' The certification department is responsible for monitoring and implementing the improvement of the quality of football infrastructure in Kazakhstan, and is also involved in providing consulting and practical assistance to other departments of the federation in its areas.

Our Department developed and approved new Certification Rules and KFF Regulations on Stadium Infrastructure, which entered into force in 2019. They are based on the UEFA criteria for European competitions. The main goals and objectives are qualitative improvement of the infrastructure, football fields and, after the inspection, the assignment of sports facilities, which are held by the federation, categories from 1 to 5. Each category includes certain requirements.

- How will the process of assigning the above categories proceed?

- Our Department together with the PFLK, the Department of Women's Football and Youth Football on January 1, 2019 identified 46 stadiums, 27 have artificial turf. Until April 1, 36 stadiums were inspected in 12 regions. We tested artificial turf at Tobyl Arena. According to the results of the inspection and test results of the fields, stadiums that do not meet the requirements of the Standard will not be allowed to hold competitions. These are the rules.

During the season 2019, we plan to inspect all the stadiums that have been announced for competitions held by KFF and PFLK. We will also give an assessment of sports facilities that could potentially host such tournaments. After the detailed analysis and study of the infrastructure of each stadium, the Certification Commission will classify them into categories.

- How do you test stadium turf?

- Of course, our strategy pays great attention to the quality of football fields. Everyone knows that their activities are carried out by a joint body of the KFF and PFLK - the Commission for certification and field approval. Commission throughout the season leaves the city to check the quality and condition of the fields on the football arenas. If the coverage does not meet all the necessary requirements, then they are not allowed to conduct official matches. So, since the beginning of this season, by the decision of this Commission, due to the poor state of the turf, central stadiums in the cities of Atyrau, Karaganda, Aktobe and Kokshetau were imposed sanctions in the form of a ban on holding Premier League matches.

I will add that only after the Certification Commission took tough measures in relation to the Atyrau stadium, the city began to replace the turf and improve the arena's infrastructure. On March 29, the President of the PFLK, Oljas Abraev, made a working visit and made sure that the work was in full swing. According to the plan, the stadium will be ready to host Premier League matches by the beginning of summer. Akim of the region took the situation under his personal control. - How things are going with the reconstruction of the stadium in Kyzylorda?

- Work on the reconstruction of the Kyzylorda stadium is coming to an end. Unfortunately, the repair work has been delayed, but that happened due to the fact that the regional akimat and the region’s head, Krymbek Eleuovich Kusherbayev, had found additional funds for a full renewal of the arena. After the reconstruction is completed, the stadium will be equipped with awnings over the western and eastern stands, a new electronic scoreboard, treadmills and, lighting system that will allow the Premier League games to be held in the evening. In a word, comfortable conditions are created for players and fans of FC Qaisar. - What other cities are trying to improve the football infrastructure?

- A football stadium for 3000 spectators was opened in Kostanay. In addition, reconstruction of the stadiums in Shymkent and Uralsk is planned.

- Last year, your department introduced an innovation in the Certification Rules, according to which the structure of the football center of each club should be a team of girls under 12 years old. How are things going in this direction?

- The initiative to create a girls' team at football centers found support from our clubs, and we included this criteria in the Rules. This is a good undertaking, as 12-year-old girls will grow up in a few years and will be ready to strengthen the women's teams that play in the domestic championship. With the opening of these teams, the former players Maria Yalova, Mahabbat Doszhanova and Ksenia Postova were employed and got the opportunity to train the girls.

- In the summer, four Kazakhstan teams will start in the European qualifiers. What is the situation with the clubs Astana, Kairat, Tobol and Ordabasy?

- Our department conducts only the licensing procedure: we collect documents, prepare reports, analyze and conduct on-site inspections for compliance with UEFA requirements. The decision to issue a certificate in the jurisdiction of the Certification Commission. Today, consolidated reports are being prepared for the Commission, which will meet in late April.

Kazakhstan national team one position up in the FIFA World Ranking
Arsen Inkarbekov: 'Kazakhstan is the third country in the CIS, where the UEFA A Elite Youth Licence course has launched'
Igor Utrobin: 'Children are our future'
Alexander Moskalenko: 'We encourage the players to represent our country at the highest level'
KFF Technical Center Appointed Regional Coaches
Kazakhstan Under-19 Futsal Team's Results in Euro-2019
Kazakhstan COMPLETES its performance IN THE UEFA Under -19 Futsal euro 2019
FIFA Women's World Ranking Updated
Kazakhstan U19 Futsal Team Played Its Second Match
KFF Representatives Visit Kyzylorda Region
Up