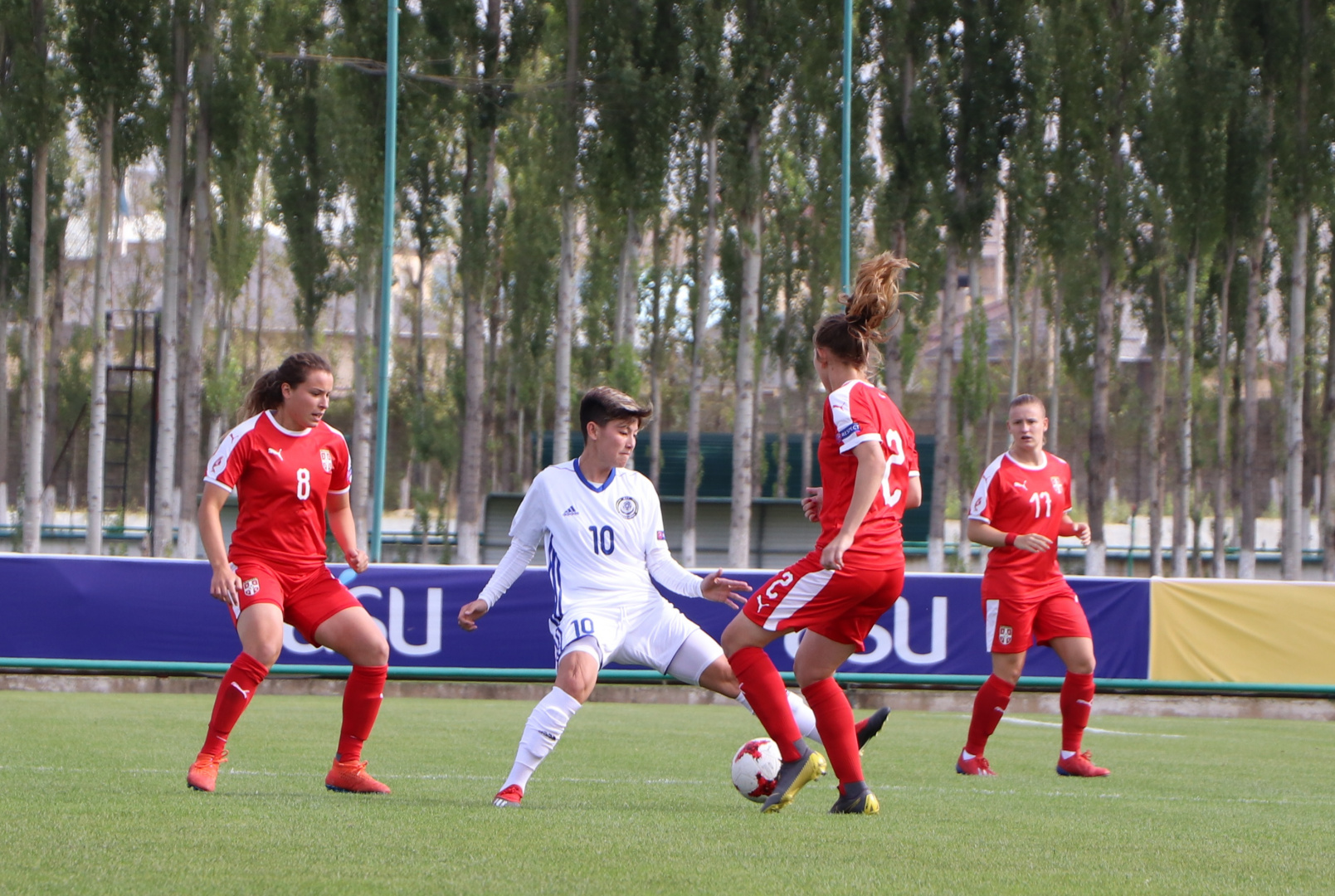 The Kazakhstan women's national team played their first match in the UEFA Euro-2021 qualifying tournament against the national team of Serbia.

In the first half, the Kazakhstani team controlled the game, playing with confidence against such strong rival and dangerously counterattacked, however failed to score.

In the second half, the opponent rebuilt the game and increased the pressure with goals of Oksana Zheleznyak. In the 58th minute of the match, the defenders of the Kazakhstan national team missed the ball and the Serbian player, Milisa Miyatovich, managed to score the first goal.