Askar Abildayev: 'We will do our best to qualify for the final part of the World Cup'

Askar Abildayev: 'We will do our best to qualify for the final part of the World Cup' Director of the KFF Futsal Department, Askar Abildayev, shared his plans for the upcoming preparation of the national team, assessed the level of future rivals in the elite round of the World Cup 2020 and spoke about the new teams in the Kazakhstan Championship.

- The pre-season training will take place from January 23 to January 31, 2020. The head coach of our team Ricardo Kaka has already recalled the strongest players from Kairat, Zhetysu and Ayat, one player is from the Aktobe team. Tynan and Leo will come from the Portuguese Sporting.

- What about physical condition of the players?

- We had some doubts about recurrent injuries of our leaders Dauren Nurgozhin, Chingiz Yessenamanov, Douglas and Higuita, but they are all fit and are ready to help the team.

- Do you plan to hold any events or promotions with the participation of the players?

- We have already planned the team building. We will also hold an open training session and a press conference with the participation of the head coach and players. We would like to invite media representatives to these events. 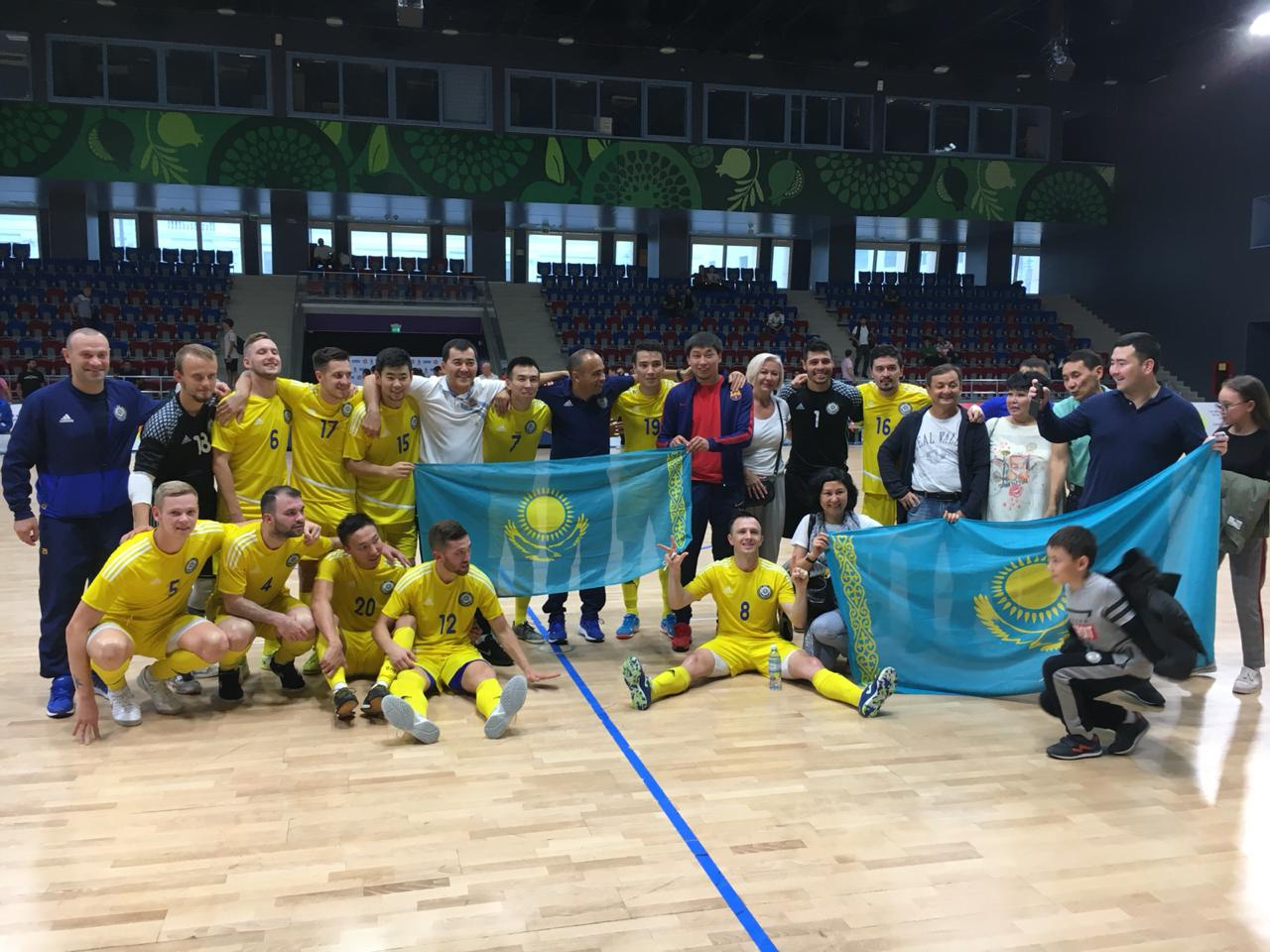 - How would you rate the level of our rivals in the elite round of the World Cup 2020?

- Matches of our group in the elite round of the World Cup 2020 will be held in the Czech city of Brno. Our rivals are the national teams of Romania, Slovenia and the hosts of the tournament. We played against the Romania national team (Kazakhstan won - 4:2) in the main round of the World Cup 2020. Slovenia is a regular participant in the final stage of European champions. The Czech team has changed its squad, they have a young and ambitious team. We are expecting interesting matches. The coaching staff and players realize the importance of this tournament and will do their best to qualify for the final part.

By the way, I would like to say about the live broadcasts of the games in the elite round. It is already known that the match between the Czech Republic and Kazakhstan will be broadcasted, negotiations are ongoing on the two remaining games.

- Totally, 8 teams play in the current Kazakhstan futsal championship. What would you say about the level of the competition?

- Yes, 8 teams are playing now. It is a pity that the teams 'Inzhu' and 'Progress' could not take part because of financial matters. We have three more teams from the west of Kazakhstan - Caspi (Aktau ), Baiterek (Uralsk) and Atyrau (Atyrau). I would say that we will increase the number of teams up to 10 in the next championship. I think they will be teams from Nur-Sultan, Taraz, Semey and Kyzylorda. We want the Kazakhstan futsal championship to become more competitive and interesting. - What are your impressions after the final of the Kazakhstan Futsal Cup, which was held in Nur Sultan last December?

- According to the final of Kazakhstan Cup, I would like to note the high organization of the tournament. The Qazsport TV channel broadcasted the match. I also want to express my gratitude to Talgat Kozhakhmetov, the owner of the venue Sairan Arena.

As for the game, it was a tough match with seven goals scored. Kairat is the futsal leader in Kazakhstan, Zhetysu is a prospective young team.

- If we qualify for the final round of the World Cup 2020, how will the team prepare for the tournament?

- According to the Regulations of the 2020 World Cup, teams that take first place in their groups qualify for the final. Runner-up will play two legs in the playoffs. The games will be played in April 2020.  What about our preparation, we will hold training sessions, but now our main task to win in the elite round.

KFF App In Your Mobile!
Kazakhstan Takes Part in eFootball Pro Evolution Soccer 2020
Petr Pak: 'We will analyze all the mistakes and try to do our best'
Futsal Club 'Kairat' Takes The Lead in the Kazakhstan Championship
Orynbasar Daurenbekova: 'International tournaments help to realize our mistakes'
Azamat Aitkhozhin: 'An appropriate decision will be taken'
Kazakhstan Will Play Against Lithuania
UEFA Coaching Courses Start for coaches of all different levels
Merry Christmas!
Raziia Nurkenova: 'Unfortunately, our players couldn't manage with the opponent's pace of the game'
Up