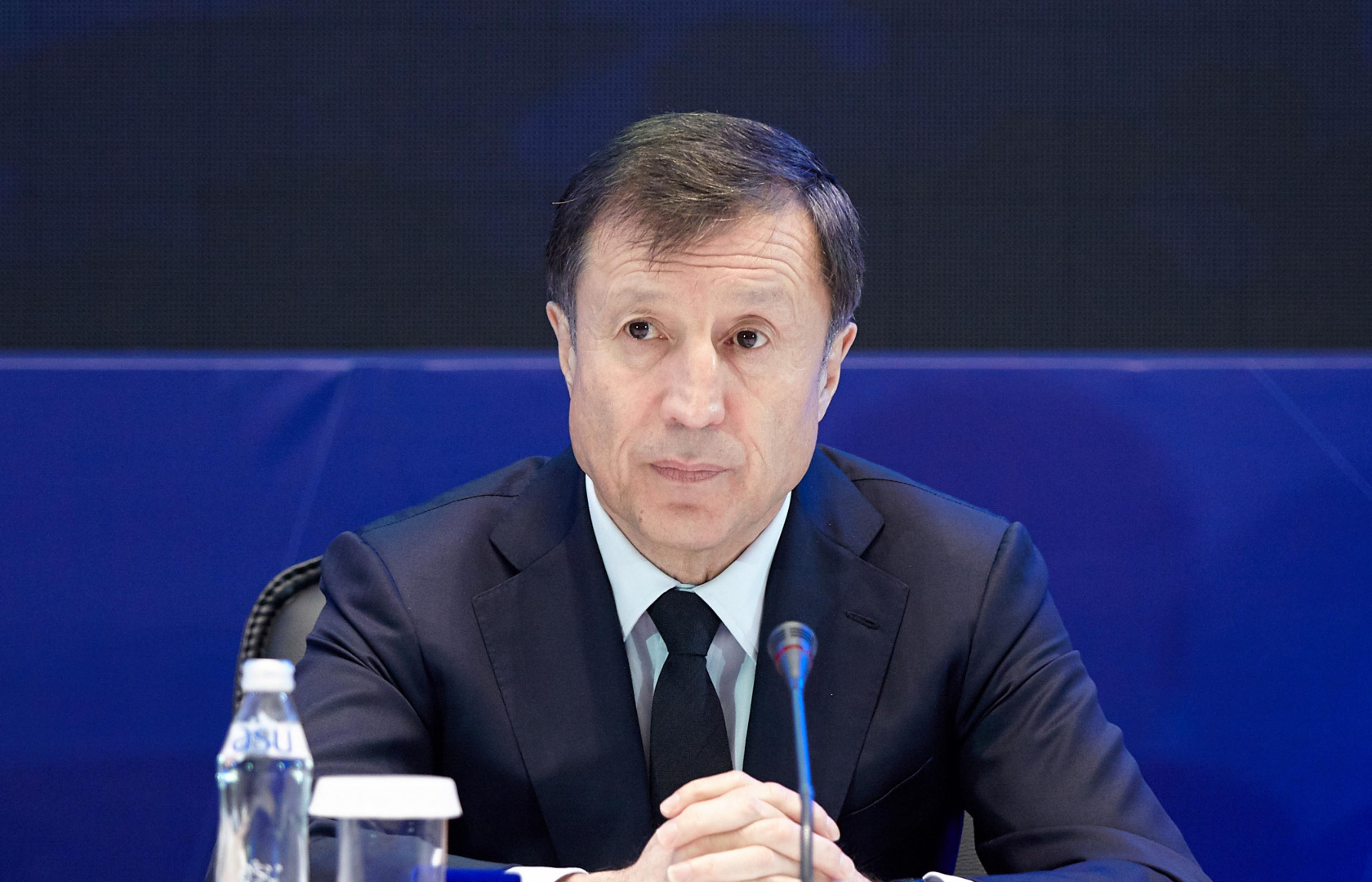 From 2007 to 2014, Adilbek Dzhaksybekov headed the federation. His idea was to create football centers throughout the country for boys who love football and can play their favorite game. Gradually, children's and youth football, which is the foundation for professional football is increasing and developing in our country.

We could also see his contribution in frofessional football. The Championship of the Republic of Kazakhstan has become more competitive. The performances of football clubs in international tournaments. Over the years, our teams have increasingly made their way into the group stages of the European Cup tournaments. And at the end of last year, FC "Astana" for the first time in the history of domestic football qyalified for the playoffs of the Europa League!

Due to the fact that Kazakhstan football players are gaining a solid European Cup experience, the national team is becoming stronger. Over the years, the country's national team has evolved from a notorious outsider to a strong team, with which the recognized grandees of European football are considered.

Thanks to the President of the Kazakhstan Football Federation, the infrastructure is gradually improving all over the country - new fields and arenas are being built, stadiums are being reconstructed.

Football in Kazakhstan is rightly considered to be the number one sport and under the strict guidance of Adilbek Dzhaksybekov.

Instructors-Coaches Training Seminar
Seminar for Domestic Football Inspectors Took Place in Astana
Yerlan Jamantayev: "We will carefully prepare for the next stage of the EuroLeague"
Azamat Aitkhozhin Congratulates "Astana" On Victory Over "Midtjylland"
Azamat Aitkhozhin: "Our clubs will be set for the European Cup matches"
Orynbasar Daurenbekova: "We confidently looked forward to victory"
FC "Dostar" Finishes Its Participation in the UEFA "Regions Cup"
FC "Dostar" Participates in the "UEFA Regions Cup" Among Amateurs
Kazakhstan Beach Soccer Team Takes First Place in Its Group in 2018 EuroLeague
Kazakhstan Women's U17 Team Wins International Tournament in Bishkek
Up