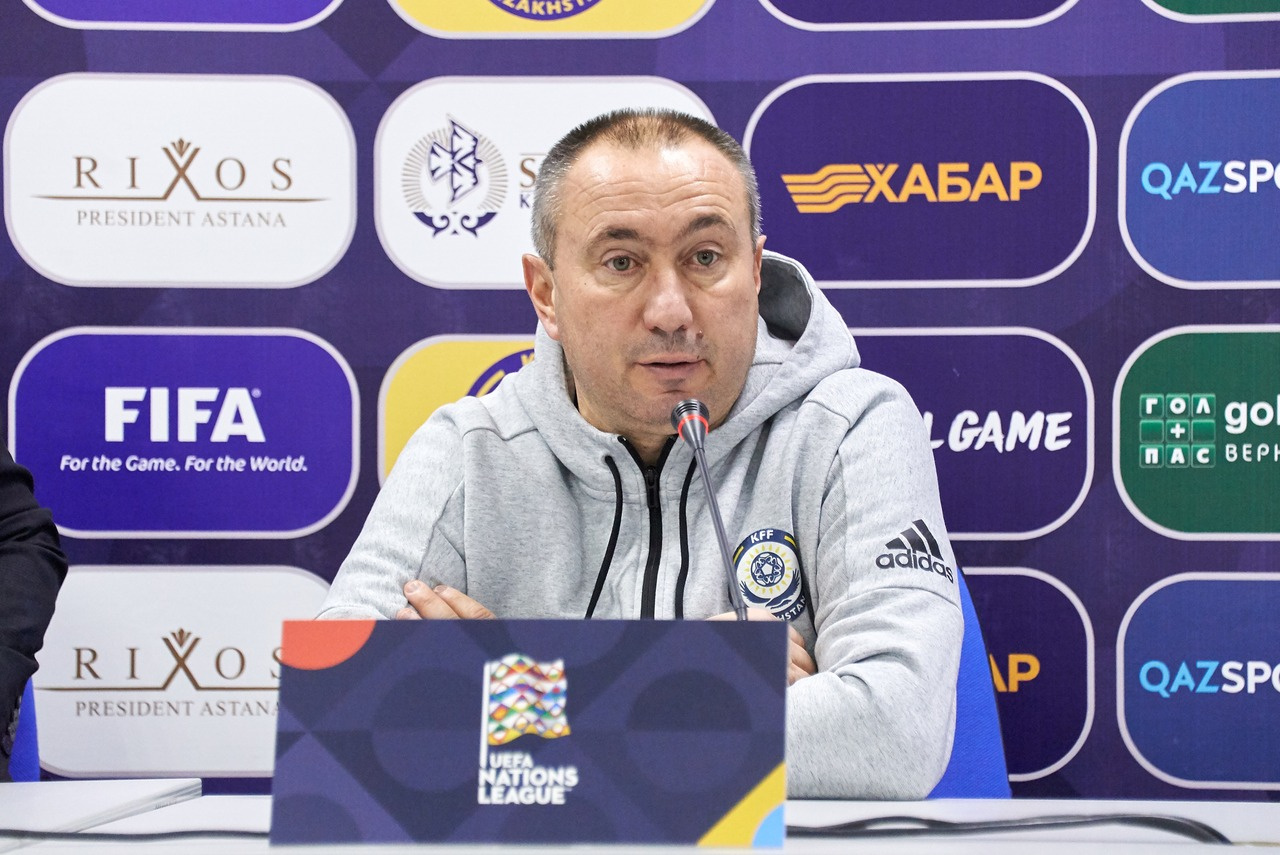 The head coach of the Kazakhstan nationa team, Stanimir Stoilov, commented on the rezult of the match against Latvia.

- I think today was an interesting match. Our team played well. The first half we took the lead, created a lot of chances. However, many football players failed to do their best. They did not score the tries. We got a set play goal again. Lost for 10 minutes and returned to the game. In the second half, we also tiik the lead, there were many chances. We were tired at the end of the match. The game was good, but not the result. I do not like the outcome of the match, because we had a great advantage. I want to add that luck turned away from us in the  Nations League.

- It seemed that Kazakhstan in the first half played much slower than usual. What do you think about that?

- The first half was one of the best in the tournament: we had many chances to score. If we had been more accurate, the score would have been 3:0 or 4:0. I did not expect that we had been able to create so many chances. The team playsed dynamic football. I did not expect that in the first 3-4 games we would win a ticket to the World Cup, we need to develop gradually. Score the tries is our main problem. Each player needs to work hard in his club. If there is no individual development, it can affect the progress of our team. Our team is better than Latvia and Andorra. We have higher class players, but the result is not the one we deserve.

For example, Turysbek. He played dynamic football with Andorra. We told him that he needed to work on his speed and dynamics. Because when there are high-level matches, he has a lack of dynamics, while some others have dynamics, but they have a lack of confidence. Each player needs to work and grow in his club. When there is progress in there, our team will be even stronger.

- How much does our team depend on Islamkhan? Indeed, in the last rounds of the championship, ''Kairat'' lost points and finished second.

- The national team depends on Bauyrzhan in the attack - he is one of the team leaders. I think the bad results of ''Kairat'' affected his confidence. As you could see, today he missed many moments, he used to realize them more easily. Islamkhan has qualities and character, so he will return to his previous level. He would have scored three goals and would have decided the outcome of the game in the first half of the match. The football he showed deserves a positive ranking. God grant that everyone played like Bauyrzhan.