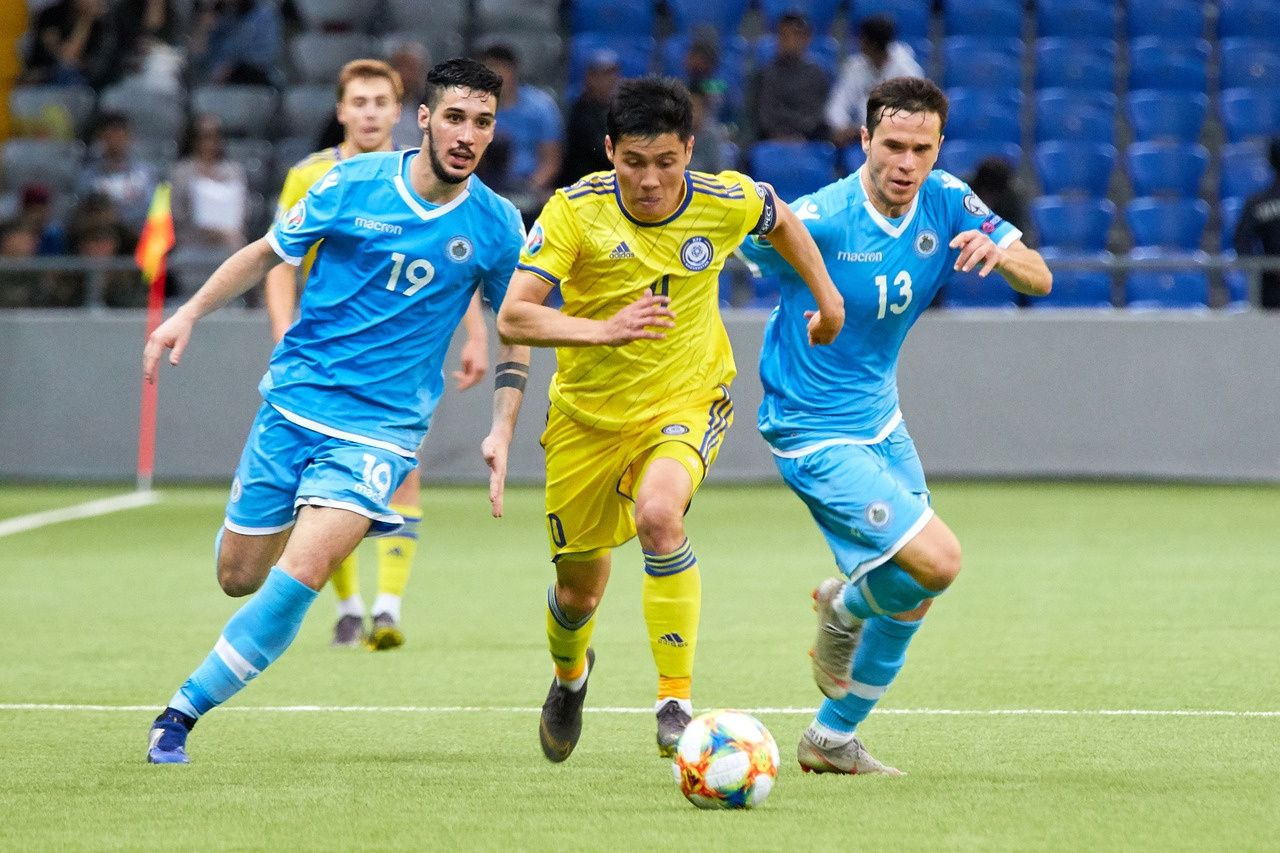 According to an analytical portal SofaScore, players of the Kazakhstan national team Bauyrzhan Islamkhan and Gafurzhan Suyumbayev entered the symbolic team of the fourth round of the EURO-2020 qualification.

The Kazakhstan captain Bauyrzhan Islamkhan received the highest score - 10, the defender Gafurzhan Suyumbayev - 9.2. In the last EURO-2020 qualifying round, Kazakhstan's players scored a goal and assisted.

Recall that after four rounds played in the EURO-2020 qualification, Kazakhstan national team earned 6 points and closes the top three in its group.