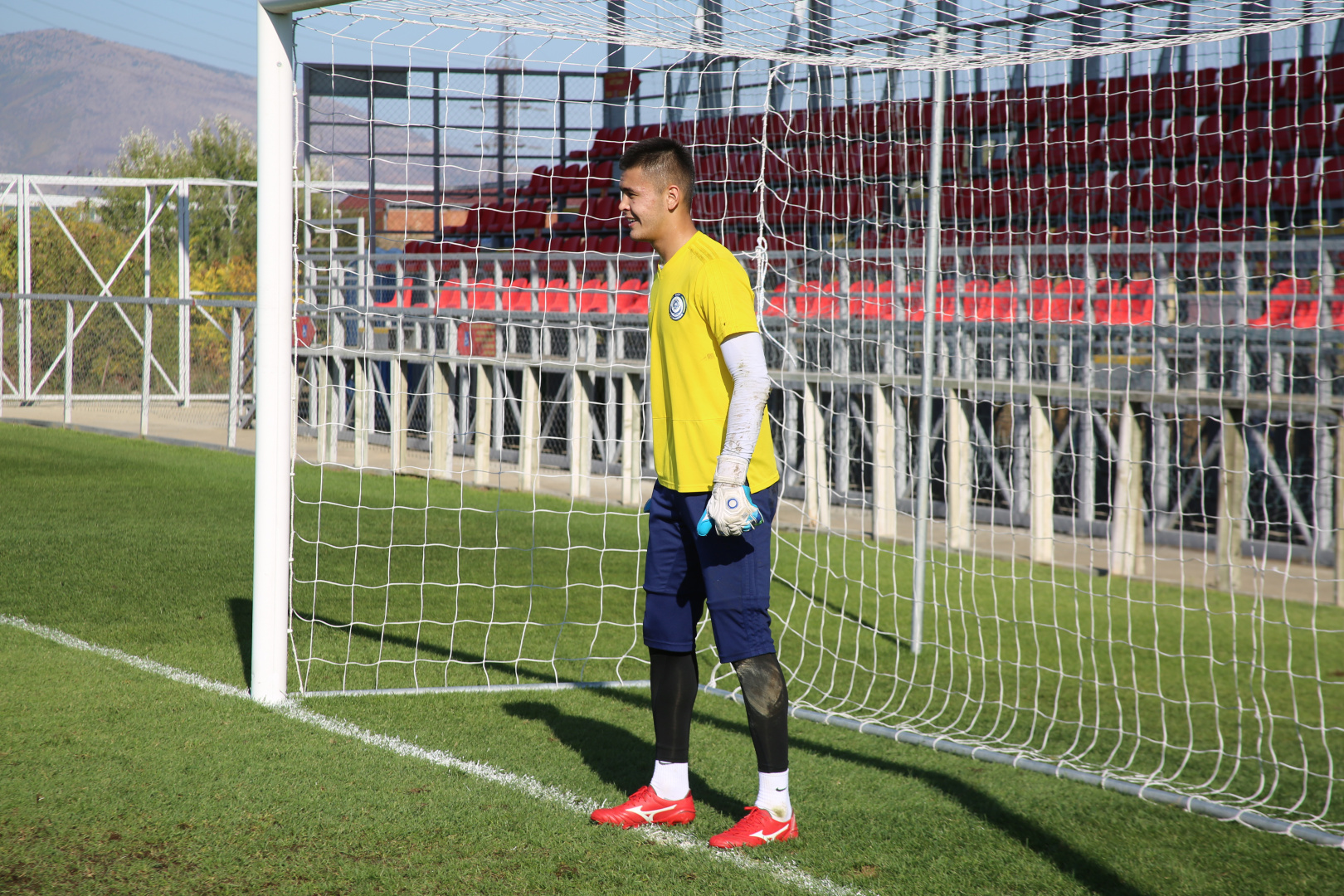 The captain of the Kazakhstan U21 team, Seisen Mukhammejan, commented on the away match against North Macedonia (1:1).

- It was a difficult game for us. We played more direct football. They played aggressively on their side and often attacked. We tried to play more in defense. Their midfielder Dimitar Mitrovsky played very well. Almost all attacks were built through him. I can also mention their forward Darko Churlinov. The Macedonians had a chance to score in each half, I managed to safe one, but conceded one goal in a one on one situation. In the second half, we organized a good attack, managed to equalize.

Rauan Orynbassar: 'It was a real fight, nobody wanted to give in'
Alexandr Moskalenko: 'A draw is a fitting result'
Adilbek Jaxybekov: 'Reducing the limit on foreign players will slow the growth of skills of Kazakhstani football players'
Kazakhstan U21 Ties With North Macedonia
North Macedonia U21 vs Kazakhstan U21 - Starting Lineup
Danil Ustimenko: 'If we play our football, the result will be positive'
Alexandr Moskalenko: 'The upcoming game will be for six points!'
Ramazan Karimov: 'We are looking forward to winning this match'
Macedonia U21 vs Kazakhstan U21 - Referees
Michal Bilek: 'All the players did their best'
Up