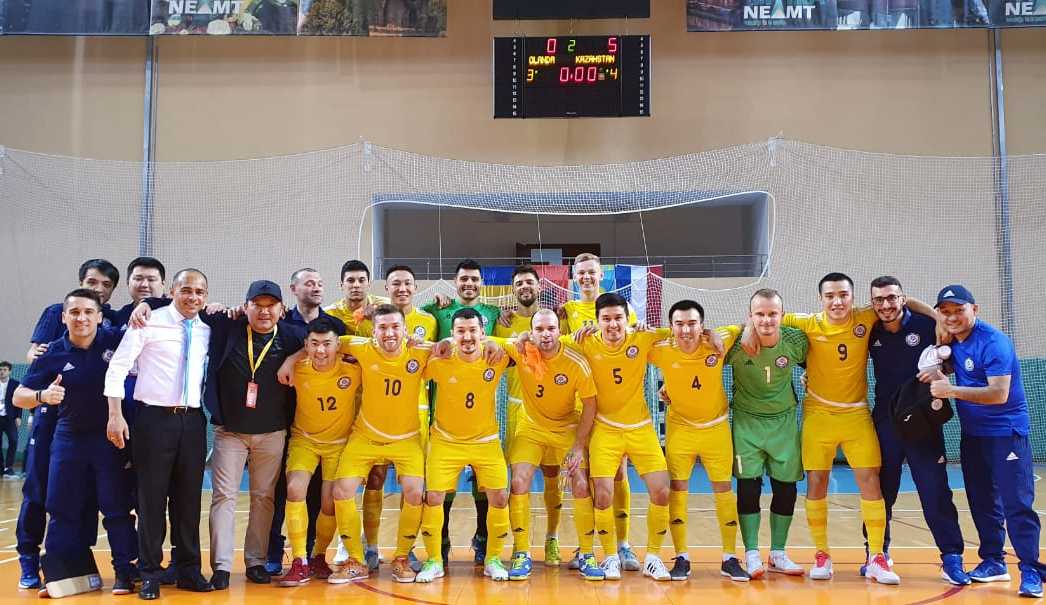 The Kazakhstan futsal team won a landslide victory over the Netherlands national team in the main round of the 2020 FIFA World Cup qualification.

In the second match of the main round, Kaazakhstan scored five unanswered goals against the Netherlands futsal team. The goalkeeper Higuita, Arnold Knaub and Douglas Junior (hat-trick) scored the goals.

Yesterday, Kazakhstan defeated the national team of Albania with 4-0. Thus, having won two victories in a row, Kazakhstan has already qualified for the elite round of the tournament, which will be held from January 28 to February 2, 2020.

In the final match, Kazakhstan will play against the national team of Romania. The match will take place on October 26th.