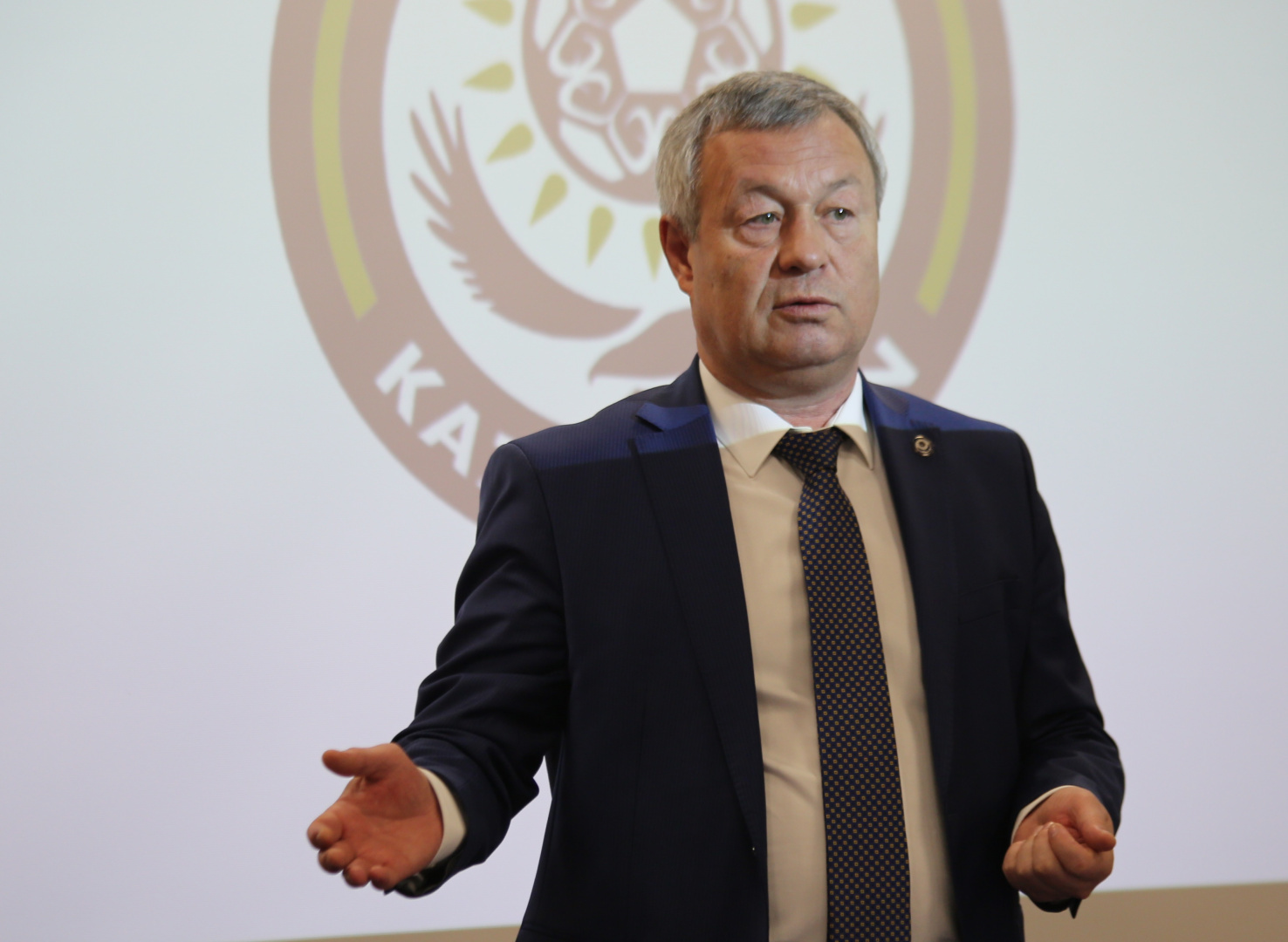 Igor Utrobin is a trainee of Almaty football school.

Graduated from the Kazakh State Institute of Physical Education.

He played in teams of masters and professional football clubs as a striker.

In 1986 he took part in the Spartakiad of USSR Peoples as part of the youth team of Kazakh SSR, 6 matches, 1 goal.

In 1990, as part of FC ‘Vostok’ (Ust-Kamenogorsk), he won the first place in the tournament of Zone 8 of the II league of the USSR championship and, together with Sergey Kirillov from ‘Kostanayets’ (Kostanay), shared the title of the best scorer with 21 goals.

In 1996 he took part in the qualification of the Futsal World Cup as part of Kazakhstan national team, 6 games, 6 goals.

After the end of his career as an acting football player, Igor Utrobin devoted himself to the development of Kazakhstani football, worked in various managerial positions, as well as an inspector of Kazakhstani Premier League and the First League championship matches.

From 2004 to 2007 - Senior Specialist of Youth football department of Football Union of Kazakhstan.

From 2020 to the present, he is a member of KFF Commission for the certification of artificial turf and natural football pitches of professional football clubs.