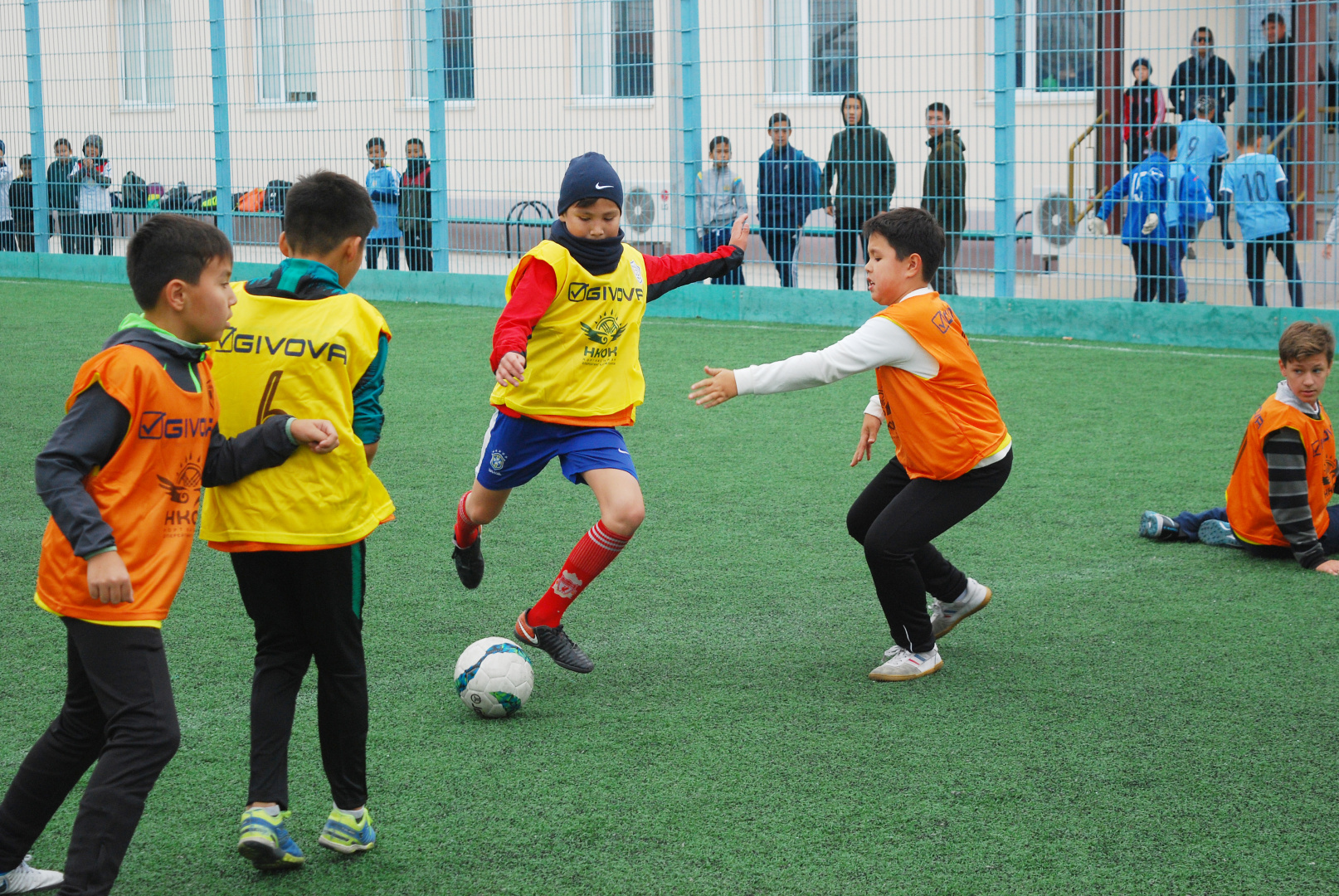 The third season of the city mini-football tournament - “School League-2018/2019” started in Aktau.

A mini-football tournament "School League" is held with the support of the Public Fund "Football Development in Kazakhstan" since 2015. Students from 5-11 grades of 25 local state schools take part in the tournament. The teams are divided into groups, the final match will take place on October 31.

The opening ceremony of the “School League” season, which took place on October 15, was attended by representatives of the city education department, veterans of Mangistau football, players of FC ''Kaspi'' Dramane Kone and Bekzat Kabylan.

Football school marathon will last until the end of the school year (May 2019).

The organizers of the competition thank the Public Association "Local Workers' Union" of JSC "Mangistaumunaygas".