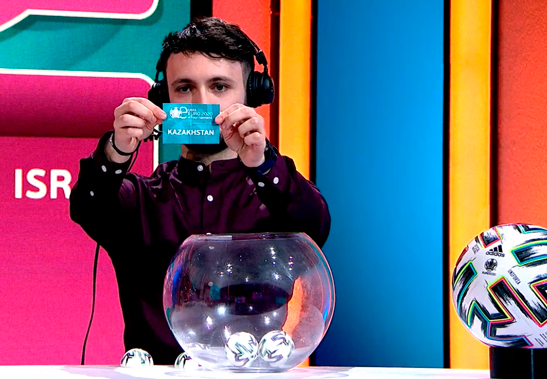 Kazakhstan cyber football team starts in the decisive stage of the UEFA eEuro 2020 qualification and try to do its best to become one of the six teams that may reach the final part of the tournament.

According to the results, the team of Bosnia and Herzegovina took first place and has qualified for the final stage of eEURO 2020 and the national team of Kazakhstan has taken second place will play in the additional qualifying round of the competition.

The matches of the final round of the UEFA eEURO 2020 qualification will be played on April 20 and 27.

All the teams of this decisive stage are divided into two groups. Five teams play in each group. In each of the groups they will compete for the first three places, giving the right to enter the final part of the championship. According to the draw, Kazakhstan got in the second group with the national teams of Spain, Lithuania, Turkey and Denmark.

According to the tournament regulations, the teams will play each other two games ''home'' and two ''away". The scores of both matches are added up and the winner is the team that scores the most goals.

''The level of participants in the last round of qualification eEURO 2020 is quite high, because now the teams that will take quite worthy second places in the groups of the preliminary part of the tournament will compete. The favorites of our group are Spain and Turkey, they have qualified professional players. For example, The_Palma from ''Barcelona'' and Alex Alguacil from the German ''Bavaria'' represent the Spanish national team. It is worth recalling that as part of the Spanish national team, Alex Alguacil won silver medal of the 2018 Cyber ​​Football World Cup. Denmark and Lithuania also perform an excellent game. However, the Kazakhstan national team has its strengths and we will try to do our best to reach the final. Our team has certain chances for such great success,'' said Kanysh Abikenov, player of the Kazakhstan national cyber football team.

Follow the link for the details of the eEURO 2020 qualification.

Congratulations to Michal Bilek on his anniversary!
Conference on UEFA competitions, Club Licensing and Financial Fair Play Held
Kazakhstan cyber football team qualifies for the next stage of the European Championship
Congratulations with Nauryz holiday!
Kazakhstani Futsal Coach and players are in the list of the best!
Sultan Abildaev is 50!
UEFA Video Conference Meeting Held
Gianni Infantino: “We must do everything to protect all participants in our beautiful game”
Kazakhstan Football Federation Suspends Sporting Events
Happy Women's Day!
Up