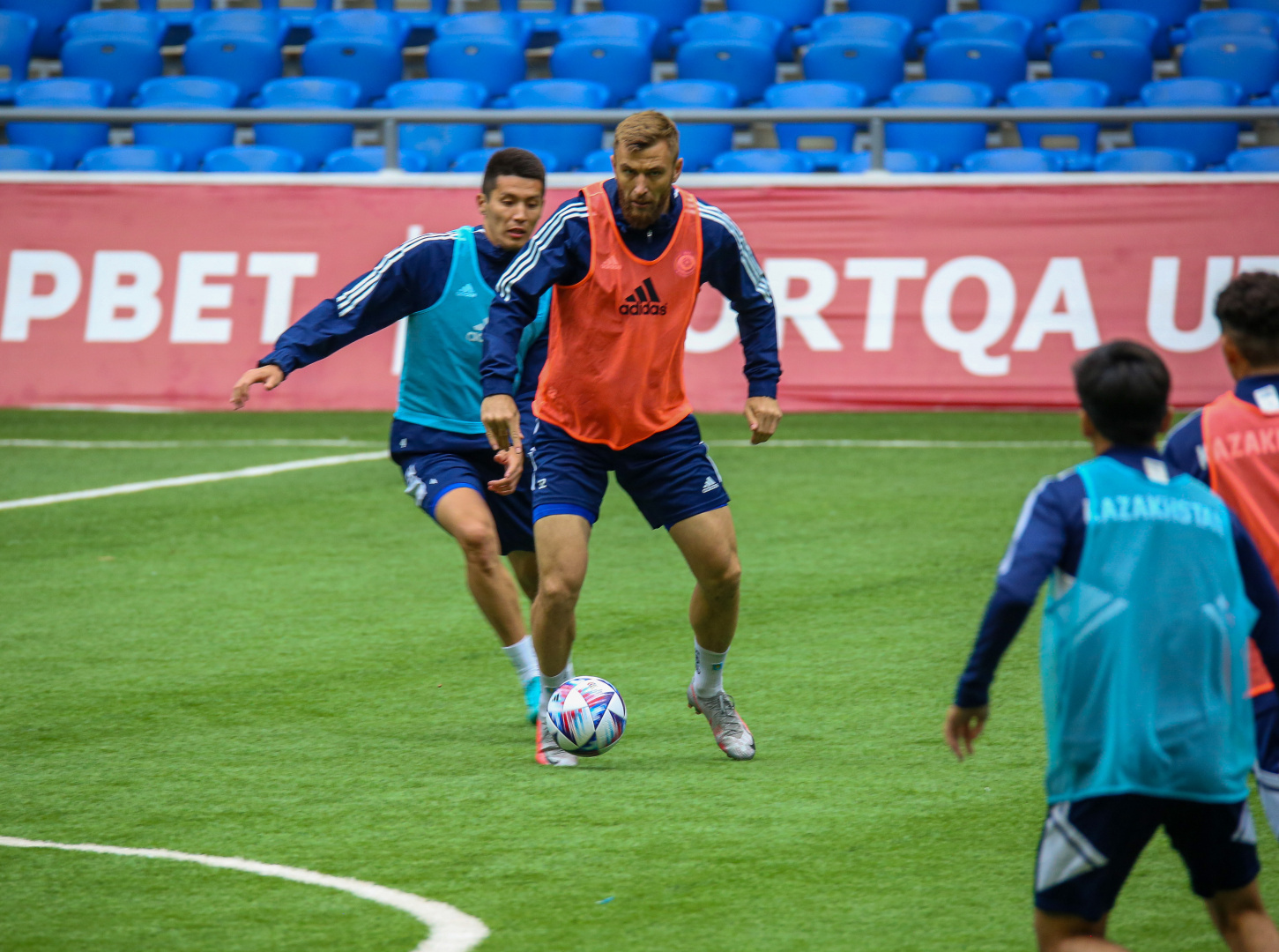 The head coach of Kazakhstan National Team, Magomed Adiev announced the final list of players for the upcoming round of the group stage of the UEFA Nations League.

Yuriy Logvinenko will not help our team in the upcoming matches due to an injury. Also, by the decision of the coaching staff, Aleksey Shchetkin, Duman Narzildaev and Alibek Kasym were not included in the final squad of the national team. Footballers have already returned to their clubs.

We remind you that the Kazakhstan National Team will host the team of Azerbaijan on June 3rd. Three days later Magomed Adiev's team will play against Slovakia in Trnava. On June 10th, Kazakhstanis will meet with the Belarusian National Team in the Serbian city of Novi Sad. On June 13th, our team completes the summer round of the group stage with a home game against the Slovaks.

Magomed Adiyev: «We do not have key and reserve players»
ASKHAT TAGIBERGEN: «WE WILL DO EVERYTHING TO ACHIEVE A POSITIVE RESULT IN THE GAME WITH AZERBAIJAN»
National and youth teams of Kazakhstan played in a friendly game
Message to the fans
Kazakhstan U-19 team will play friendly matches with Azerbaijan U-19
Youth national team squad for matches with Denmark and Turkey
EXPANDED LIST OF PLAYERS FOR THE UEFA NATIONS LEAGUE MATCHES
Kazakhstan National Team’s Calendar for the UEFA Nations League 2022/23
FIFA Launches legal portal for associations, clubs, football players and coaches
UEFA congratulated KFF with the Kazakh Football Day
Up