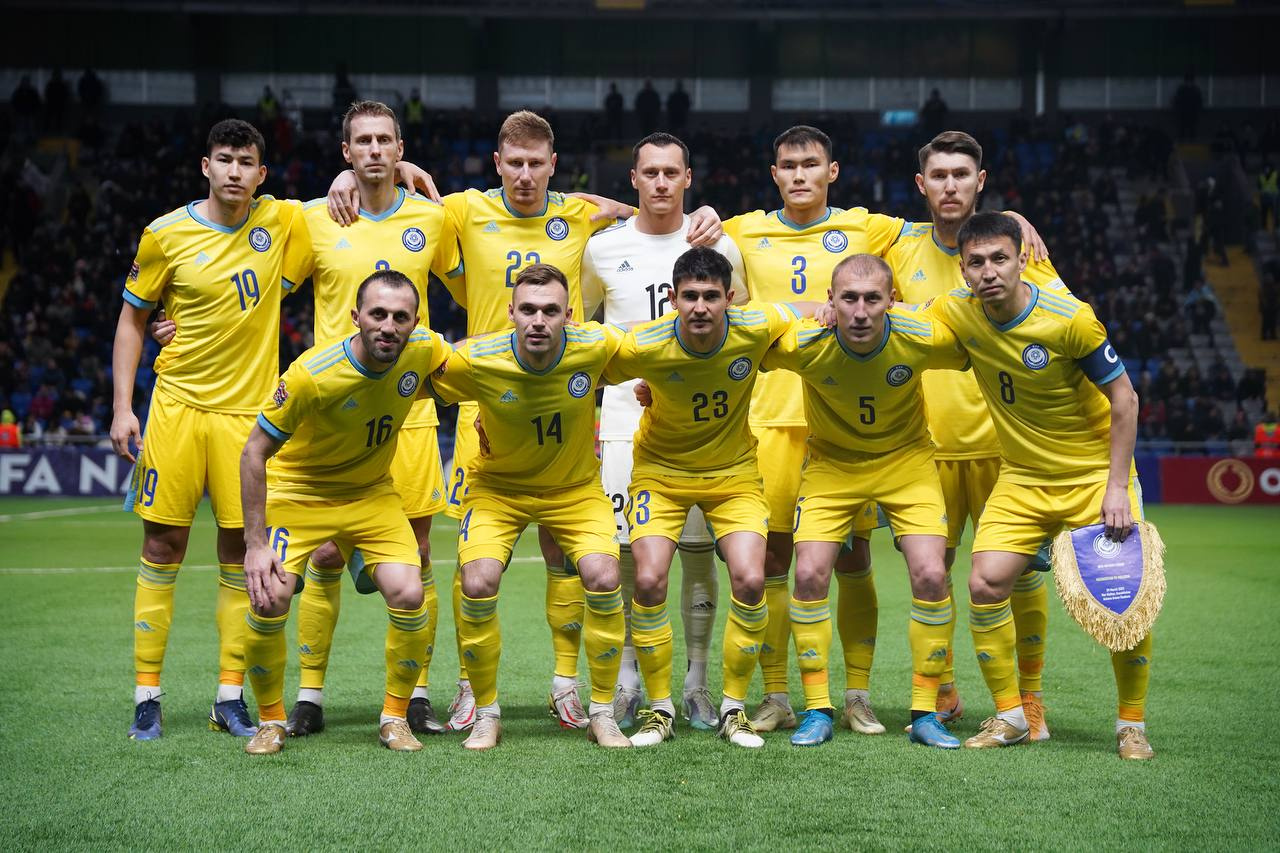 The first game will be on the 3rd of June and will be held in “Astana Arena”.

Kazakhstan National Team under the management of the new head coach, Magomed Adiyev will start their new journey in the UEFA Nations League 2022/23 tournament. Kazakhstan was drawn into group “C” in the 3rd division, where they will face Slovakia, Azerbaijan and Belarus.

Due to the circumstances of the calendar, our nation will play two home and two away games in the span of one month (June).

Therefore, on the 3rd of June Kazakhstan will start off the tournament with game against Azerbaijan at home. The game will be played on “Astana Arena” stadium at 20:00 local time.

3 days later our team will head off to Slovakia. The match will be held on the “Anton Malatinsky” stadium, in the city of Trnava. Teams will play on the night from the 6th to 7th of June, at 00:45 Nur-Sultan time.

June’s calendar will be finished up with a home game against Slovakia on the 13th of June. Same as the first game, the game with Slovakians will be held on “Astana Arena”, at 20:00 local time.

The last games of the Nations League group stage will be played in Autumn. On the 22nd of September, Kazakhstan will host Belarus, after which 3 days later, our team will play Azerbaijan away.

Venue to be determined later

Venue to be determined later

FIFA Launches legal portal for associations, clubs, football players and coaches
UEFA congratulated KFF with the Kazakh Football Day
Happy Kazakh Football Day!
The tenth module of training course was held for PRO category coaches
KFF Sets Up Futsal Professional League in Kazakhstan
Kazakhstan referees, instructors and coaches attending online seminars, relating to VAR
Aitpai Jamantayev: We will put all our effort to play well against Slovenia
Yuliya Myasnikova: I hope that in the near future, our national team will rise to its feet, and will show great results
The next 72nd FIFA Congress was held in Qatar with the participation of all National Associations
The meeting of the Executive Committee of the KFF was held
Up