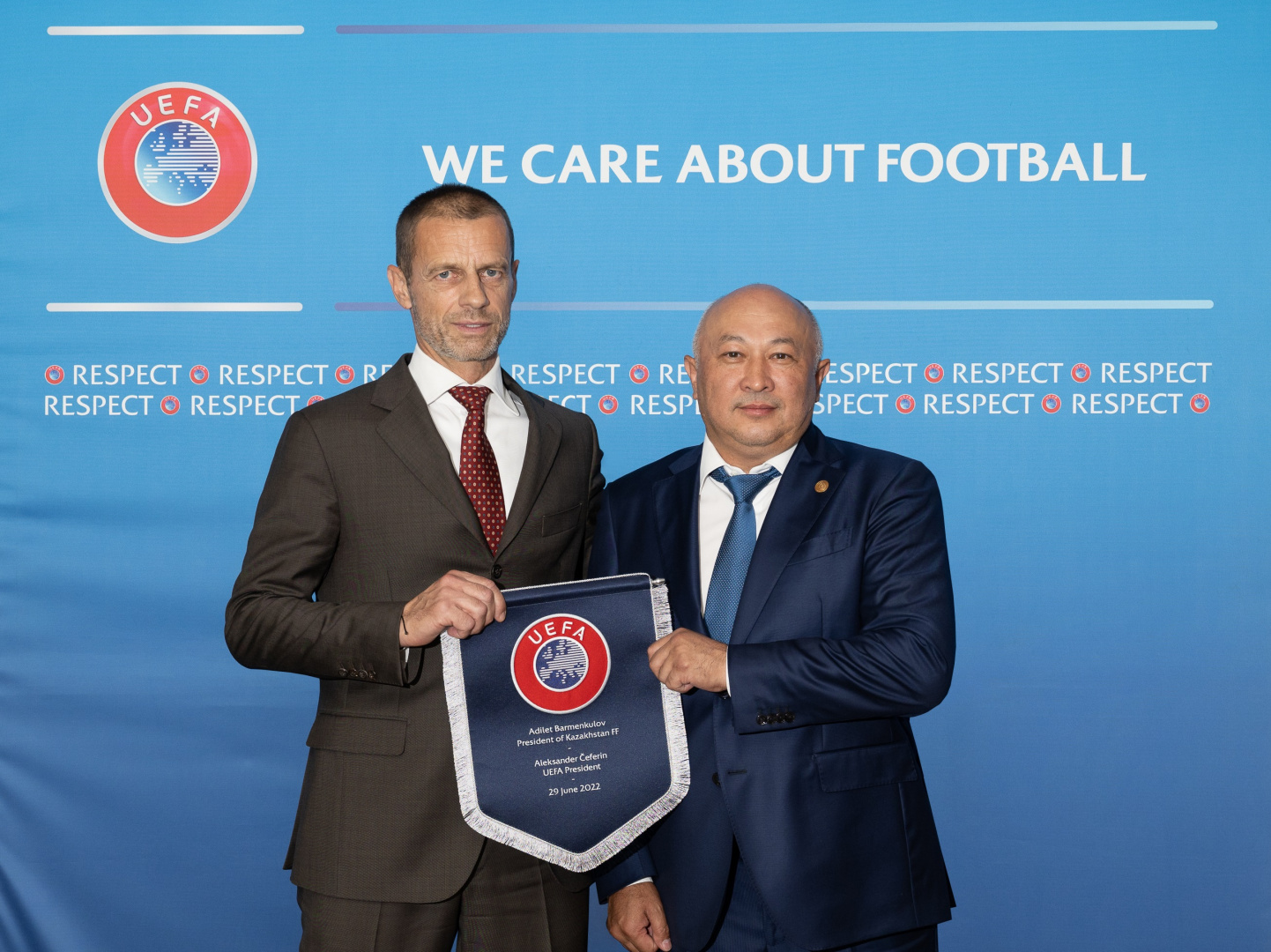 From 27 to 29 June 2022, the UEFA headquarters in Nyon (Switzerland) hosted working meetings between the delegation of the Kazakhstan Football Federation and European colleagues.

The Kazakhstani specialists held working consultations with the heads of various UEFA departments on the subject of further close cooperation in all areas of football development.

As a result of these negotiations, the presidents Aleksander Čeferin and Adlet Barmenkulov, made a number of strategic decisions.

In particular, in November of this year, within the UEFA Assist and UEFA Academy programs in Kazakhstan, an educational work shop STEP (Senior Team Executive Program) will be organized for Kazakhstani specialists with the involvement of the UEFA leading experts and neighboring countries. In 2023, for the first time, training will be organized in Kazakhstan as part of the CFM (Certificate in Football Management) educational project, which is being implemented by UEFA jointly with the University of Lausanne (Switzerland). The start of the project is scheduled for February 2023. 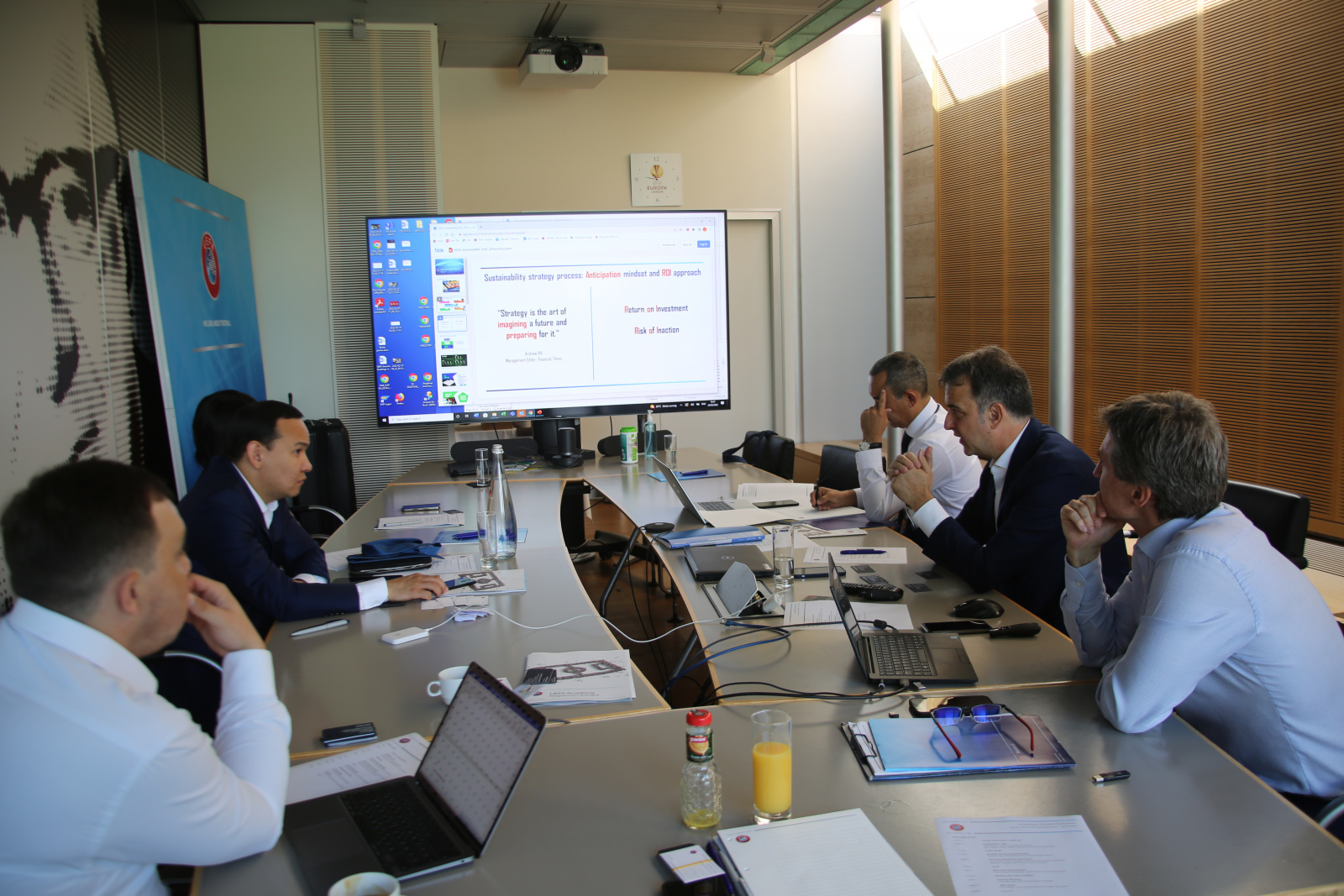 As part of the HatTrick Program, UEFA representatives were presented with a project prepared by the Kazakhstani side for the development of grassroots in Kazakhstan, including, among other things, the development and improvement of infrastructure focused on grassroots. European colleagues expressed their readiness to provide comprehensive support in the implementation of this project.

As part of the UEFA GROW Program, the Kazakhstani side will be assisted in the implementation of research on the Social Return on Investment project. Similar studies, previously conducted in a number of other European countries, show the effectiveness of financial resources invested in the football development. In a number of countries, for example, it has been proven that the funds spent on the development of youth football and grassroots can significantly save on the costs of medicine, the fight against crime, etc. In the near future, European and Kazakhstani specialists will hold a similar study for our country.

Under the Elite Player Development Program, the implementation of projects to support football centers through the strengthening of educational courses for coaches and the development of a project for a national academy at the KFF will be continued.

Also, a project will be jointly prepared to organize the final stage of the European Under-17 and Under-19 Championship in Kazakhstan. This will be an additional impetus for the development of youth football, which is one of the priority tasks in the Football Development Strategy in Kazakhstan.

“We are at the stage of approving a new strategy for the development of football in the Republic of Kazakhstan. It is very important for us that the projects prepared within this strategy are evaluated, including by foreign experts. We really appreciate the support that UEFA gives us. All those agreements that we have reached with UEFA President Aleksander Čeferin are aimed at achieving the goals indicated in our strategy. They cover such key topics as education, training of coaches, improvement of football infrastructure for grassroots, development of youth football. Our country has great football potential. All projects of the development strategy are aimed at the fullest disclosure and realization of this potential”. 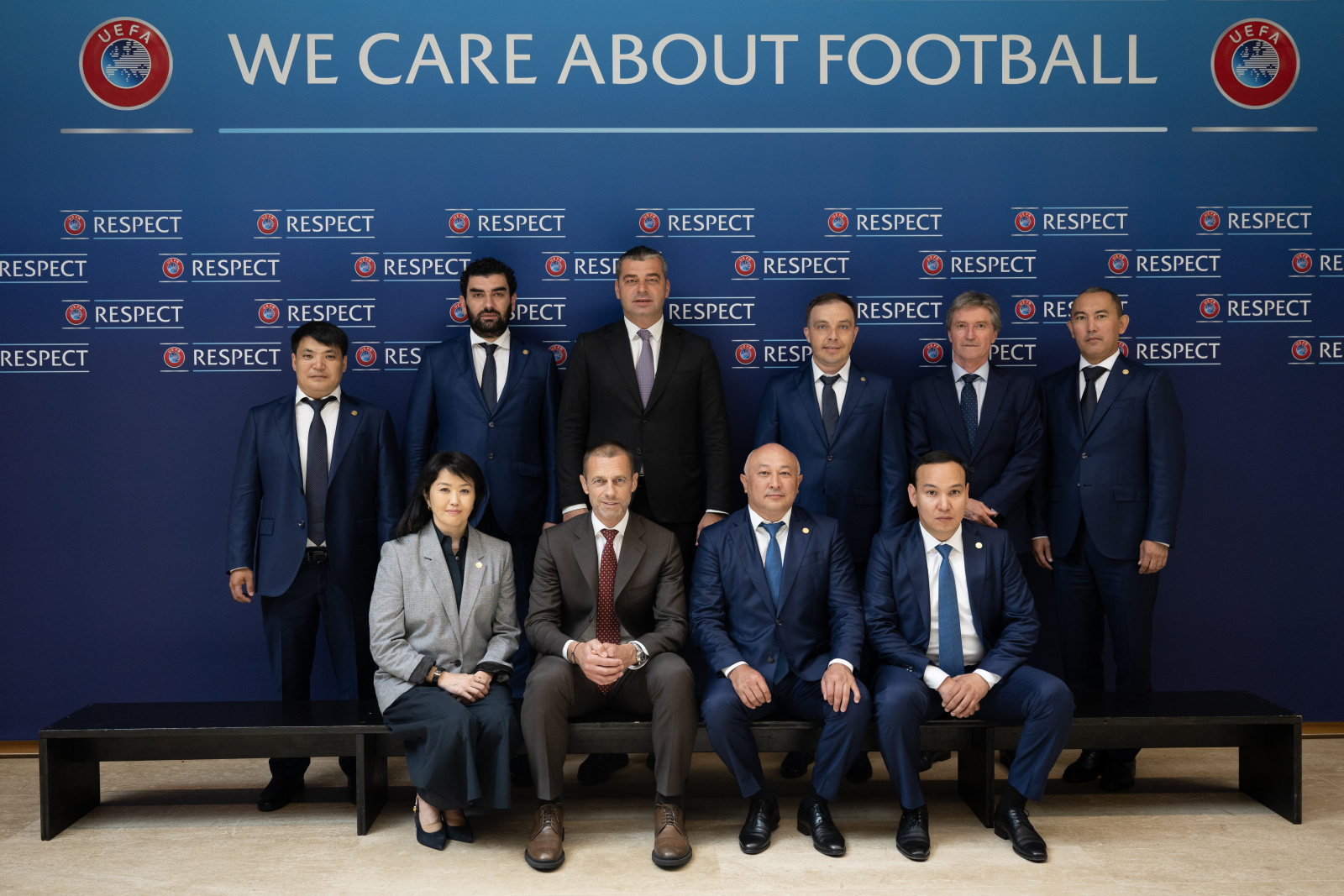 LOGVINENKO, NARZILDAEV, KASYM AND SHCHETKIN LEAVE THE KAZAKHSTAN TEAM CAMP
Magomed Adiyev: «We do not have key and reserve players»
ASKHAT TAGIBERGEN: «WE WILL DO EVERYTHING TO ACHIEVE A POSITIVE RESULT IN THE GAME WITH AZERBAIJAN»
National and youth teams of Kazakhstan played in a friendly game
Message to the fans
Kazakhstan U-19 team will play friendly matches with Azerbaijan U-19
Youth national team squad for matches with Denmark and Turkey
EXPANDED LIST OF PLAYERS FOR THE UEFA NATIONS LEAGUE MATCHES
Kazakhstan National Team’s Calendar for the UEFA Nations League 2022/23
FIFA Launches legal portal for associations, clubs, football players and coaches
Up