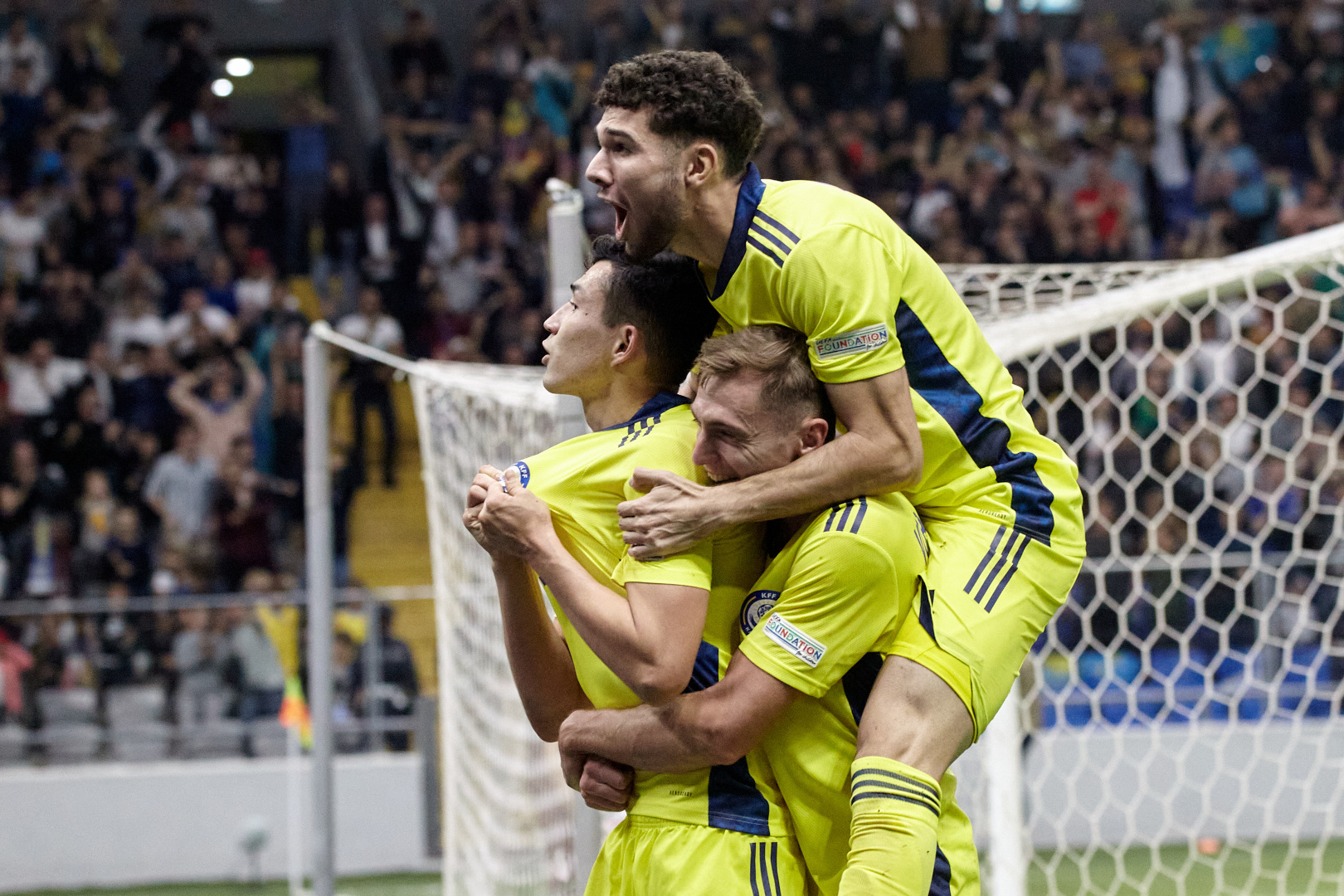 Kazakhstani defender Mikhail Gabyshev opened the score in the 29th minute. However, just a few seconds before the end of the first half, the opponent Pavel Savitski managed to equalize 1:1.

By the end of the second half, Kazakhstani players took the lead, Baktiyor Zainutdinov scored in the 79th minute - 2:1.

Thus, the Kazakhstan national team wins in its group and enters the UEFA Nations League "B" league. At the same time, our football players had the right to compete for a place in the final stage of the 2024 EURO.

Magomed Adiev: "We will try to delight our fans''
Askhat Tagybergen: "We are striving only for victory"
KFF has approved Kazakhstan football development strategy
''AMANAT'' Party and KFF will jointly develop grassroots
KFF will present new kits for the Kazakhstan national football teams
KFF signs memorandum with Freedom Finance JSC
KFF signs memorandum with KATU
Ricardo Cacau: "It is very important to start preparing for the World Cup qualification now"
KFF takes part in FIFA workshop
Kazakhstan U-20 will hold training camp in Belarus
Up