Azamat Aitkhozhin: "I congratulate FC "Kairat "and "Tobol" with victories in the Europa League qualifiers!"

Azamat Aitkhozhin: "I congratulate FC "Kairat "and "Tobol" with victories in the Europa League qualifiers!" 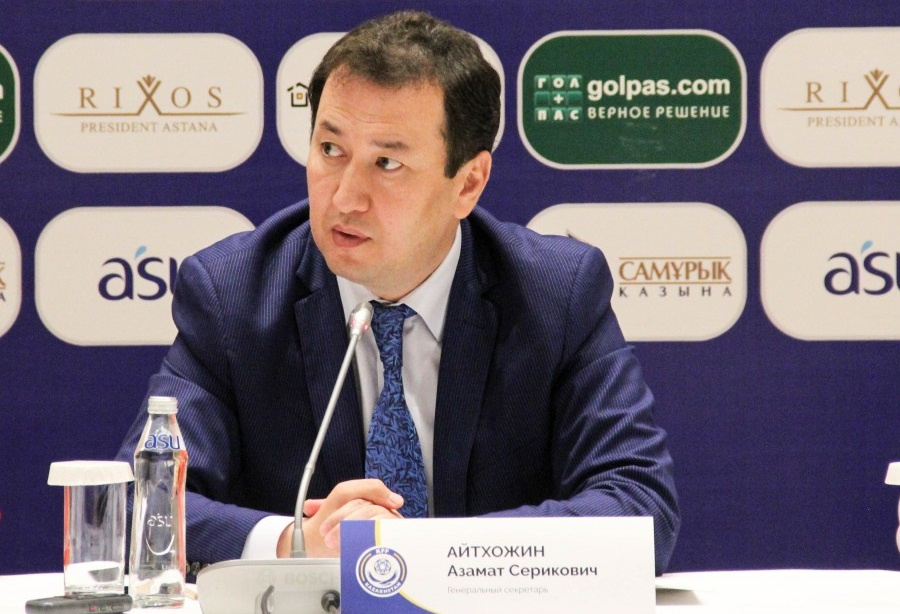 The KFF General Secretary Azamat Aitkhozhin congratulated FC "Kairat" and "Tobol" with victories in the first matches of the second qualifying round of the Europa League.

The match of FC ''Kairat'' against the Dutch ''AZ Alkmaar'' was very tough. I think that despite the difficult game for our team, the fans got a real pleasure from the atmosphere at the Central Stadium in Almaty. As expected, the rivals were very technical. However, our team was primed for victory and managed to do their best. Almaty club deservedly won. Congratulations "Kairat" with this victory and I wish good luck in the second leg!

The match of FC "Tobol" over the Armenian "Pyunik" was also brilliant. Guests by and large played in defense, but our players achieved their goal and won. The second leg will be difficult, but we believe in our team and wish the players success!

''I encourage the football community to support the domestic clubs that represent Kazakhstan in the international arena. Now it is absolutely necessary for them. Alga, Kazakhstan! "-  Aitkhozhin said.

Kazakhstan Football Federation congratulates Adilbek Dzhaksybekov on his birthday!
Instructors-Coaches Training Seminar
Seminar for Domestic Football Inspectors Took Place in Astana
Yerlan Jamantayev: "We will carefully prepare for the next stage of the EuroLeague"
Azamat Aitkhozhin Congratulates "Astana" On Victory Over "Midtjylland"
Azamat Aitkhozhin: "Our clubs will be set for the European Cup matches"
Orynbasar Daurenbekova: "We confidently looked forward to victory"
FC "Dostar" Finishes Its Participation in the UEFA "Regions Cup"
FC "Dostar" Participates in the "UEFA Regions Cup" Among Amateurs
Kazakhstan Beach Soccer Team Takes First Place in Its Group in 2018 EuroLeague
Up