"BAQ League" Forth Season Has Started in Astana

"BAQ League" Forth Season Has Started in Astana 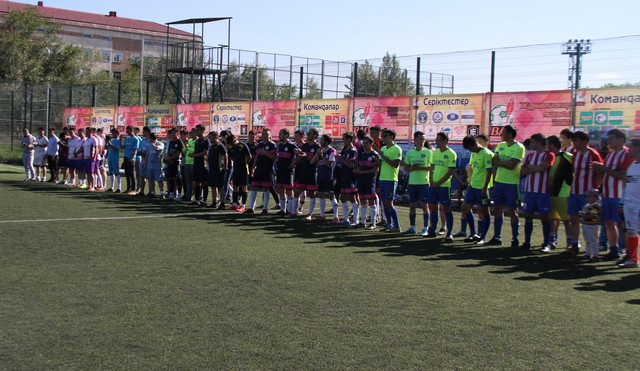 The official mascot of the tournament "Bukosh" was presented at the opening ceremony.

In the new season, according to the results of the previous season, 13 teams are divided into two leagues - "A" and "B".

The tournament will last for two months. In addition to the championship, the teams will play for the BAQ League Cup. All matches will be held at the stadium "Tarlan Arena".

Azamat Aitkhozhin: "I congratulate FC "Kairat "and "Tobol" with victories in the Europa League qualifiers!"
Kazakhstan Football Federation congratulates Adilbek Dzhaksybekov on his birthday!
Instructors-Coaches Training Seminar
Seminar for Domestic Football Inspectors Took Place in Astana
Yerlan Jamantayev: "We will carefully prepare for the next stage of the EuroLeague"
Azamat Aitkhozhin Congratulates "Astana" On Victory Over "Midtjylland"
Azamat Aitkhozhin: "Our clubs will be set for the European Cup matches"
Orynbasar Daurenbekova: "We confidently looked forward to victory"
FC "Dostar" Finishes Its Participation in the UEFA "Regions Cup"
FC "Dostar" Participates in the "UEFA Regions Cup" Among Amateurs
Up