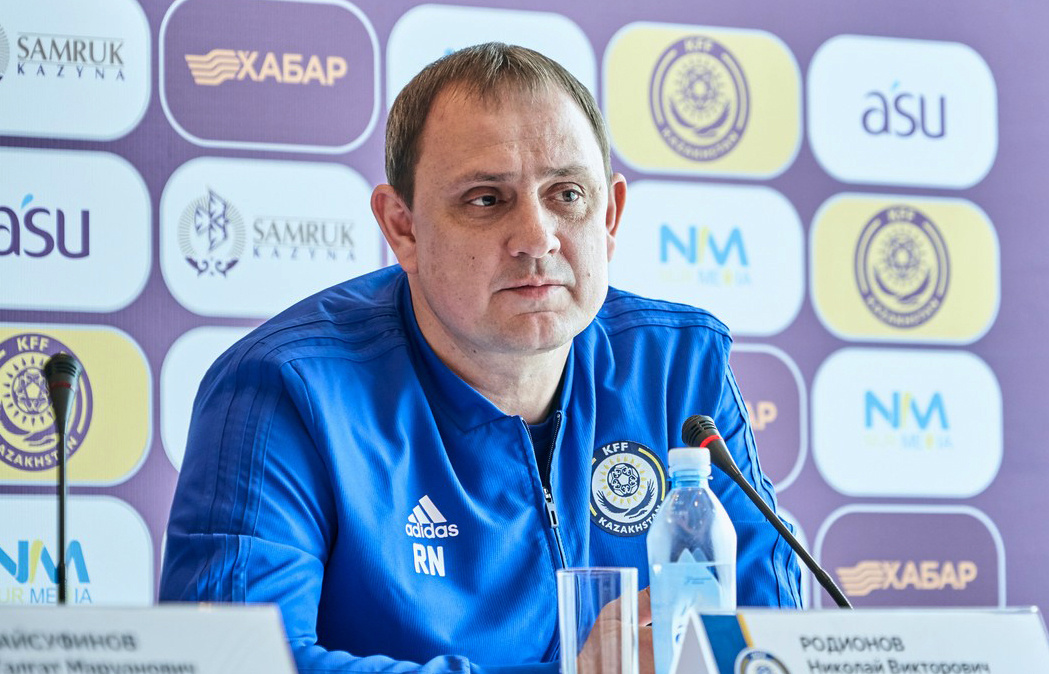 - Nenad Erich announced his retirement from the national team. What can you comment on this situation?

- The news that Nenad Erich leaves the squad, was an unpleasant surprise for us. But he is already 37 years old. That was his decision, we should respect it. I have known him for a long time, we worked together for many years in FC 'Astana'. I am sure that this is a considered decision. We had a conversation about this issue, it is a bit hard for him to play for the club and the national team.

- What do you think about other goalkeepers in the extended list?

- Currently, there are two equal goalkeepers (Plotnikov and Pokatilov - comment of the KFF press service), who have international enough experience at the level of both the national team and football club. Who has regular practice in the Almaty team, he will play for the nationl team.

Kazakhstan National Team Extended List of Players
Dinmukhambet Suleimenov: 'The head coach gave a chance to young players and they did it'
Mato Stankovich: 'Kazakhstan futsal team is one of the best in the world'
Kaka: 'Our team showed only 50% of their skills'
Higuita Plays His 50th Anniversary Game For The National Team
Kaka: “I enjoyed the game of our team, but we are far from ideal”
UEFA Futsal Championship League Final Four Draw
First Press Conference of Michal Bilek As Coach of Kazakhstan National Team
Mato Stankovic: “No other team has the same style of football as yours”
Kaka: “It is important not only to win, but also to show a good game”
Up