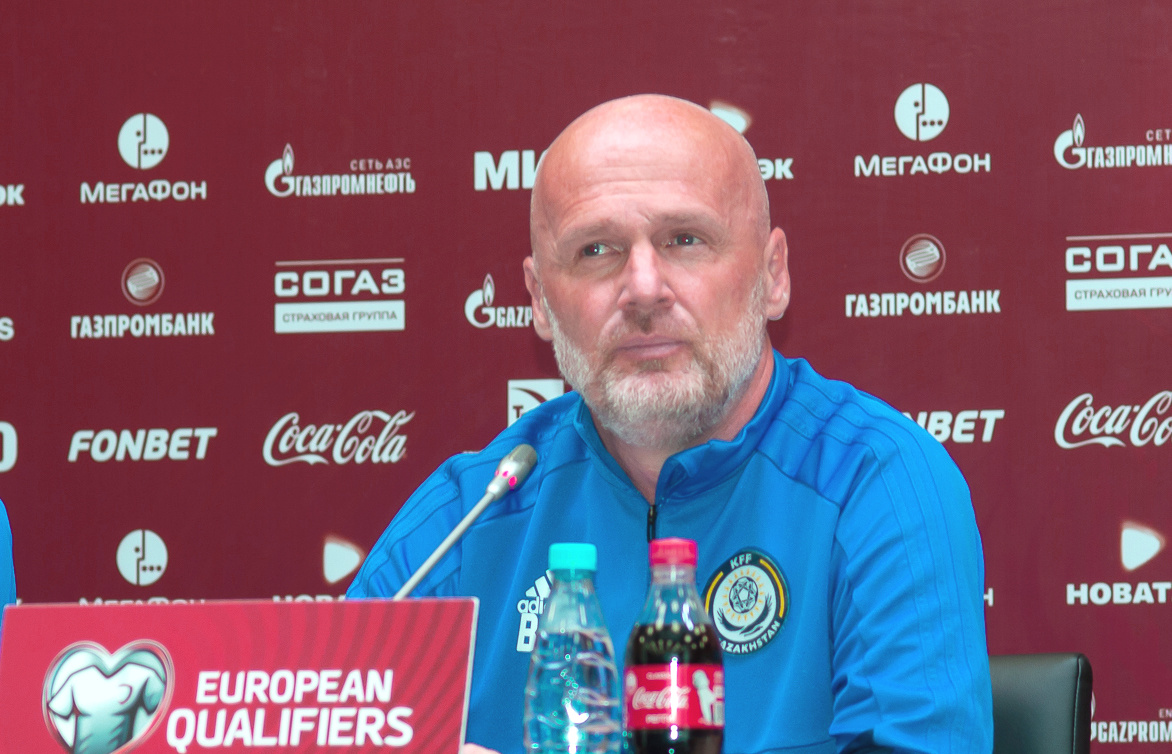 - We understood that our rivals were strong and that we would have to defend a lot, so we tried to play more in defense. It turned out to play according to plan, so the opponent had almost no chances to score. We failed with that one piece-set.

- There were five changes in the starting lineup. Can you rate the game of the young players?

- The changes in our squad were also planned, because in the previous match, the players left a lot of strength. All the players who took the field in the starting lineup proved their skills. Abiken, who played his first match for the national team against such a strong opponent, did his best. He and all the other players did their best.

- Please give an assessment of the stadium. And did the rainy weather affect the game?

- Everything was great. The atmosphere created by the fans at the stadium was great. We gained a positive experience. The turf, despite yesterday's rain, was also quite good.

Kazakhstan Lost To Russia With A Minimum Score
Konami Puts Kazakhstan National Team Into PES 2020
Changes to Kazakhstan U21 Squad
Michal Bilek: 'We will make safe in defense, but we will also try to use every chance to score'
Kazakhstan National Team Arrive in Kaliningrad
Michal Bilek: 'One point gained in an away match is a good result for us'
Aleksandr Moskalenko: 'We gain only positive experience playing with such rivals as Spain'
Kazakhstan U21 Starting Line-Up
Kazakhstan Beach Soccer Team Wins Over Hungary
Schedule a Live Broadcast to Watch Kazakhstan In EBSL Promotion Final!
Up