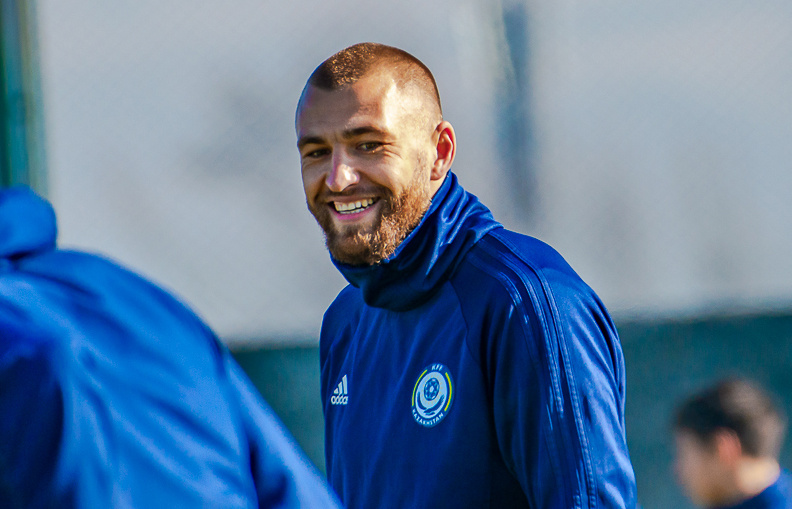 The Kazakhstani forward Aleksey Shchetkin told about the preparation for the upcoming matches of the UEFA Euro-2020 qualification against San Marino and Scotland.

- Everything goes in full work-mode, first we need to prepare for the game against San Marino. In this match, we must win.

- You have had some health problems and were not able to help the team in the October matches against Cyprus and Belgium. What is your health state now?

- I have already played two matches in the championship and ready to help the team.

- Two away matches at the end of the season. What are you expecting from these games?

- We must win in San Marino and we hope to win in Scotland. In Glasgow, the team must get a positive result: at least one point.

- Andrew Robertson from Liverpool, Scott McTominay from Manchester United and Ryan Fraser from Bournemouth may not be playing in the upcoming match. It seems to be a kind of a bonus for our team...

- I think there is no difference, because all of the players in their squad are skilled. We need to build on our game.

Kazakhstan U-17 Plays First Match at Euro-2020
Kazakhstan women's team lost to Austria
Best KFF Football Awards 2019
KFF to summarize the football season
Kazakhstan U17 Team Are Preparing for Euro-2020
Kazakhstani Rivals in the 2020 Futsal World Cup
Kazakhstani Women's Team's Squad for the match against Austria
Kazakhstan National Team's Squad for matches against San Marino and Scotland
Askar Abildayev: 'We simply have no right to finance TV broadcasting...'
Football Club Managers to be trained under new UEFA program
Up