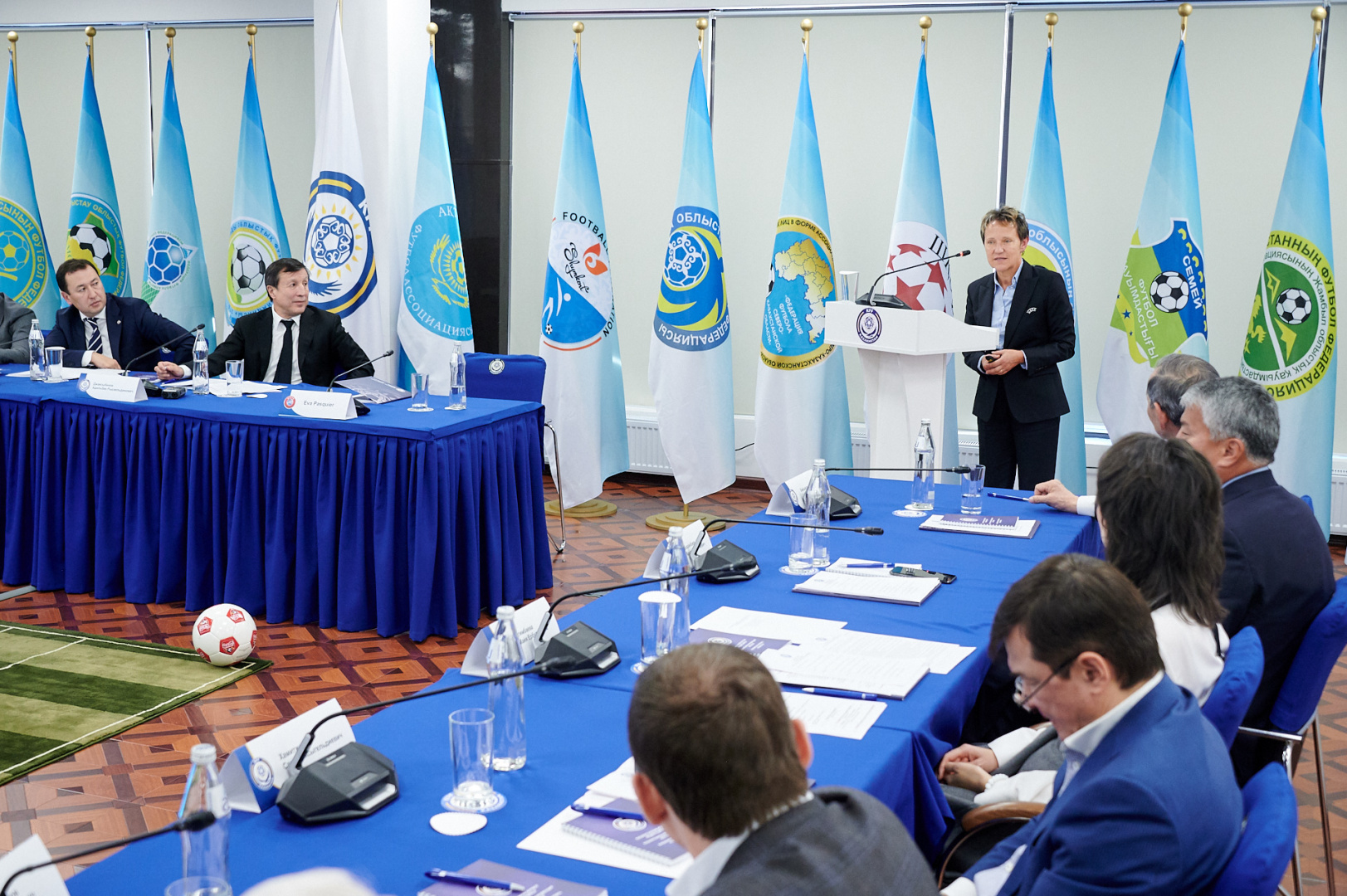 The head of UEFA international relations Eva Pasquier took part in the conference held by the Kazakhstan Football Federtion.

In her speech, the representative of the European Union of Football Associations, Eva Pasquier, talked about the current state of football in Kazakhstan based on the analysis that UEFA conducted as part of the UEFA GROW program with the help of the famous research company Nielsen. According to the report, 1014 respondents of different sexes and age groups were interviewed throughout the country. Since 2016, interest in football among the population has grown from 22 percent to 48 percent. Thus, football is twice as popular as boxing and almost five times as hockey and mixed martial arts (MMA).

Football among the adult population also ranks second in terms of involvement after fitness (13 percent in 2019 compared to 8 in 2016). The number of football players among the younger generation has also increased (22 percent). Football in children is more common than swimming and gymnastics (13 and 8 percent, respectively).

Moreover, interest among fans in the domestic championship and the games of the national, youth and junior teams of Kazakhstan has also increased.