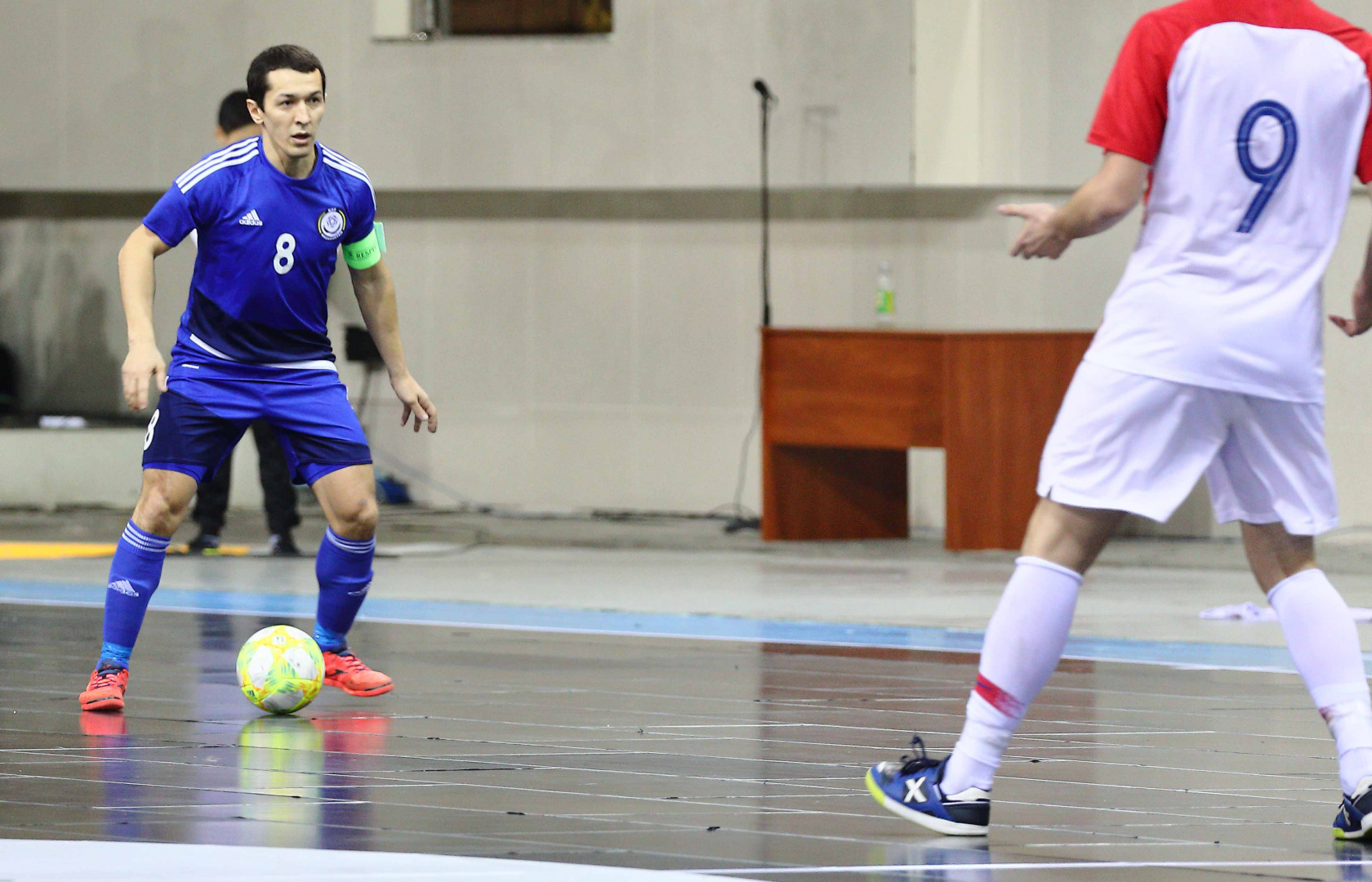 Players of the Kazakhstan national futsal team have updated their statistic figures in the matches of the Elite round of the World Cup-2020.

The 38-year-old captain of the Kazakhstan futsal team, Dinmukhambet Suleimenov, has played his 95th match in a game against the Slovenian national team (4:3). He made his debut for the national team in 2001.

The match against Slovenia became for Albert Akbalikov 25th, for Alexander Gurov - 15th, and for Azat Valiullin - 10th.

Another leader of our team, Douglas Júnior da Silva Negreiros, scored his 40th goal for the Kazakhstan futsal team against Slovenia. Currently, he is the top scorer and totally, he has played 51 matches for the national team.

Kaka: 'The players will fight to win for the sake of their country'
Kazakhstan Beats Slovenia
Slovenia vs Kazakhstan - Live Broadcasting
Kaka: 'We’ll do our best, even if we have only one percent chance to qualify further'
Kazakhstan Loses to Romania
Watch live broadcasting of the Kazakhstan Futsal Team!
Team building
Higuita: 'A new generation of young goalkeepers is growing up in Kazakhstan'
Dinmukhambet Suleimenov: 'I want to do my best to help the national team to qualify for the final'
Ricardo Kaka: 'Our main goal is to take the first place'
Up