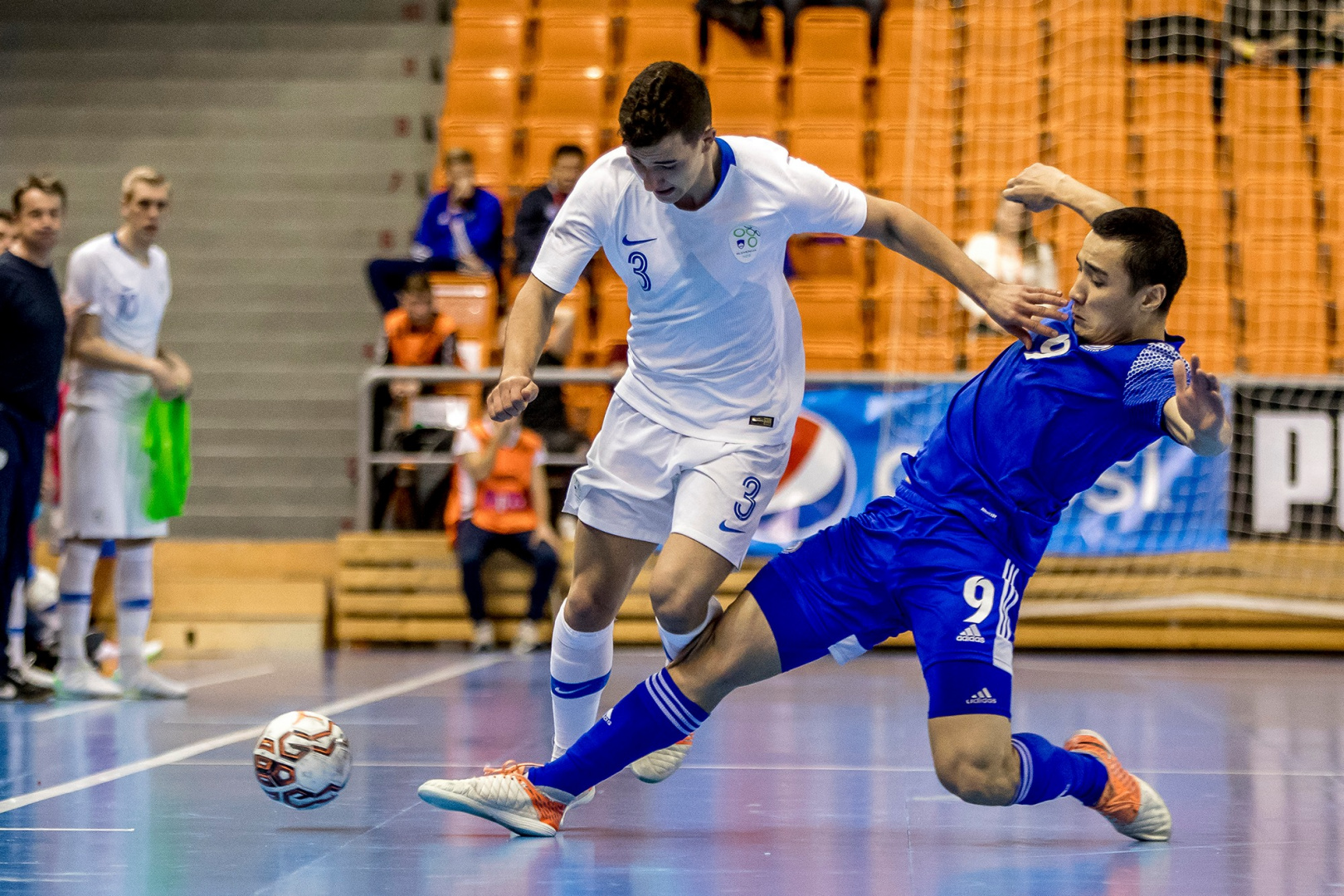 Фото: Сорин Пана
The Kazakhstan futsal team defeated Slovenia in the elite round of the World Cup-2020.

In the 18th minute of the first half, Albert Akbalikov scored the first goal for Kazakhstan.

In the 28th minute of the second half, the rivals equalized - 1:1. Matey Fidersek scored.
Following Slovenia came forward, in the 31st minute, Alain Fetić doubled the advantage. A minute later, Douglas managed to tie the scoring - 2:2.

The final two minutes of the game were tense and decisive. Kazakhstan managed to do their best. In the 37th minute, Leo scored and in the 39th minute, Dauren Tursagulov delivered a hard victory to the national team of Kazakhstan - 3:4!

The last game day in our group promises to be exciting: tomorrow Slovenia will play against Romania, and Kazakhstan will play against the hosts of the elite round - the Czech team. The Czech Republic, by the way, after two games has six points.

Slovenia vs Kazakhstan - Live Broadcasting
Kaka: 'We’ll do our best, even if we have only one percent chance to qualify further'
Kazakhstan Loses to Romania
Watch live broadcasting of the Kazakhstan Futsal Team!
Team building
Higuita: 'A new generation of young goalkeepers is growing up in Kazakhstan'
Dinmukhambet Suleimenov: 'I want to do my best to help the national team to qualify for the final'
Ricardo Kaka: 'Our main goal is to take the first place'
KFF General Secretary Meets with Kazakhstan Futsal Team
Kairat Imanalin: 'At the moment we are working more on tactics'
Up