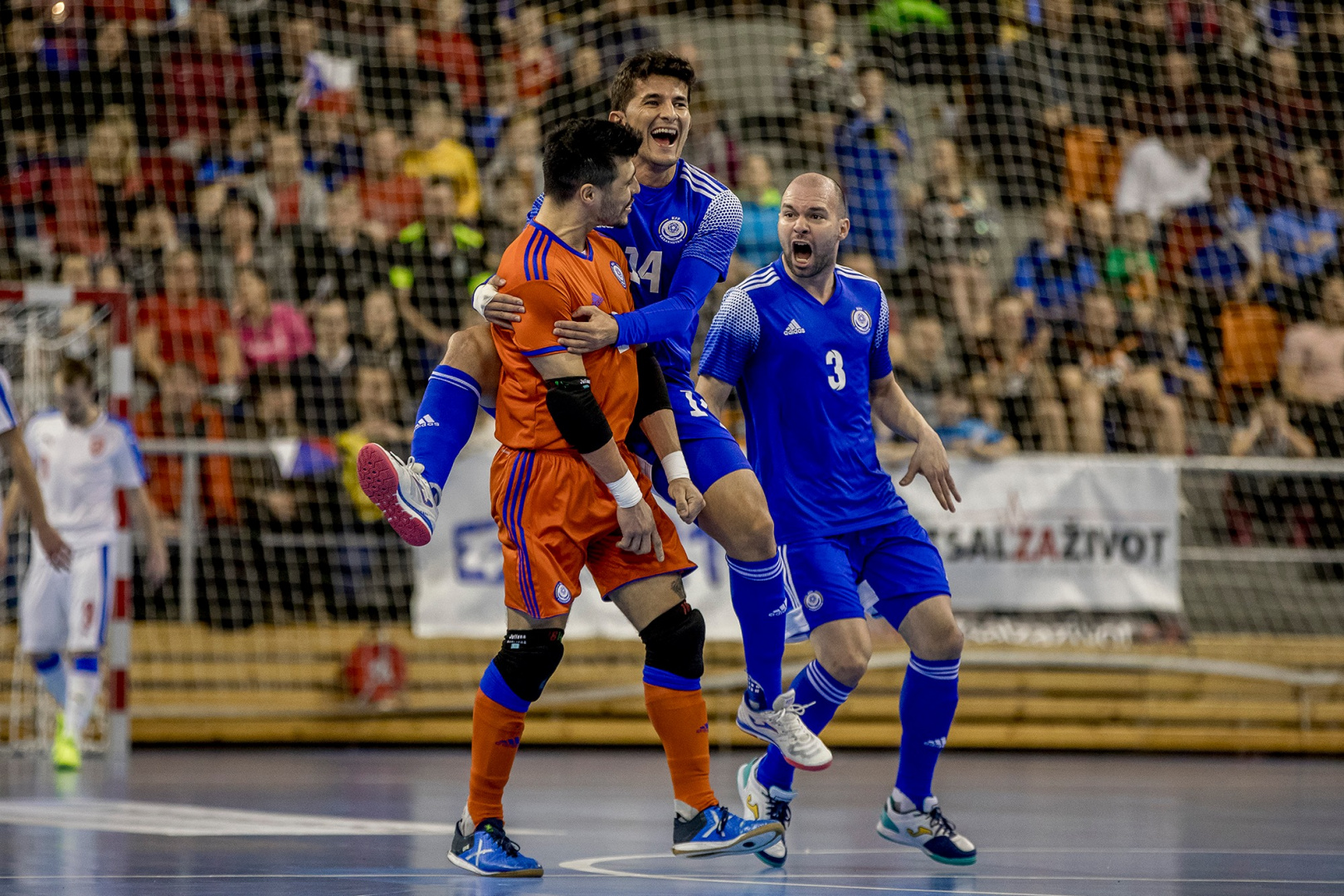 In the decisive match of the elite round, the Kazakhstan futsal team confidently beat the Czech futsal team and has qualified for the final stage of the World Cup-2020.

The first game of the third match day between the national teams of Romania and Slovenia took place three hours earlier and ended with 4:4.

In the first four minutes of the match, Kazakhstan scored three goals and took the lead. Douglas took a brace and Tynan scored one goal.

The first half ended with 3:0.

In the second half of the match, Douglas scored his third goal. The Czech Republic scored one goal four minutes before the end of the game.
Soon Tynan scored the fifth goal for the national team of Kazakhstan. The hosts managed to score on more goal in the last seconds.

Kazakhstan Futsal Team's Players Update Their Stats
Kaka: 'The players will fight to win for the sake of their country'
Kazakhstan Beats Slovenia
Slovenia vs Kazakhstan - Live Broadcasting
Kaka: 'We’ll do our best, even if we have only one percent chance to qualify further'
Kazakhstan Loses to Romania
Watch live broadcasting of the Kazakhstan Futsal Team!
Team building
Higuita: 'A new generation of young goalkeepers is growing up in Kazakhstan'
Dinmukhambet Suleimenov: 'I want to do my best to help the national team to qualify for the final'
Up