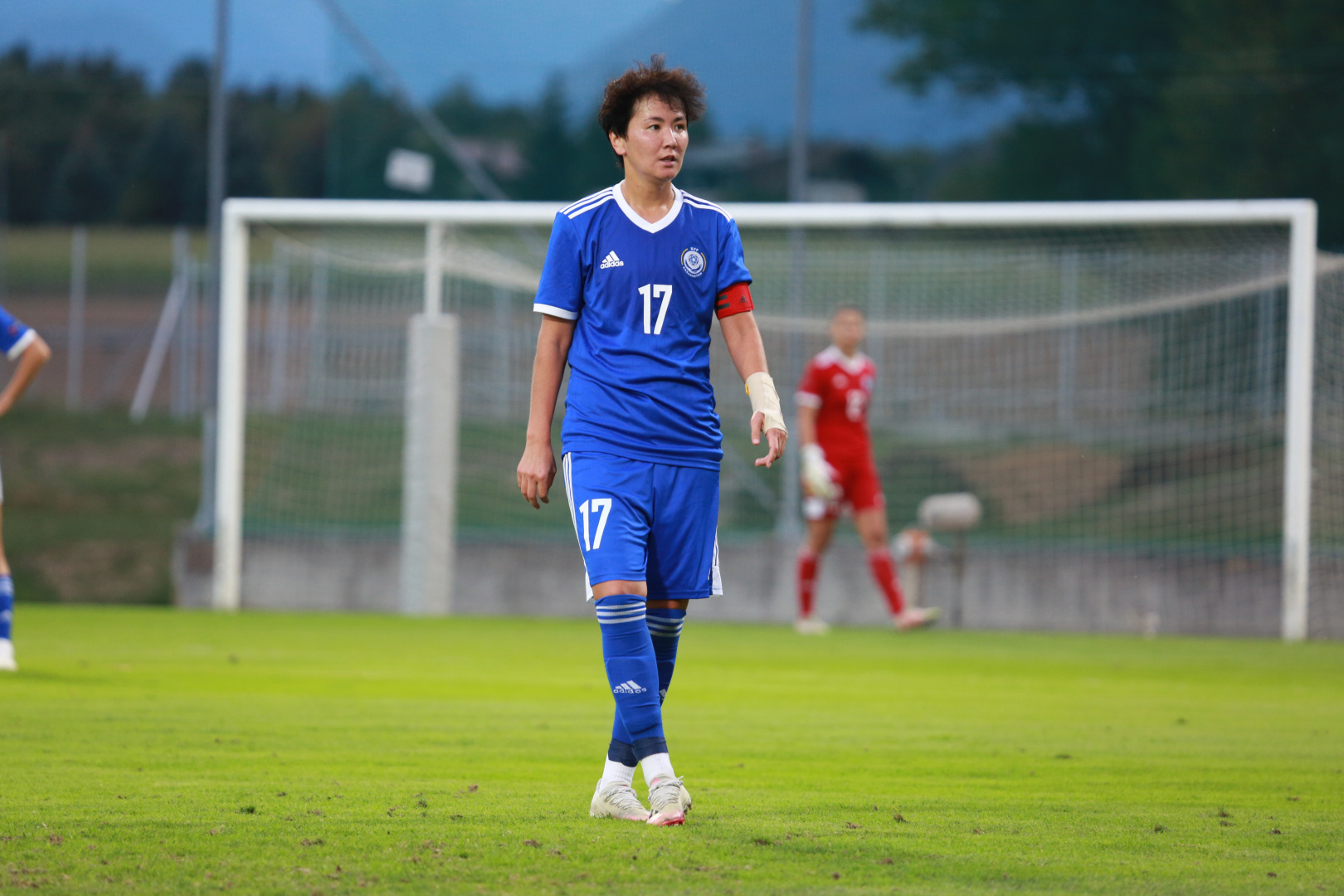 Midfielder of the Kazakhstan women's team Karina Zhumabaykyzy summed up the results of the away match against Slovenia (0:2) and also spoke about the preparations for the upcoming match against Estonia, which takes place in Karagandy.

- The match was intense. It was hard to keep a lower profile. We realised that Slovenia would put pressure. We tried to play our best. However, lost goals because of our mistakes and lack of concentration.

- You led the national team with the captain's armband for the first time. What did you feel before the kick-off?

-Definitely I felt excited. For me, this is a great honor. I am grateful to the coaching staff for trusting me. I tried to support the girls, to help them.

- In the same match, four players made their debut for the national team at once: Kazyna Norbayeva, Assel Orynbay, Margarita Taldykina and Nursulu Balzhan. What would you say about their performance?

- They were waiting for their chances. It is a great honor to play for the national team. I think the girls did not get lost, they played quite confidently and tried to follow the head coach's instructions.

- What are your expectations regarding the upcoming game against Estonia in Karagandy?

- The match will take place in my hometown and we must win. Our team has already won in Karagandy. It was in 2012 against Switzerland (1:0). I was at the stadium as a spectator. And here we are, 10 years later. We believe we will achieve a positive result and please our fans.

KAZAKHSTAN WOMEN'S TEAM LOSES TO SLOVENIA
KFF and UEFA presidents identified key projects for the development of football in Kazakhstan
LOGVINENKO, NARZILDAEV, KASYM AND SHCHETKIN LEAVE THE KAZAKHSTAN TEAM CAMP
Magomed Adiyev: «We do not have key and reserve players»
ASKHAT TAGIBERGEN: «WE WILL DO EVERYTHING TO ACHIEVE A POSITIVE RESULT IN THE GAME WITH AZERBAIJAN»
National and youth teams of Kazakhstan played in a friendly game
Message to the fans
Kazakhstan U-19 team will play friendly matches with Azerbaijan U-19
Youth national team squad for matches with Denmark and Turkey
EXPANDED LIST OF PLAYERS FOR THE UEFA NATIONS LEAGUE MATCHES
Up