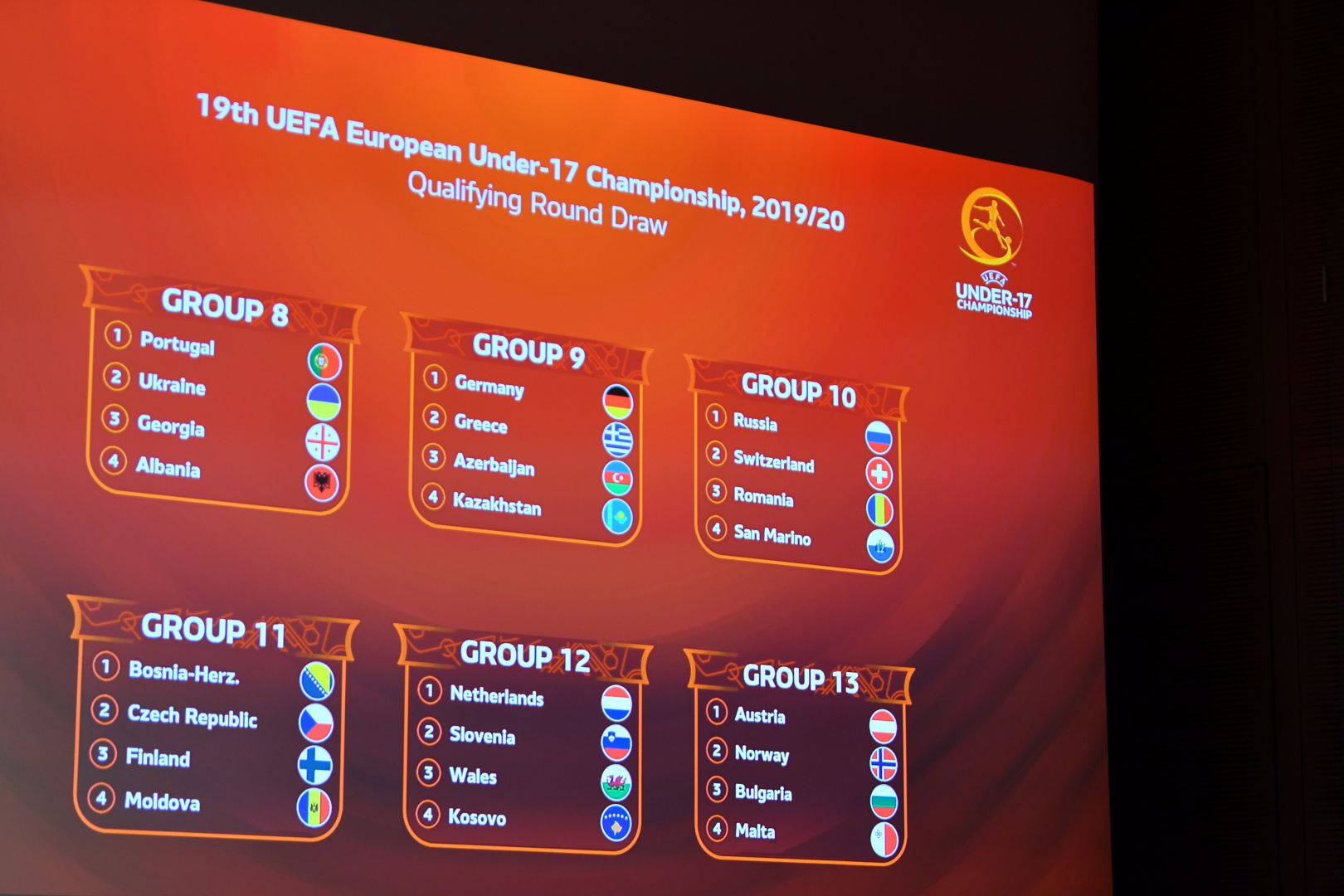 The 2019/2020 European Under-17 Championship qualifying round draw took place in Nyon, Switzerland.

The Kazakhstan national under-17 team will play with the national teams of Germany, Azerbaijan and Greece. Matches will be held from 13 to 19 November 2019 in Greece.

Alexey Smertin: 'I am happy that Kazakhstan got in the same group with the Russian national team'
Bauyrzhan Turysbek: “Games with Belgium and Russia are a great opportunity to assay our strength”
Hungary And Slovenia Host 2012 Under-21 EURO
Women's EURO-2021 Takes Place In England
Alex McLeish: "Exciting games are coming"
Franco Varrella: “For us they are new rivals and new experience”
Ran Ben-Shimon "There will be no easy games in our group''
Roberto Martinez: “We have a long journey to Kazakhstan”
EURO 2020 - Kazakhstan - Fixtures
Georgy Zhukov: "It will be hard to play against Belgium, but at the same time it will be very interesting"
Up