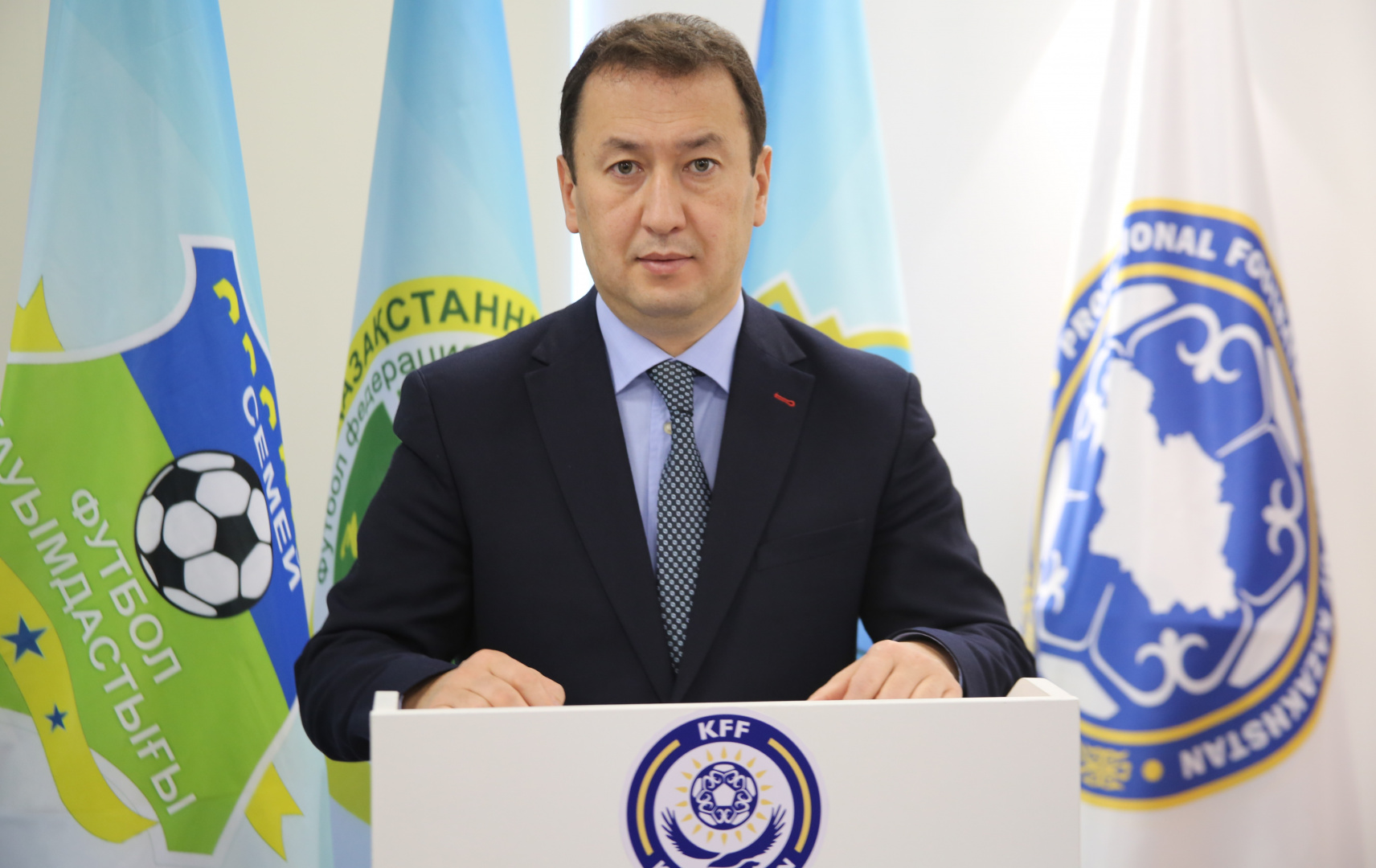 General Secretary of the Kazakhstan Football Federation, Azamat Aitkhozhin, commented on the readiness of stadiums to host the matches of the upcoming season of the Premier League.

- How would you comment the situation about the arenas in Kazakhstan? What is being done in the regions and in the capital to resolve this issue?

- This problem exists. At the last Conference of the Kazakhstan Football Federation, held in November last year, I presented a report on the state of professional football infrastructure. I would like to note that over the past five years, tremendous efforts have been expended in order to increase the level of stadium infrastructure and improve the quality of fields. In that report, we also emphasized that it was urgent to replace turf on the main arenas in Nur Sultan, Karaganda, Pavlodar, Petropavlovsk, Temirtau, as well as on the reserve field of the Central Stadium in Taldykorgan. And the KFF’s principled position on this issue: either the infrastructure will be improved, or the stadiums will not be allowed to play next season. It paid off.

- When do you plan to start repair work in these cities?

- on January 29, we signed an agreement to replace the turf and install an automatic irrigation system at the Astana Arena stadium. According to the contract, the work will be carried out for up to 120 days and will be completed approximately in June.

The big complaints from the fans are caused by the situation with the main stadium of the Karaganda FC Shakhter. The football club for several years has started the season at the arenas of other cities. Finally, this problem is close to its solution. On January 28, an agreement was signed on the reconstruction of the football field at the Shakhter stadium. This includes replacing natural turf with artificial one, as well as installing a field heating system, which is very important for this region. At the same time, one it is need to replace the turf at the Metallurg stadium in Temirtau.

At the end of last season, renovation work was carried out at the Central stadium in Pavlodar to improve the artificial turf. The region’s main team will begin the new season at its stadium.

Unfortunately, Petropavlovsk will not be able to start a new football season at their home arena, having returned to the Kyzyl-Zhar SK Premier League. Now we can say that playing at the stadium in Petropavlovsk is extremely dangerous for the health of the players. In the near future, repair work will begin at the Karasay stadium. Of course, everything is relative. In the same Kokshetau, the oblast akim instructed closer to the end of the 2020 season to consider the possibility of reconstructing the field and installing a heating system, which is very important for the northern region. I would like to see the same thing in Petropavlovsk.

There are problems with the reserve field in Taldykorgan. As you know, the local FC Zhetysu starts the football season in the reserve arena due to the fact that the main arena has a natural turf that is not ready for the matches in early spring. Last season, the Commission for the admission of fields based on the results of the inspection gave its recommendations and instructions for improving the quality of artificial turf. When FC Zhetysu returns to the main stadium, the artificial arena will be replaced at the reserve arena, and the number of seats will be increased to two thousand spectators.

I would like to note that the football arenas in Shymkent, Taraz, Kostanay (indoor arena), Almaty, Pavlodar and Kyzylorda are currently ready for Premier League matches. Repair work is being completed at the Zhas Kanat stadium in Aktau, where they install safety along the field perimeter, the area for ​​locker rooms and a working area for media increases, as well as a platform for cameras of the PFLK-TV Internet project. I will add that the leadership of the Okzhetpes stadium in Kokshetau gave a guarantee to prepare the field for the first home match, which will take place on March 15.

- What would you say about one of the latest projects - online map of football infrastructure facilities?

- We received information from the local executive bodies of all regions on the number of football facilities in the country. Currently, there are 193 stadiums, 4584 fields and 63 arenas across in the database. These data will still be supplemented this year. Currently, the map is functioning in test mode and is already available on the KFF website. We plan to complete work on by the middle of the year.

- Last week, the national futsal team of Kazakhstan for the third time managed to qualify for the final stage of the World Cup. Did you expect such a success?

-  The level of competition in the national championship is increasing, we have some new teams and talanted players. Western cities of Kazakhstan are actively developing this sport. The issue of participation of the national team in a number of international games is being worked out in preparation for the final stage of the World Cup-2020. I am sure that our players will do their best at the final tournament in Lithuania.

- At the end of March, two friendly games of the national team against Lithuania and Armenia will take place in Almaty. What do you think about the upcoming matches?

- We try to organize international matches for the national team at the Central Stadium of Almaty. We understand how important the national team is for fans from the southern capital. I think the upcoming games will be exciting. The main tasks for the national team in these games are to show a beautiful game and prepare for the upcoming matches of the UEFA Nations League. Our rivals are strong teams, but the coaching staff led by Michal Bilek is able to set up the players and achieve a positive result. From May 31 to June 8, they plan to held a pre-season training session. The Kazakhstan Football Federation is currently negotiating with potential rivals.