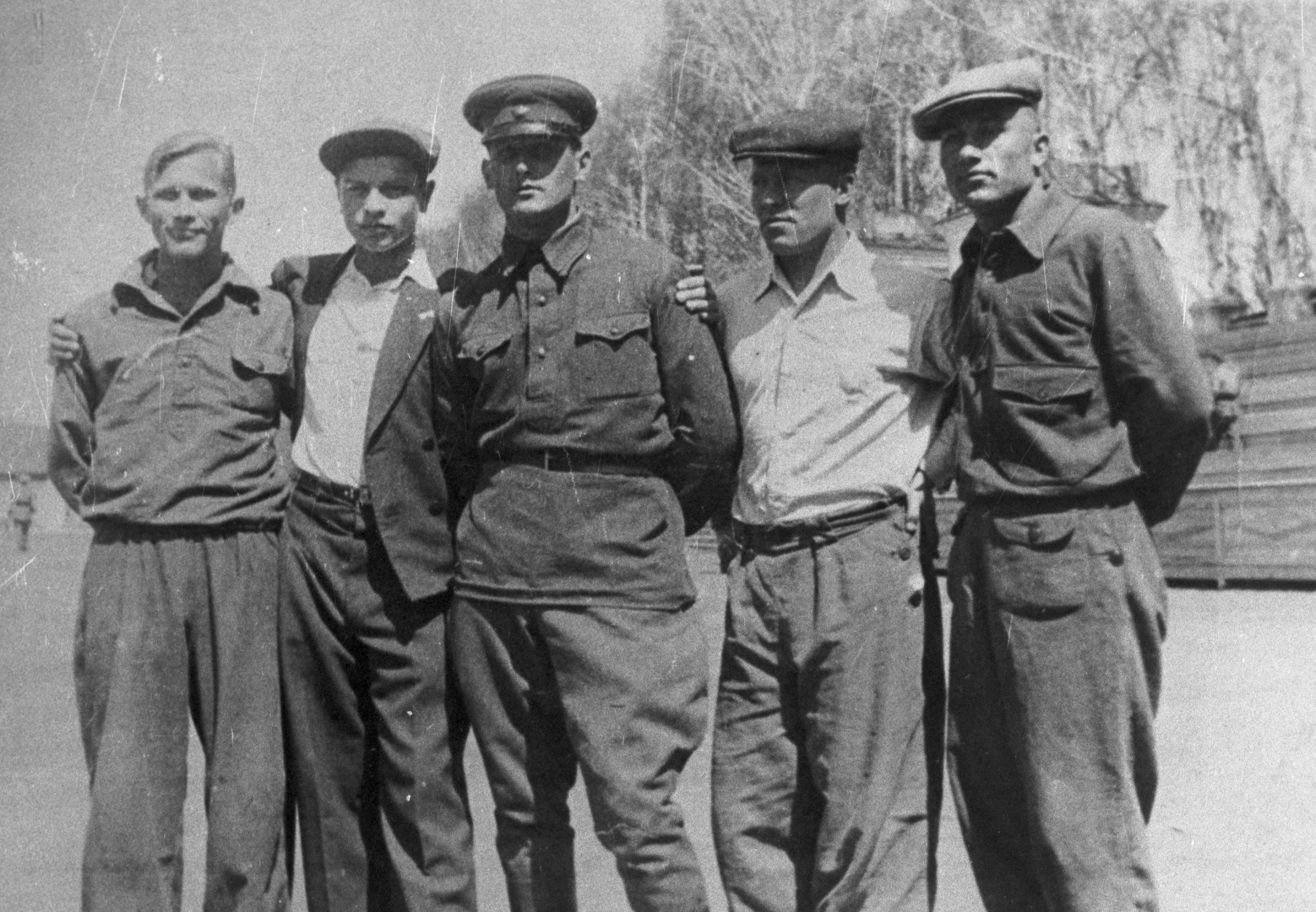 The defeat of the enemy was obtained at the cost of tremendous human effort. Along with other defenders of the Motherland, a feasible contribution to the fight against fascism was made by people whose life was connected with Kazakhstani football. Referee of the All-Union category. He went through the whole war, having met it near Šiauliai on June 22, 1941. Defended Leningrad. Participated in battles on the Karelian Isthmus. He completed the military journey in 1945 after the capture of Koenigsberg.

Behind Rafil Ibragimov more than 300 matches as a referee and lineman in the national championships. The first of the Kazakhstan referees began to serve the matches of the highest echelon of Soviet football. He made his debut as a referee on April 20, 1960 in Tashkent, in the match between FC Pakhtakor and Zenit. For two years in a row, he refereed the final of the Cup of the Kazakh SSR among the teams of masters. He also worked at the international matches. Awarded the title of Honorary Football Referee of the USSR.

He was awarded the orders of the Great Patriotic War I degree, the Red Banner of Labor and 19 medals. 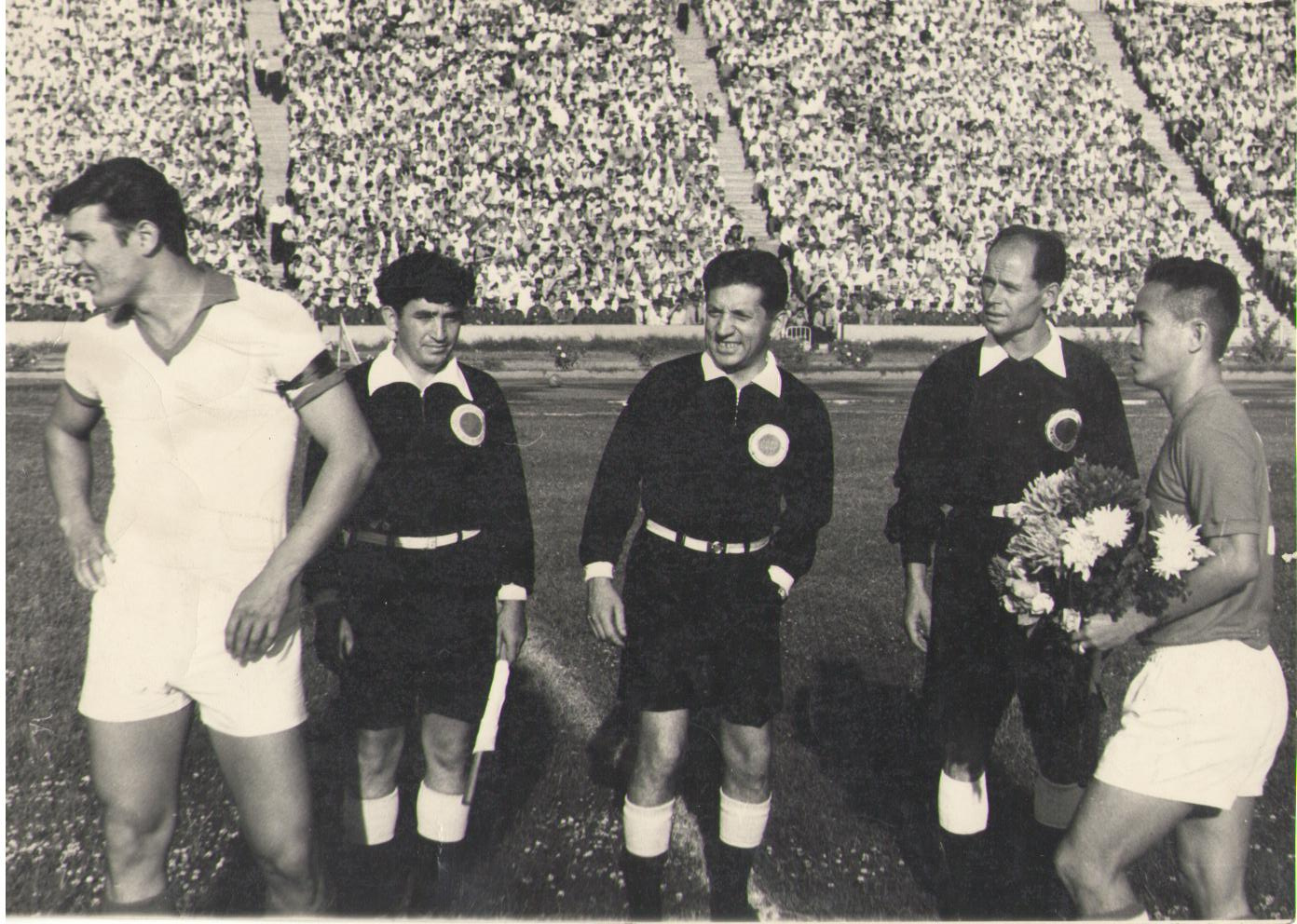 At the age of eighteen, he was assigned to the Stalinabad Tank School. After completing the Army Shot courses, he went to the front. He took part in forcing the Dnieper and the Vistula. He liberated Belarus and Poland.

He was awarded the Order of the Red Star for participating in the operation on the Dnieper. In November 1943, when troops crossed the river at night, under heavy fire from the enemy. Historians still call the crossing of the Dnieper one of the most difficult in the Second World War.

After the war, the life of Vladimir Tolchinsky was inextricably linked with football. He worked as the director of the Central Stadium in Almaty, deputy chairman of the Republican Football Federation, was published in the press and reported on matches.

He refereed 79 matches in the Top League of the USSR Championship. The highlight of the twenty-five-year refereeing career of Tolchinsky was the final of the 1970 USSR Cup between FC Dynamo fron Moscow and Tbilisi. 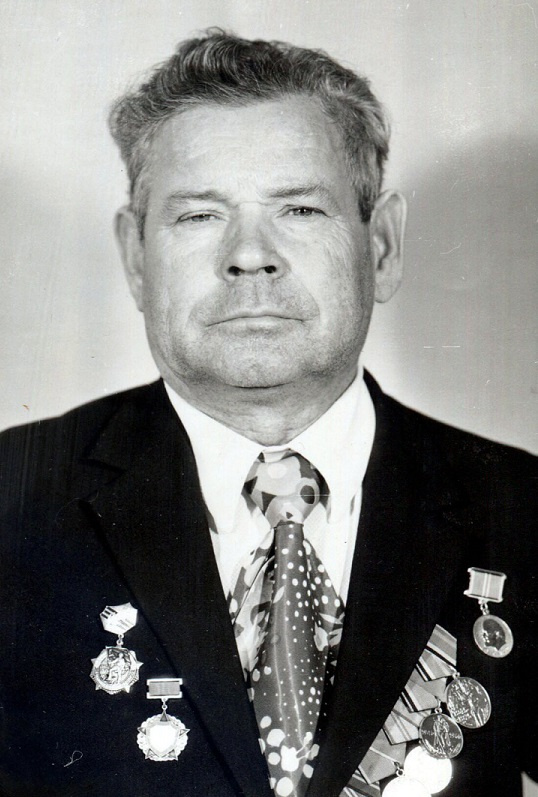 “Leningraders are my children! Leningraders - my pride! ” The words of the famous poem addressed to the great Kazakh akyn Zhambyl Zhabayev to the residents of St. Petersburg.

Football was one of the joys that warmed his soul during the war years. In 1943, Alexey Moskalev became the champion of Leningrad.

After the war, as part of the Dzhambul “Locomotive”, he won the championship of the Kazakh SSR, speaking on one of the leading roles in the team. 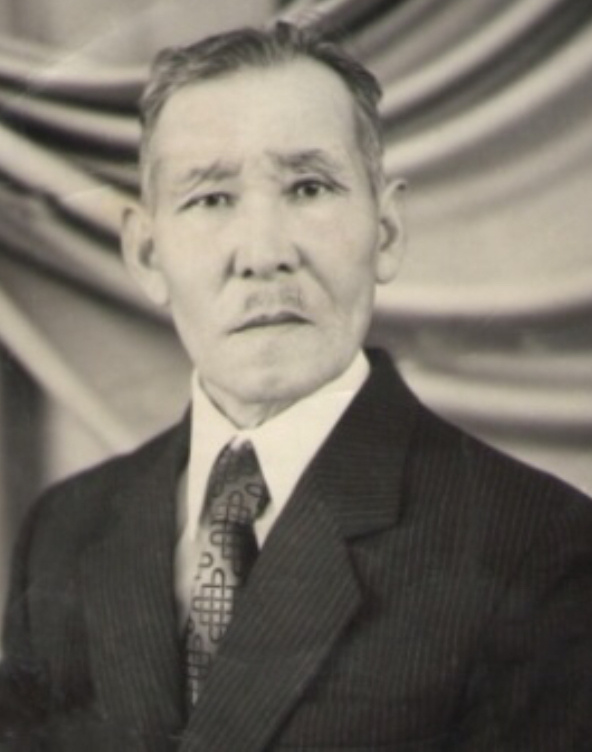 The father of Seilda Baishakov who was the captain of FC Kairat, the first player of Kazakhstani football who played for the national team of the USSR and now adviser to the president of the Kazakhstan Football Federation.

During the Great Patriotic War, he served as a submariner. After the war, he played for FC Dynamo from Dzhambul. The training obtained at the front formed the basis for the formation of the personality of his son. He instilled in him fearlessness and courage, which became characteristic features of the future defender of the flagship of Kazakhstani football. The father of the famous referee and player of FC Spartak from Semipalatinsk (70-80s), Alexander Borisov. In August 1941, he was drafted by the Bauman RVK of the city of Kazan into the army. He got to Budapest. The battle route ended on the banks of the Danube.

As Yuriy Borisov remembered, the high efficiency and reaction instilled in him through physical education and sports were very useful at the front. In 1952, in Tashkent, he performed at the All-Union competitions of the Spartak Sports Society, where he was recognized as one of the best players in the tournament. 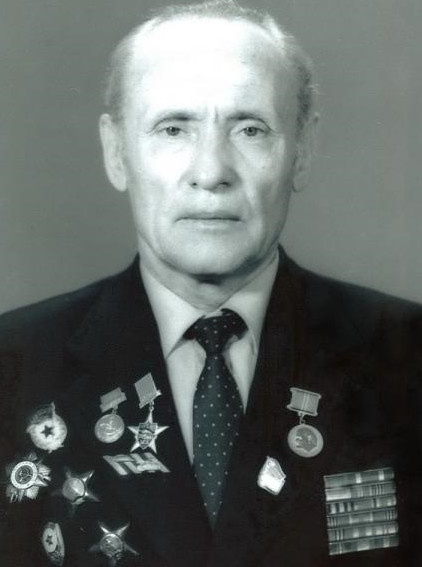 A native of Moscow, having returned from the front, connected his life with Kazakhstan football. He was twice awarded the Order of the Red Star. He played for FC Spartak from Alma-Ata and FC Metallurg from Shymkent. In the latter, he won the 1951 All-Union Central Council of Trade Unions Cup. After the end of his career, the player was engaged in coaching. 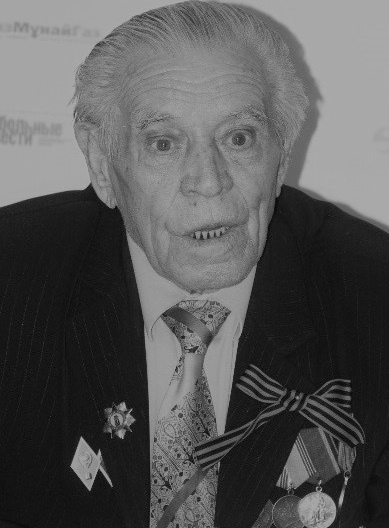 He was known in all corners of the Soviet Union. For many years, Pavel Chernenko worked as the administrator of FC Kairat. During the Great Patriotic War, he graduated from the Alma-Ata Infantry School and was in the 7th Army, operating in the Caucasus.

As the chief of physical training, he cared for the education of strong and hardy warriors and instilled in them the skills of fighting in the mountains. He played in the pre-war championship of the Soviet Union among the teams of the high division. He defended the colors of the Stalingrad "Tractor" and the Minsk "Dynamo".

During World War II, he served in the headquarters of the partisan movement of Belarus, which was located in Moscow. At the same time, he played in the championship of the capital of the USSR in football and hockey.

After the war, and until the end of his days, he lived with his wife in Alma-Ata. In the first post-war years, he played for the city’s teams for the championship of the Soviet Union and Kazakhstan. Then he devoted himself to refereeing and coaching. Honored Coach of the Kazakh SSR. 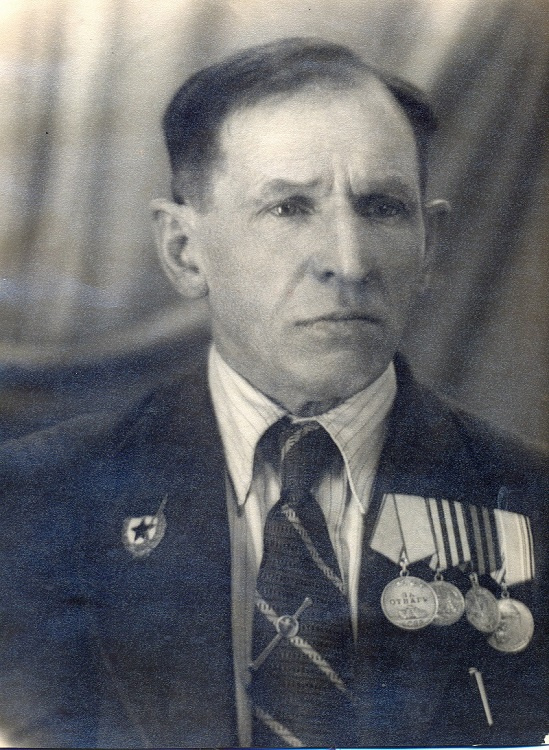 Boris Smordinnikov stood at the origins of the birth of football in the territory of modern Kazakhstan. Even in pre-revolutionary times, he was the foreman of the Neptune Semipalatinsk Sports Club, in which he headed the football section.

In October 1941 he went to the front. All four years of the war he served in the 26th Engineer-Sapper Brigade of the 2nd Baltic Front.

The work of a mine picker requires great care and high intuition. Those who served in the army are well aware of the saying: “Mine pickers make a mistake only once!”

As indicated in the award sheet, on the third and fourth of November 1944, the Red Army soldier of the 189th Novosokolniki Battalion, B. Smorodinnikov, accomplished a heroic feat. In January 1945 he was awarded the medal “For Courage!”

War is not without loss. Not everyone returned from the battlefields. Among them were football players. 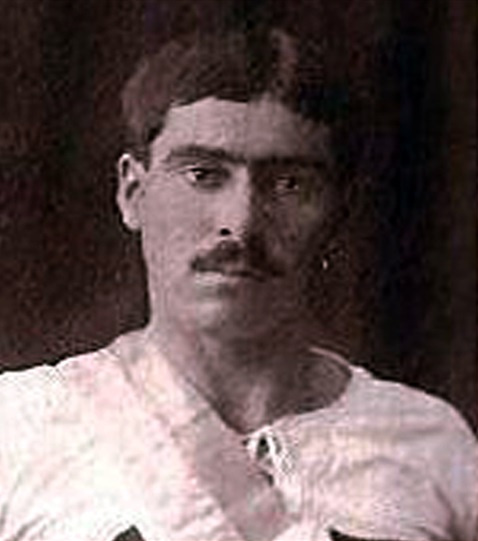 He was engaged in athletics, weight-lifting, wrestling, and skiing. He stood at the origins of the birth of football in the territory of modern Kazakhstan.

In 1918, speaking for the SSK team (Semipalatinsk Sports Club), he participated in a match with prisoners of war from the Austro-Hungarian army.

According to unconfirmed reports, he died at the front. 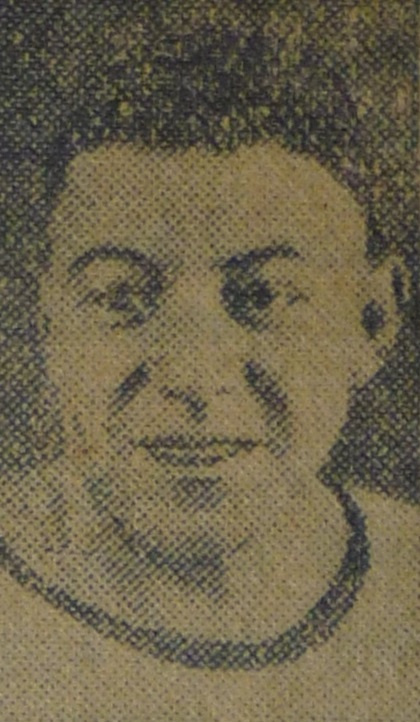 The captain of FC Dynamo from Almaty, who won the 1940 USSR Cup.

He scored the goal in the semifinal match against FC Dynamo from Minsk, in which Kazakhstani players celebrated victory. As well as Gromov, he played in the victorious squad of FC Dynamo in 1940.

If not for the war, Pavel Trofimov could have achieved great success. At the beginning of 1941, a training session was held in Moscow Dynamo, where he was invited by a famous coach Boris Arkadyev.

A letter from Pavel Trofimov, who had gone to the front, dated November 13, 1941, in which he wrote to his brother, was preserved in the family archive: “At five o'clock they unexpectedly raised, and at nine they suddenly left. 50 kilometers a night waved. I have not seen the ball for a long time ..."

No more letters came from him ... 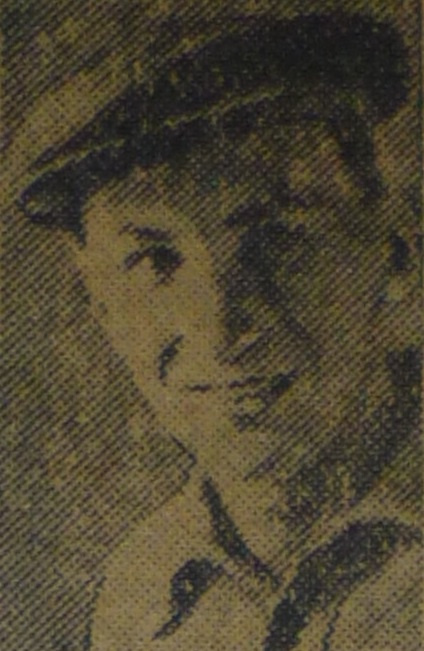 The second goalkeeper of the legendary FC Dynamo from Alma-Ata. The role of the “second” obviously did not suit him, therefore, at the beginning of the 1941 season, Viktor Shapovalov moved to the local FC Spartak. The team was the main competitor of Dynamo. He hoped to open up completely in the new team.

War intervened. His dream of playing at a good level and delighting the audience did not come true ...

Today, from the height of the years that separate us from the events of the war, we say:

The names of other Kazakhstani players who went through the Great Patriotic War are still unknown to a wide circle.

We would be grateful to the relatives and friends of such people for additional information.

Stanislav Sarsekov, Head of the Museum of Kazakhstan Football, especially for www.kff.kz

SKOROMNY DANIIL ILYICH
Each family knows and remembers our heroes
The licensing and certification of Kazakhstan football clubs and stadiums is nearing completion
Congratulations to Raziia Nurkenova on her birthday!
KFF Management Holds Meeting with Partners from Kazakhstan Amateur Football Leagues
Issues of holding the Eurasian League, the Championship and the Kazakhstan Beach Soccer Cup were discussed
Representatives of KFF, women's football clubs and Youth Sports School discuss working issues
Videoconference of KFF Staff and Regional Federations Held
Heads of KFF and PFLK discuss a preliminary plan for the resumption of competitions and other joint projects
UEFA Management Holds Online Videocall Meeting with General Secretaries of National Associations
Up